Open Letter to The President of Sierra Leone on Black Johnson 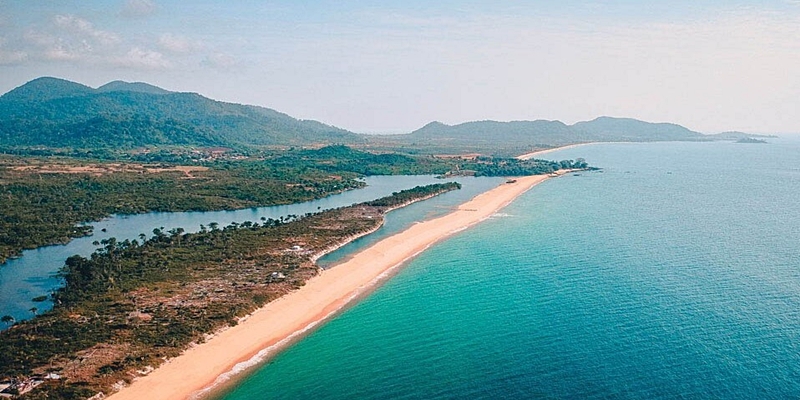 Once this Black Johnson deal for a fishing port on the Freetown Peninsula to be financed by the Chinese government that is generating brouhaha even locally amplifies in the international media, it will be a public relations disaster for your administration - as humanity marches towards another global Climate Change meeting, COP-26, in the United Kingdom in November, 2021.

The beaches on the Freetown Peninsula are some of the most idyllic on planet earth.  We cannot deface one of them by positioning industries on our beachfront and argue that others won't be affected.

Given my  knowledge on how global greens think and work, having been the brain and CEO of environmental organizations in Liberia, Nigeria, and here in Sierra Leone over a 35 years period (the SAVE MY FUTURE CONSERVATION SOCIETY in Liberia, leading to GREENLOVE/Nigeria and GREENLOVE/Sierra Leone), I suggest you step back from this Black Johnson fishing port deal - and gain appreciative applause from the global greens as Climate Change has become the most vital issue on the global agenda; and begin the process to raise billions of dollars for Sierra Leone playing the Green Card. The problem of our country since the 1960s is that too many of our bureaucrats and politicians refuse to THINK; they are always ready to sell our country cheaply to any foreign investor for short term gains. With our abundant natural resources of iron ore, diamonds, bauxite, titanium, gold...mined for about eighty years, what have Sierra Leoneans gotten from it. Poverty!!! And suicidal environmental degradation. Let your government officials work with thinking people out of government to research this issue of Black Johnson, and correctly inform you, Mr. President.

The Black Johnson potential environmental crisis is symptomatic of the cruel and unchecked environmental degradation in Freetown especially. The accelerated environmental degradation on the Freetown Peninsula especially after the end of our civil war in 2002 was made chilling after the 2017 mudslide that buried alive about one thousand of our citizenry; with politicians and bureaucrats shedding hypocritical tears for the victims of their  clear bureaucratic CRIMINAL NEGLIGENCE; though the Environment Protection Agency (EPA) has mapped out about twenty "Disaster Prone Areas" in the Western Area, very little has been done since 2017 to prevent the next big environmental disaster. Let us save the most beautiful real estate in West Africa that we have in the Freetown Peninsula, Sir. And save our people from worst disasters. Let us develop a GRAND GREEN PLAN for the Freetown Peninsula, and Sierra Leone.

May the Infinite Divine guide and guard you.

This article has been read 399 times
COMMENTS