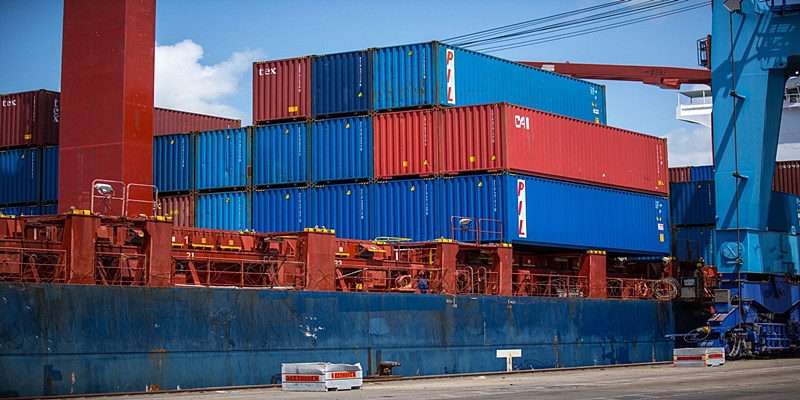 Illicit trading along Africa’s Indian Ocean coastline presents a seemingly intractable set of problems. The sheer range of products, the number of entry points and trade routes, and the ability of smugglers to evade enforcement by re-routing or bribery, are staggering. There are initiatives to address the problem but it remains a huge, complex and multi-facetted challenge.

Among the commodities known to be traded across the Eastern and Southern African littoral are wildlife products (including ivory, rhino horn and pangolin scales), small arms, narcotics (heroin, methamphetamine, cocaine and methaqualone), tobacco, counterfeit manufactured goods, minerals (gold, gemstones including diamonds and rubies, and coltan), illegally-logged timber, alcohol, sugar and human beings. Places, patterns and players differ but it is worth remembering that illicit trade tends to be both opportunistic and convergent. Illegal traders operating in a specific area can be assumed to be willing and ready to use their networks to carry other types of illicit goods. The expansion of South Africa’s drug dealing networks into illicit tobacco under Covid-19 lockdown is a good example.

So wide is the illicit trade phenomenon that it has generated separate literatures based on different types of commodities and manufactured goods. Some types of smuggling are better understood than others. Wildlife poaching and smuggling, in all its diversity has probably generated the widest literature and the most coherent on-the-ground responses. The drug trade is also reasonably well documented but encounters the same issue as all illicit trade. Because it is illegal everywhere, there are no official figures and data is based on successful interceptions by the authorities. Reported illicit trade can, in some instances, be more a reflection of the diligence of enforcement authorities (and the interest of researchers) than any on-the-ground reality.

It is because Kenya has actually conducted a national baseline study of its counterfeit goods market (in 2019/20) that figures can be attached to the scale of the problem in that country. The study found that 40 percent of consumer products sold in Kenya are illicit and that the trade robs the Kenyan fiscus of US$900 million a year. There are no comparable studies of other countries in Eastern and Southern Africa, including South Africa, which renders the evidence (on counterfeit goods) from those markets heavily anecdotal.

A number of recent publications by the Global Initiative Against Transnational Organised Crime ( the Global Initiative), Interpol and the Counter Extremism Project  emphasise that it is the limited enforcement capacities of states which allow illicit trade to thrive. Where enforcement capacity is improved, as has happened in in various ways in both Kenya and Tanzania, the trade simply shifts elsewhere, often making use of smaller harbours, beach landings or insecure airports. In recent years it seems that more effective security surveillance off Zanzibar led to a shift in the trafficking route for Afghan heroin to northern Mozambique.

Of course, illicit trade is anything but a uniquely African phenomenon. The United States (US) -  Helsinki Commission (an initiative of the US Congress) heard in 2017 how 40 percent of cigarettes sold in Marseilles are illicit and that France could be regarded as the ‘contraband capital of Europe’.  Developing countries which are still in the process of constructing state capacity, face particular challenges.  Illicit trade is part of a vicious circle in which the state-building project is undermined through diversion of resources while the range of challenges facing governments grows in proportion.

The link has been drawn between illicit trade and political terror. Former British diplomat Sir Ivor Roberts explicitly draws a link between illicit trade, limited enforcement capacities and political instability. Informal governance and weak enforcement in countries like Somalia, the Central African Republic (CAR) and the Democratic Republic of Congo (DRC), as well as Mozambique’s northern Cabo Delgado province, increases the vulnerability of the entire 3 000-kilometre Indian Ocean coastline.  ‘There is little point in bolting the front door while your neighbour leaves the back door hanging off the hinge’, he writes.

Roberts argues that there is a decisive link between political extremism and illicit trade. Extremist groups including Al Shabaab in East Africa, Janajaweed in Sudan, the Lord’s Resistance Army in northern Uganda and Ahlu Sunnana Wal Jamaah (ASWJ) in Cabo Delgado and southern Tanzania are all known to have benefitted from some type of illicit trade or smuggling.

But these links are not necessarily as clear as they might seem at first glance. The Global Initiative expected to find that the ASWJ insurgents in Cabo Delgado competing for heroin trafficking routes in the region. To the contrary, they found the insurgency had displaced drug smuggling further south in Mozambique.  The Global Initiative argues that far from being funded by the illicit heroin trade, the ASWJ insurgency can be interpreted as a response, on the part of the excluded, to the monopolization of revenue streams by ‘a narrow political and military elite‘, associated with the ruling Frelimo party.

The dynamics which affect the drug trade in Cabo Delgado are clearly in a state of flux. Much more is trafficked than the heroin that has been so prominently in the news recently. Methamphetamine precursor chemicals, also originating in Afghanistan, are reported to have made up half of illicit shipments in 2021. There is evidence that Latin American drug cartels have been routing cocaine through Mozambique facilitated by the increase in container traffic as a result of the 2015 trade agreement between that country and Brazil in 2015.

Illicit trade is a product of underdevelopment and development dynamics working in tandem. Better infrastructure and larger volumes of trade open up more opportunities for smuggling which has effects that undermine development.  At present, the states of Eastern and Southern Africa are being ‘picked apart’, to use Roberts’ expression. But as the burgeoning literature indicates, awareness of the problem has grown and it is to be hoped that this will drive the comprehensive solutions needed.

David Christianson is a consultant. He has previously been a political scientist, NGO researcher and development banker. He entered business journalism in 1997 and was Diageo African Business Writer of the Year in 2006.

This article has been read 1,216 times
COMMENTS