Islamic Banking and Finance in Africa 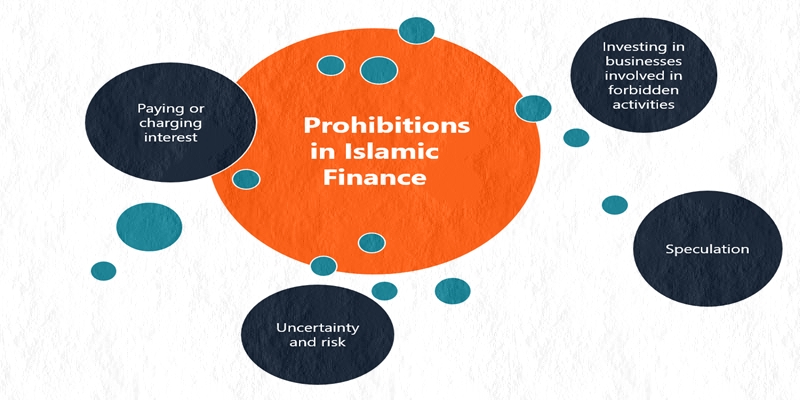 Islamic finance is a financial industry, which is about some five decades old in its modern format and its activity is compliant with Islamic Shari’a or Islamic law. It provides financial services through instruments that handle risk sharing (Mudaraba and Musharaka) and profit/loss sharing (Murabaha, Istisna, etc.), leasing (Ijara) and safekeeping (wadi’ah). In fact, Islamic finance is as old as Islam and before the taking hold of modern conventional banking, it was the norm in the Islamic world from Andalusia (currently the Iberian Peninsula) to India. Many of the contractual obligations (business/finance/or otherwise) in the French legal system are borrowed from the Islamic Shari’ah, indeed.

The recent growth of the industry was spurred by the surplus funds of the oil industry in West Asia (the Gulf countries) and Northeast Africa (Egypt) in the early seventies and spread on to South Asia (Malaysia, Indonesia, and Pakistan, in the main but also to India, Bangladesh and others), Europe and more recently to Africa.

The industry grew from a small size in the millions of United States Dollars in the early seventies and is now expected to reach some USD 3.69 trillion by 2024 according to the REFINITIV & ICD 2020 REPORT of December 9th, 2020. According to the report, Global Islamic finance registered USD 2.88 trillion in 2019 of which the GCC countries registered USD 1.2 trillion, MENA excluding GCC recorded USD 755 billion and South Asia recorded USD 685 billion. The major players of the industry continued to be Bahrain, Malaysia, Indonesia, the UAE and Saudi Arabia.

Although, Islamic finance industry started with Mit Ghamar in Egypt, Africa, in 1963, under a low profile for political reasons (Aburime and Alo, 2009, Mouawad, 2009), it did not take root in the continent until much later in the first decade of the twenty first century.  Currently, however, the industry is growing in the continent, which enjoys over 700 million adherents of Islam (some 53% of the continent’s population of some 1.34 billion as of July 2020 (Google). The size of the Islamic banking and finance in the continent is growing and over 80 institutions are reported to be exclusively offering their services in the continent (Africa Review, March 14, 2021). These institutions are in Sudan, Northern Africa from Egypt to Morocco and countries in Sub-Saharan Africa including among others Djibouti, Kenya, Nigeria, Senegal, and South Africa. In addition to the stand-alone Islamic institutions, many conventional banks in Africa offer Islamic banking financial services such as ABSA Bank of South Africa, and Sterling Bank Plc of Nigeria. Many of the continent’s countries are implementing legal and regulatory frameworks to spur growth in their Islamic banking sectors.

The majority of Africa’s population, Muslim or otherwise, remain unbanked or financially underserved, and accordingly present a potential market where Islamic banking and finance can grow rapidly. In this respect, we must recall, that banking in Africa generally came with colonial Europe to serve the colonial administrations and perhaps a small elite in each country that were privileged by the system. The African population, be it individual or small and medium enterprises, lived and worked with their wits, with no financial support from the financial system of the colonial countries and this continued even after independence, for the banking system continued to service only the governments and those that were benefiting from the system.

Many of the Muslims in the continent also abhor the financial systems because of the religious inhibitions and therefore Islamic finance offers the continent an opportunity to increase financial inclusion. Many countries in the continent now offer Islamic microfinance. They include among others, Nigeria, Cameron, and Mali. Some countries like Sudan and Somalia exclusively offer Islamic banking and finance, and it would appear that there is no room for conventional banking services. Islamic banking and finance are, indeed, a credible alternative to conventional finance and intrepid financial gurus should take advantage of the opportunities offered in the continent – a huge unbanked population.

It should not be a surprise that the youth population in Africa never inherit much of any business from their parents and hence start to move on to seek their livelihoods from beyond the family farm, shops, and other small businesses, and this explains why thousands and perhaps millions of them travel beyond the continent to other parts of the world, many of them perishing in the way.

In many financial reports, one often encounters readings that the continent requires annually funding in the range of US$ 170 to US$ 200 billion to build up its infrastructure and Islamic finance offers a non-usurious way to raise funds and finance for these projects. Africa financing opportunities can be secured through its mineral wealth and setting up of a secure legal infrastructure allowing those who invest to be able to have access to their investments and profits. Of course, any investment anywhere involves risks, but that should only be related to commercial risks, and therefore, should not include political risks.

One of the better instruments for this type of finance are Sukuks where one holds one’s investments until maturity, which creates a stable investment structure. Many of the larger Islamic financial institutions in the world can use these instruments to invest in the continent and as the investment is backed, usually by tangible assets, non-performance and hence provisioning is reduced greatly.

As the year 2021 almost starts to wind down and the Corona Pandemic effects on business and finance appears to be ending with vaccinations, being rapidly deployed, there would seem to be opportunities opening up for many a business and this includes Islamic banking and finance in Africa. There would appear to be increasing interest in the industry in the continent and many of the international rating agencies such as Moody’s, S&P and Fitch have all indicated a potential for the industry in Africa. How this materialises, is to be observed in the coming twelve to eighteen months.

This article has been read 353 times
COMMENTS