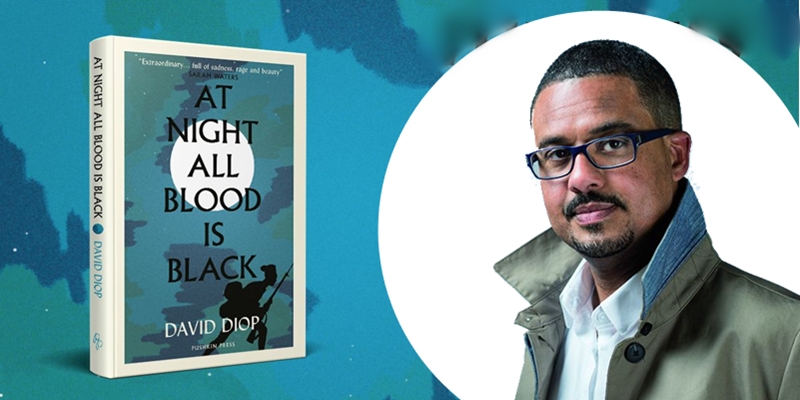 It is hard to keep up with the news, but this is one that we should celebrate. The Franco-Senegalese author David Diop won the International Booker Prize 2021 for his book, “At Night All Blood is Black“. I know, it is hard to keep up with all the different prizes, Man Booker Prize, International Booker Prize, and countless others. This one is nonetheless important because first of all, David Diop is the first African to win the prestigious prize, but also because his book “At Night All Blood is Black” talks about all those African soldiers who helped to free France, and yet were never recognized, and instead were insulted, laughed at and more. The book, originally published in French in 2018 under the title “Frères d’âme” or Soul Brothers, weaves the history of World War I with the history of colonialism. The novel describes the experiences of Senegalese Tirailleurs fighting for France in the trenches.

The main character, Alfa Ndiaye, descends into madness following the death of his childhood friend Mademba Diop who had also been recruited as a tirailleur, and inflicts extreme brutality upon his German enemies. Diop was inspired to write the book by his French great-grandfather’s service during the war. Diop stated “He never said anything to his wife, or to my mother, about his experience. That is why I was always very interested by all the tales and accounts which gave one access to a form of intimacy with that particular war.”

As a side note, “tirailleur” was the name given by the French Army to indigenous infantry recruited in the various French colonies. They were not all Senegalese, even though the name always said “tirailleur senegalais,” but rather came from all over Africa. They served for France in a number of wars, including World War I, World War II, and several others. The name “Tirailleur” is a link of two words “tir ailleurs” to laugh and denigrate the indigenous troops by saying that the soldiers were not capable to shoot on target, more like to mean “shoot off target”; it could be translated as skirmisher.

It is also good to note that there is no family link between the great Senegalo-Cameroonian poet David Mandessi Diop [Afrique de David M. Diop / Africa by David M. Diop] and this David Diop… We applaud the success of both namesakes. So good to have such a an illustrious namesake and walk in his path.

I leave you here with the link to the article on The Conversation., and more importantly on the video of the Massacre of Thiaroye [Thiaroye: A French Massacre in Senegal, ‘Thiaroye Massacre’ by Ousmane Sembene] showing the poor treatment and sometimes massacre of these tirailleurs by the French, when they returned home after serving France.

This article has been read 545 times
COMMENTS