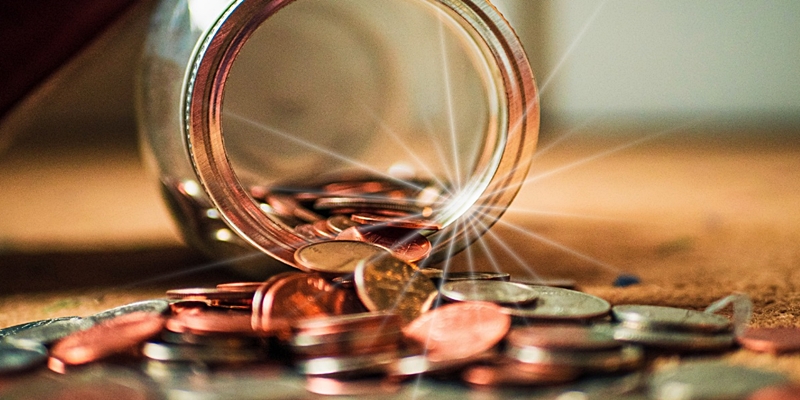 Africa is now facing the world’s fastest growth rate for new COVID cases, with an exponential trajectory even more alarming than during the second wave in January. Based on current trends, this wave will likely surpass previous peaks within the next week.

It is a human tragedy—and an economic calamity. Countries across the continent—from South Africa, to Uganda and Rwanda—are forced to reintroduce restrictions, further denting a precarious recovery. In the face of new variants, Africa is ill protected, due to severe vaccine shortages. So far, only 0.6 percent of Africa’s adult population have been fully vaccinated.

The warning signs are clear: a two-track pandemic is leading to a two-track recovery. Africa is already falling behind in terms of growth prospects. This year, we project the global economy to grow by 6 percent, but only half that—3.2 percent[1]—in Africa.

This ought to change, for the sake of Africa and for the benefit of the world. And it requires international cooperation on multiple fronts.

(1) First, step up international cooperation to end the pandemic.

IMF staff recently proposed a $50 billion plan that involves vaccinating at least 40 percent of the population of all countries by the end of this year and at least 60 percent by mid-2022.

The $50 billion price tag is dwarfed by the estimated $9 trillion boost to global economic activity by 2025 from faster vaccine rollout and faster recovery. It would be the best public investment of our lives—and it would be a game changer for Africa.

Together with the World Bank, WHO, and WTO, we are forming a ‘war room’—a task force to monitor and accelerate the implementation of this plan.

I am encouraged by pledges for vaccine support from international partners, including one billion doses announced at the G7 summit. I strongly support efforts to diversify vaccine production on the Continent.

And I commend the African Development Bank and the African Union for providing vital support, including through Rapid Response Facilities and vaccine procurement. At the IMF, we are also working on deploying our financing instruments to ensure that health systems have the capacity to save lives and secure the recovery.

Debt levels—which were already elevated before the pandemic—have increased sharply. Public debt in sub-Saharan Africa jumped by more than 6 percentage points to 58 percent of GDP in 2020, the highest level in almost two decades.

Interest payments last year reached 20 percent of tax revenue for the region as a whole and exceeded one-third of revenue in some countries. Similarly, public debt in North Africa rose by about 12 percentage points to an average of 88 percent of GDP last year.

To help safeguard debt sustainability, the world has stepped up. The IMF has provided debt service relief to its poorest members. And together with the World Bank, we advocated for the G20 Debt Service Suspension Initiative, as well as for the Common Framework for debt resolution, designed to provide deeper debt relief to countries with higher debt vulnerabilities.

Thanks to the joint efforts of our members, we have reached two historic milestones: last year, Somalia received debt relief under the enhanced HIPC Decision Point and is now benefiting from our financing—and today, Sudan is on the same path.

The DSSI has provided much-needed breathing space; and it has been extended until the end of this year. Now is the time to make the Common Framework fully operational. Three countries have asked for debt treatment under the Common Framework—Chad, Ethiopia, and Zambia. And I am encouraged that Chad recently received financing assurances from its G20 bilateral creditors. We now need speedy commitments, on comparable terms, by private creditors and other official bilateral creditors.

Successful implementation of the Common Framework in the first cases under consideration is crucial for other countries with unsustainable levels—they should also seek early action for debt resolution. This is particularly important in light of strong growth in the developed world, especially in the US, and the likelyhood of gradual monetary policy normalization that could increase the cost of debt service.

Clearly, the best way to deal with debt is for economies to grow. This is not an easy task during the pandemic, when governments face reduced revenues and increased spending on crisis measures. But this crisis is an opportunity for transformative reforms—to improve public services, strengthen governance, and boost domestic revenue mobilization.

Think of how digitalization can improve tax administration and revenue collection, and the quality of public spending. With radical transparency, Africa can tap into new sources of finance, such as carbon offsets. And there is room to encourage more private investment in social and physical infrastructure.

As noted at the G7 summit, Development Financing Institutions and multilateral partners intend to invest at least $80 billion into the private sector in Africa over the next five years. And the G20 Compact with Africa remains a key framework to enhance the business environment in Africa—and now is the time to expand and strengthen this initiative.

We also need to modernize international taxation. We see growing support for a global minimum corporate tax, which can end the race to the bottom and reduce tax avoidance. We welcome international efforts on digital taxation. This would help ensure fairer distribution of tax revenues—which will help address Africa’s significant financing needs.

At the IMF, we are doing our part. We swiftly ramped up our financing for the Continent—including by providing in one year 13 times our average annual lending to sub-Saharan Africa. We have received support to increase access limits, so we can scale up our zero-interest lending capacity.

And as we speak, our Executive Board is discussing the successful completion of Egypt’s Stand-By Arrangement—whereby the IMF provided about $8 billion to help Egypt address its pandemic-related financing needs, while helping to safeguard debt sustainability.

Our membership also backs an unprecedented new allocation of Special Drawing Rights of $650 billion—by far the largest in our history. Once approved, which we intend to achieve by the end of August, it will directly and immediately make about$33 billion available to our African members. It will boost their reserves and liquidity, without adding to their debt burden, and it will help address their emergency needs, including vaccines.

In addition, we are working towards magnifying the impact of the new allocation—by encouraging voluntary channeling of some of the SDRs and/or budget loans to reach a total global ambition of $100 billion for the poorest and most vulnerable countries. We are exploring with our membership options on how we can get this done—through the Poverty Reduction and Growth Trust and possibly a new Sustainability and Resilience Trust.

In this pivotal moment, Africa can count on the IMF. We are deeply committed to all countries in the region, supporting the heavy lifting on recovery efforts and transformative reforms.

[1] Excluding the impact of Libya experiencing a large one-off increase in oil production.

This article has been read 289 times
COMMENTS