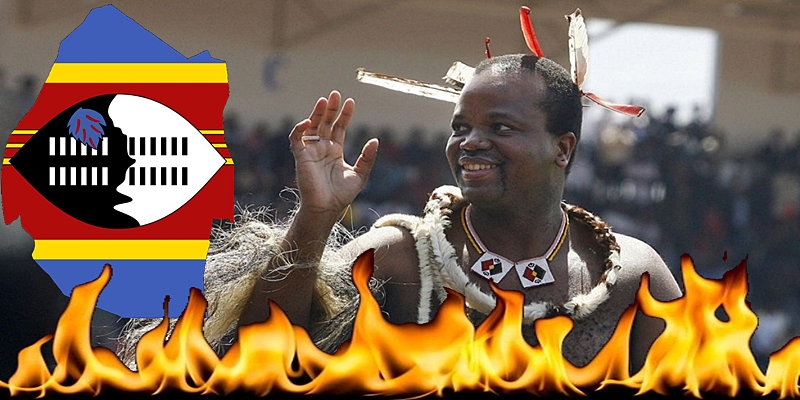 Trouble is brewing in eSwatini, the country of Africa's last absolute monarch King Mswati III. The monarch changed the country’s name from Swaziland to eSwatini as a symbol of accepting reforms. Some African countries have changed their names — either to get rid  of their colonial legacies or because their respective rulers wanted to usher in a new era. After Rhodesia gained independence in 1980, it became known as Zimbabwe. Four years later, the Republic of Upper Volta was renamed Burkina Faso.

While many people in eSwatini hail the return to the old name, campaigners say the king has consistently evaded calls for meaningful democratic reforms. They  decry police brutality, curtailment of basic freedoms, the royal family's extravagant spending and poor infrastructure among other issues.

The people of eSwatini must be sober,  tactical and adress the systemic shortcomings if they have to avoid moving round in circles. The Rhodes must Fall campaign saw the statue of Rhodes fall in a metaphorical clamour for transformation from Eurocentric heritage to African heritage. This has not  translated to meaningful improvement of living standards among South Africans. Ten years after the mass popular uprising known as the Arab Spring began in January of 2011, optimism is still hard to find. While the Arab spring disrupted the system, it lacked structure — or concrete plans for the future.

Both the monarchy and the citizens must be sober, dialogue and meet in the middle to avert a looming economic, humanitarian and governance crisis in eSwatini.

This article has been read 761 times
COMMENTS