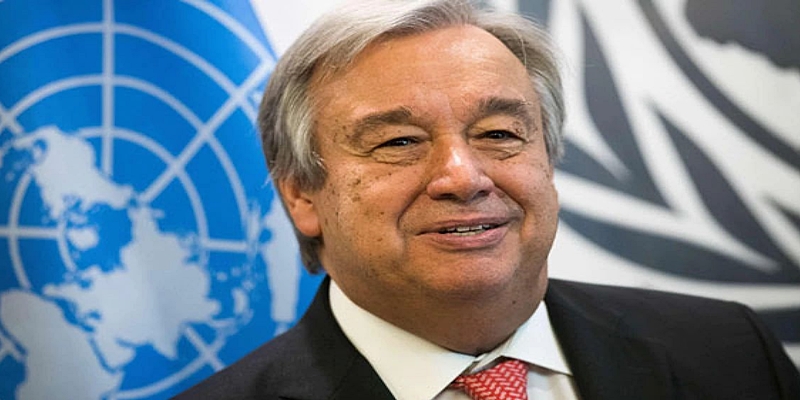 The fight against terrorism has seen important advances.  Attacks have been thwarted across the world, and hundreds of terrorists have been brought to justice.

Yet the threat has persisted and diversified.  And the fight against terrorism has itself caused damage.  Al-Qaida and ISIL [Islamic State in Iraq and the Levant] have continued to exploit social grievances and gender stereotypes to inspire lone actors and co-opt other groups.

Their advances in Africa have been especially alarming.  Supporting African countries to prevent and counter the threats posed by these groups must be a global priority for us all.  In the Middle East and North Africa, ISIL and Al-Qaida have faced major leadership losses and been scattered.  Their members have gone underground but continue to attack and make plans to free detainees and reconstitute their external operations capabilities.

I remain deeply concerned about the issue of foreign terrorist fighters — both the need to hold them accountable and the fate of the tens of thousands of relatives, women and children, associated with them, especially children, who remain stranded in conflict zones and who I hope Member States will consider repatriating in line with international law.

Recently, there has been some progress in this regard, but it has been slow and not comprehensive.  The situation is dire.  At the same time, years of increasing polarization, governance failures, and a normalization of hate speech have benefitted terrorist groups.

The threat stemming from white supremacist, neo-Nazi and other ethnically or racially motivated movements is increasingly transnational.  It is also clear that terrorist groups will exploit hardships and inequalities related to the COVID-19 pandemic.

In this evolving context, the core principles of the United Nations Global Counter-Terrorism Strategy remain fully valid.  We need consistent, coordinated and comprehensive efforts across countries, sectors and disciplines, anchored in human rights and the rule of law.  I hope that the General Assembly will reaffirm the consensus behind the Strategy and adopt on Wednesday a forward-looking resolution for its review.

We need to keep working to translate this consensus into practical action.  I would like to suggest three overarching priorities.

First, building resilience.  Strong, just and accountable institutions — as reflected in Sustainable Development Goal 16 — are a pre-requisite for States to deny terrorists the space to operate, bring them to justice and provide security to their populations.

Rehabilitating and, where possible, reintegrating terrorism offenders after they serve their sentences is also essential for breaking the cycle of violence.  However, our efforts cannot only be reactive.  We need to prevent terrorism from gaining any toehold in the first place.  For this, we need to build institutional, social and individual resilience to stem terrorist recruitment.

More resources need to be marshalled towards addressing the grievances that terrorists exploit, standing up to hate speech and discrediting terrorist narratives.  Victims and survivors have a key role to play.  Youth should also be at the centre of these efforts.

Second, we need a human-rights reset for counter-terrorism.  Protecting and promoting human rights, including gender equality, is not an operational or strategic impediment.  It is a requirement for successful counter-terrorism.  We know that when counter-terrorism is used to infringe upon the rights and freedoms of people, the result is more alienation within communities and stronger terrorist narratives.

We must address this by ensuring that security approaches are non-discriminatory and abide by the rule of law.  Further, we need to prioritize justice and support to victims of terrorism.  We need to recognize that regardless of the ideology of these groups, misogyny and the subjugation of women and girls is a common element of their agendas.

The United Nations system is fully mobilized behind my Call to Action for Human Rights.  It will be critical to safeguard humanitarian action to help vulnerable populations affected by terrorism and conflict.  Fostering a vibrant, pluralist and independent civic space is crucial to drown out hate.

Third, counter-terrorism needs to rise to the challenges and opportunities of transformative technologies.  COVID-19 has accelerated our dependence on cyberspace.  We need to nurture technological innovation — but also to mitigate its growing risks.  The spike in cyberattacks and cybercrime since the pandemic should be a wake-up call.

My road map for digital cooperation seeks to foster cyber trust, security and inclusion, while recognizing and protecting human rights in the digital domain.  My newly launched efforts to harness the potential of behavioural science can also contribute to our prevention agenda.

Terrorists and their criminal supporters will invariably seek to exploit new technologies.  Social media are already used as accelerants of hate speech and violent ideologies.  Encryption is helping protect privacy but is also misused by terrorists to communicate.

Blockchain and ransomware can be used to fund terrorists.  Commercial drones and 3-D printing are making it easier for them to access weapons.  Deep fakes enabled by artificial intelligence could stoke conspiracy theories peddled by terrorists and defeat facial and voice identification systems.  Our understanding, capabilities and actions have not kept pace with these risks.

Member States have the ultimate responsibility to prevent technologies from falling into terrorist hands.  We cannot afford anyone lagging behind due to a lack of capability or adequate regulation.  At the same time, new technologies need to be harnessed responsibly for counter-terrorism, within the framework of the rule of law and human rights.

It is especially urgent that States develop the capabilities to collect, use and exchange electronic evidence of terrorist activity online and offline.  Drones, biometrics, artificial intelligence and big data offer new tools to protect vulnerable targets, thwart attacks and bring terrorists to justice.

The United Nations system will continue to be your close partner at this pivotal moment for pandemic recovery, counter-terrorism and our efforts to build a future of peace and dignity for all.

This article has been read 226 times
COMMENTS