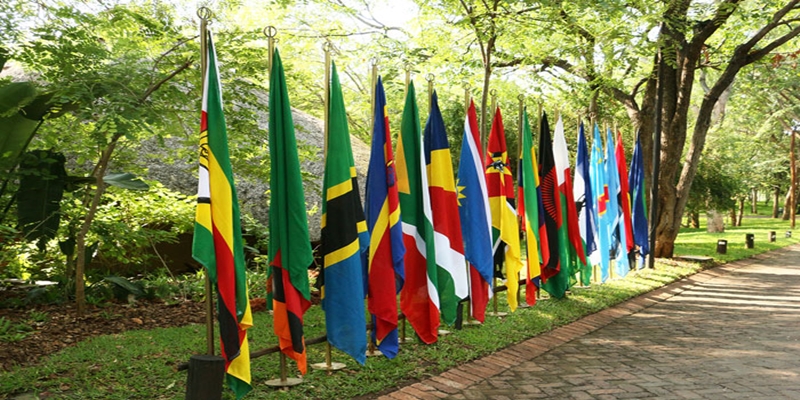 They were in the country for the extraordinary summit of Heads of State and Government organized by the Southern African Development Community (SADC) to review progress made in the implementation of the theme of the 40th SADC Summit; SADC: 40 Years Building Peace and Security, and Promoting Development and Resilience in the Face of Global Challenges, which was earlier endorsed by the SADC Summit in August 2020.

The topic that got special attention was regional security and its possible impact on business and investment climate, with a particular focus on Mozambique. The President of the Republic of Mozambique, Filipe Jacinto Nyusi, together with 15 leaders from Southern Africa, finally agreed to form a regional Standby Military Force.

The sources of funding for the force made up of a contingency fund and contributions from the Member-States that participate in the force, which should contribute between themselves with $7 million (€5.8 million).

While multiple barriers including high tariffs, customs rules and pitfalls on border-crossing with stocks still remain and hamper regional economic integration, Mozambican President Filipe Nyusi reaffirmed commitment to turn SADC into an example of regional integration. He Mozambican leader called for the speeding up of the ratification of protocols essential to economic integration.

The establishment of a customs union that evolves into a single market and monetary union is still a huge challenge. It delays the process of ratifying protocols on regional trade. Imbalances such as great differences in macroeconomic stability, uneven levels of industrialization, lack of complementarity in the structure and production base and inefficiencies in the value chain characterize each of the states.

Comparing all regional economic blocs in Africa, SADC seems unique but it is critical to fast-track reforms for a better business environment and macroeconomic stability. Agostinho Vuma, the President of the Confederation of Economic Associations of Mozambique (CTA) acknowledges that tariff and non-tariff barriers are an obstruction to economic integration in southern Africa. On the other hand, low production capacity and prohibitive interest rates imposed by banks weaken economic development and regional integration.

Some practical reforms that are conducive to the strengthening of private sector companies in southern Africa, could drive the rapid integration of the region’s economies in a future free trade area, and could attract foreign investors to strategic sectors in the region are needed.

The forum also discussed the socio-economic impact of COVID-19 and post-pandemic recovery strategies, infrastructure and regional corridor development and industrialization.

On infrastructure, participants reviewed regional transport corridors that support the trade and regional integration agenda and further focused on interventions needed to form structures and attract investments. The establishment of the SADC Regional Development Fund in 2015 aims at mobilizing funds for key infrastructure and industrialization projects.

In order to make entrepreneurship an asset in the collective structure of the region, the discussion panels share, reflect and promote the existing regional dynamics and good practices, with a global impact on the ecosystem and initiatives for the development of entrepreneurship.

Zimbabwe, through ZimTrade, show-cased its trade and investment opportunities. It related to the realization of its foreign policy objectives, particularly the development and integration agenda, according to Zimbabwe Chronicle.

The SADC region, with a market of 350 million consumers, seeks to leverage the existing potential, to raise trade and investment within the region, and within Africa and to the outside world.

Statistics on various economic areas are difficult to obtain. Nevertheless, the SADC Secretariat in an email told this research writer that in 2018, SACD’s total exports amounted to $154 billion and the total imports were $149 billion.

Within its framework, the bloc collectively seeks to promote sustainable and equitable economic growth and socio-economic development, forge deeper cooperation and integration, to ensure good governance and durable peace and security, so that the region emerges as a competitive and effective player in the southern region, in Africa and the world.