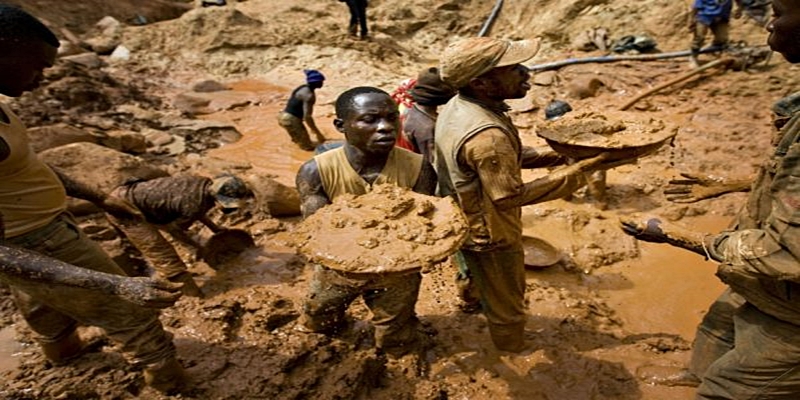 In pre-independent Zimbabwe, indigenous African workers at the mercy of colonial Rhodesian industrialists succumbed to many diseases and adverse health conditions with many unrecorded fatalities. The causes of death were occupational diseases and the inhalation of industrial and mining fumes and agro-chemicals.

Suffice to say, colonial mining and industrial development in the then Northern and Southern Rhodesia (now Zambia and Zimbabwe), introduced many unknown industrial diseases into the countries that affected a large quota of the indigenous African population for many decades and in some cases still persist today.

Over the years, the latter-day high-density suburbs (townships), were subjected to atmospheric pollutants from the industries, railways and transportation i.e. coal trains, haulage trucks, public vehicles, and a host of industrial airborne fumes and toxins.

The goods train leading to the capital Harare, courses through Lytton Siding, Lochinvar station, Glasgow Road, Workington, around Gleneagles Road, passed through Mbare, Southerton up to Kenneth Kaunda Railway Station, emitted clouds of poisonous, black choking fumes in the midst of the residents of these areas.

Pneumoconiosis are diseases of the lungs or bronchi, caused by the inhalation of metallic, chemical, mineral or other airborne particles, mainly emanating from mining and industrial work.

The condition is characterised by inflammation of the respiratory organs, heavy, dull coughs and fibrosis.
Currently, Zimbabwe has reported an increase of pneumoconiosis-related diseases since the advent of small-scale artisanal mining and agriculture.

The deadliest form of pneumoconiosis, silicosis, caused by breathing in tiny particles of silica quartz slate or serpentine dust is characterised by an acute shortness of breath and fibrotic changes in the tissue of the lungs. It affects makorokoza, mine workers, stone masons, builders and stone sculptors.

Near the Mvuma and Chivhu environs, young workers employed by the forestry commission, who dealt with creosote-treated gum poles, often died within three years of employment due to the over inhalation of methylphenol fumes emitted by the coal-tar creosote chemicals.

In the sugar industry, bagassosis, is a respiratory disease that affects sugar cane workers. Similarly byssinosis, is a lung disease known in Zimbabwean industrial health circles, caused by the prolonged inhalation of fiber dust in textile factories and the cotton industry in general. Kadoma and Gokwe have recorded high figures of patients diagnosed with byssinosis.

In agriculture, the use of organophosphate insecticides and weed killers is deadly to farm workers when administered without the requisite protective clothing.

Similarly, dichlorodiphenyltrichloroethane –DDT, a colourless insecticide, is toxic to man and animals and is known to accumulate in the tissues once inhaled or ingested and can be fatal.

In the early 1980s to late 1990s, Zimbabwe still had one of the highest concentrations of DDT in the world, causing a health hazard to farm labourers, agricultural workers, poultry and some avian species as well as livestock.

Similarly, mercuric chloride, a white poisonous solid crystalline substance, used as a pesticide, antiseptic and preservative for wood causes health problems for carpenters and wood workers if present in the wood being used.

Lead arsenate – a white insoluble toxic crystalline powder used as an insecticide and fungicide in agriculture is lethal to man if ingested.

Agriculture, factories, furniture cooperatives, trains and mines were the main vectors of industrial diseases in Zimbabwe and were largely the spaces for formal indigenous employment.

The use of heavy-duty mining equipment such as jackhammers that are hand-held hammer drills driven by compressed air, used for drilling rock faces in mines as well as for leveling roads, is one of the main causes of a pathological condition known as tinnitus.

This condition is characterised by a ringing, hissing or booming sensation in one, or both ears caused by the infection of the middle or inner ear; also sometimes attributed to a side effect caused by certain drugs.

Mine and industrial workers working with heavy-duty industrial machinery, on roadworks and on mines for long periods, are more likely susceptible to this condition. Some victims of this condition are known to wobble and shake as they walk or at rest.

Tympanitis also known as otitis media — the inflammation of the ear drum is another condition caused by heavy, dusty and noisy industrial work and can cause impaired hearing.

Mining is one of the most important economic activities in Zimbabwe; vital for industry, commerce and trade.
Yet, in 1980, of the 6,57 percent of the national workforce in Zimbabwe, amounting to 68 000 people employed in the mining sector, 1/3 or over 22 660 people were affected by mine-related diseases; mostly of a respiratory nature such as silicosis and siderosis.

For workers in the metal industry of Zimbabwe, siderosis, a lung disease caused by breathing in fine particles of iron or other metallic dusts proved lethal for workers in this industry as well as to scrap-metal artists in Zimbabwe.
Historically, Zimbabwe was significantly, the only former British colony to be occupied solely on account of its mineral wealth.

The arch colonialist plunderer Cecil John Rhodes intended that the members of the Pioneer Column should discover and exploit all of the country’s mineral [mainly gold] deposits.

Many of the mining claims legally belonged suigeneris to the people who founded the first ancient workings before and during the Munhumutapa era.

From as early as 2000 BC., indigenous San Rock Art painters created visual testaments of the country’s mineral wealth.

During the iron age, the semi-nomadic indigenous farmers who grew crops of grain (chiefly millet) as indicated by the large number of stone querns (guyo), left behind along their migration routes, found in abundance around cave site.

The proto-Bantu Zimbabwean ancestors, making up today’s Shona speaking peoples, raised sheep and goats and developed sophisticated methods of mining. They were skilled smiths working in copper, iron and gold.  They appreciated the barter value of gold (ndarama), which they mined using sophisticated pully systems with ventilated shafts from where they extracted the gold ore.Alluvial gold was trapped in animal skin downstream of the flowing gullies/rivers.

Indigenous Bantu craftsmen and designers beat out the refined metal into foil, beads, bowels, plates and decorative guilding- modern economists and politicians would describe this as the pre-historic Zimbabwean practice of product innovation, value addition and beneficiation as they tout today.

Mining was the bastion of Munhumutapa’s regal power that was based on the control and distribution of the early gold and precious mineral trade.

This along with an organised labour force of miners, artisans and traders developed the trade routes at Angoche (Mozambique), and Kiliwa (Tanzania), and attest to the time-honoured mining and gold extraction traditions of Zimbabwe.

At the dawn of independence in 1980, over 100 million dollars-worth of minerals were being mined and produced annually in Zimbabwe, most of which was targeted for export.  A 1987 survey showed Zimbabwe produced 11,14 tonnes of gold per annum; this made Zimbabwe the 12th largest gold producer in the world at the time.

But all that glitters is not gold in Zimbabwe. Cyanide and mercury poisoning have silently taken its toll on many unsuspecting young Gold miners who sought their fortunes through small-scale gold mining. Also known as nitrile, cyanid or salt of hydro-cyanic acid, -cyanides contain the iron CN, used by gold panners to separate gold from the ore, especially alluvial gold.  It is extremely poisonous and harmful to both man and animals.

Unfortunately, many local gold panners, with some of their Chinese counterparts have poisoned the waterways near gold mine shafts and as a result, have poisoned many elephants, rhinos and other wildlife that drink the poisoned water. Villagers have also been reported to have died from drinking poisoned water near mine shafts.

Since the 1960s, asbestos and gold have been the largest earners of foreign currency in Zimbabwe, with copper occasionally in first place in the late 1960s.

Zimbabwe also has some of the world’s finest deposits of industrial minerals vital for agriculture and industry; these include apatite, barites, graphite, gypsum and fluorspar.

It was in these mines that death awaited the unsuspecting worker.

In this new age of COVID-19 and face masks, miners and agro-industrial workers need to wear protective clothing to protect themselves from the dangers of industry-related diseases.

According to a young Zimbabwean entrepreneur, Cde.Hope Tembo, interviewed by The Patriot, who manufactures protective clothing in Msasa , ‘Our industrial workers  and farmers need to  be protected from the adverse elements  encountered at the work places.’

Due to derestricted mining activities and widescale Government support and campaign for agricultural production more farmers and miners will be exposed to a host of occupational diseases and chemical hazards that are prevalent in these sectors and need to be understood and prevented.

Suffice to say, very little investigation has been conducted, nor have stringent health measures been instituted for the protection and safety of miners and agro-industrial workers.

Dr Tony M. Monda, who holds a BSc, DBA and a DVM, is currently conducting veterinary epidemiology, agronomy and food security and agro-economic research in Zimbabwe. He also holds a PhD. and a DBA in Post-Colonial Heritage Studies. He is an equestrian and polo enthusiast. E-mail: tonym.MONDA@gmail.com

This article has been read 107 times
COMMENTS