Briefing on Peace and Security in Africa 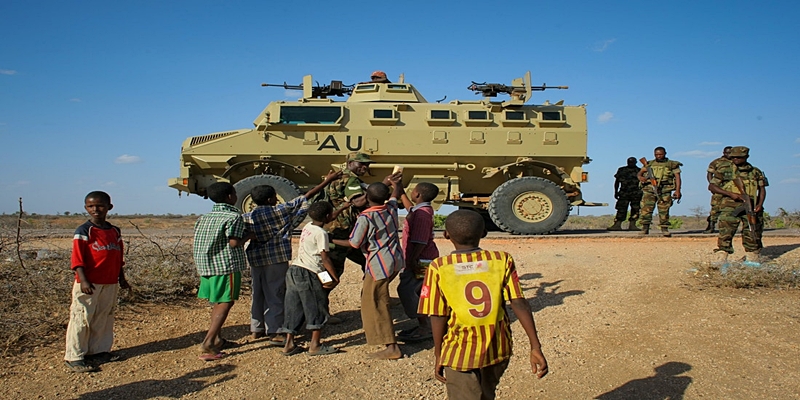 While shared water courses have been the cause of dispute, they can also be the foundation for cooperation. Well planned hydraulic infrastructure on a shared river course can be a source of enhanced collaboration and need not be a zero-sum game. With integrated planning, damaging seasonal inundations can be prevented; energy can be traded; water storage can be optimized, and benefits can materialize both in terms of development and in terms of water optimization.

The Blue Nile constitutes a critical water resource for the people of the Arab Republic of Egypt, the Federal Democratic Republic of Ethiopia and the Republic of Sudan. The headwaters of the Blue Nile are in the Highlands of Ethiopia, where the highly seasonal rains produce 69 per cent of the annual river flow between July and September. The Blue Nile merges with the White Nile at Khartoum, from where the river flows downstream through Sudan and into Egypt. The Nile has delivered freshwater, fed agriculture, and supported livelihoods in these countries for thousands of years.

Since 2011, Ethiopia has been constructing the Grand Ethiopian Renaissance Dam (GERD) on the Blue Nile. The GERD is a major hydropower project located in Ethiopia’s Benishangul-Gumuz region. Through the generation of hydroelectricity, the GERD will enhance Ethiopia’s energy sources, allowing it to increase electrification, accelerate industrialization, and export surplus electricity to the region.

Construction of the dam is now nearing completion. During 2020 the reservoir began to fill for the first time, and approximately 4.9 billion cubic metres of water were impounded. The 2021 rainy season is beginning now, and Ethiopia has announced that additional water has begun to accumulate in the reservoir.

A large dam – any large dam - impacts and alters a river’s flow. Where water is scarce and drought frequent, such as is the case in the Blue Nile Basin, cooperation on a shared river is the only long-term sustainable option. In the coming years, two of the world’s largest dams, the High Aswan Dam and the Grand Ethiopian Renaissance Dam, will substantially control and regulate the flow of the Nile river. This infrastructure has important implications both for human development and for the environment. As mentioned, careful and cooperative basin-wide management can maximize the opportunities and positive effects of such major infrastructure, and help to minimize any negative consequences.

The Governments of Egypt, Ethiopia and Sudan have made sustained efforts to enhance their cooperation relating to their transboundary water resources. In 2015, they signed an Agreement on Declaration of Principles, in which they committed to principles including cooperation, equitable and reasonable utilization, preventing the causing of significant harm, and the peaceful settlement of disputes. This Declaration of Principles was one outcome of a series of cooperative transboundary efforts undertaken during the previous years.

As we have heard, the parties have persisted with these efforts to enhance cooperation, and the AU has played a critical role during the past year in taking forward negotiations.

The three parties have recognized the tireless efforts made by both AU Chairpersons to facilitate negotiations to reach an agreement. We likewise applaud these sustained efforts.  While progress has been made in many areas of the negotiations, consensus has not been reached regarding some critical aspects, including arrangements for management of protracted drought; development upstream and downstream of the GERD; and a dispute resolution mechanism. Some differences also remain regarding the scope and nature of the proposed agreement. At this stage, and with other sources of regional tension increasing, we must recognize that overcoming the remaining differences among the parties will require careful, meticulous work, supported by relevant technical and legal experts and with a determination by the three states to arrive at a cooperative solution, in pursuit of sustainable development for all in the spirit of “one river, one people, one vision”.

An agreement on the GERD can be reached, and indeed must be reached. Cooperation among the riparians regarding this critical natural resource has never been more important. As the Governments of Egypt, Ethiopia and Sudan have all recognized, the countries are experiencing rising demand for water resource, be it in terms of agriculture or in terms of energy demands. This is due to a combination of factors including population growth, urbanization, and industrialization. Effective, cooperative water management also becomes all the more important in the context of climate change: climate models indicate that the flow of the Nile will exhibit increasing variability during the period up to 2040, leading to more floods, and more intense droughts. It is therefore imperative that the parties work together to manage these interconnected challenges. To reach an optimal agreement, trust, transparency and open engagement will be key.

The United Nations remains ready to support Egypt, Ethiopia and Sudan, and the African Union, in their efforts to achieve an agreement on the GERD that is beneficial to all. Coordination around hydro-infrastructure in this basin is critically important. When done right, and with strong political leadership by the riparian nations, it can provide a basis for deeper, mutually beneficial regional cooperation around shared natural resources, which would enhance sustainable development and peace.

This article has been read 241 times
COMMENTS