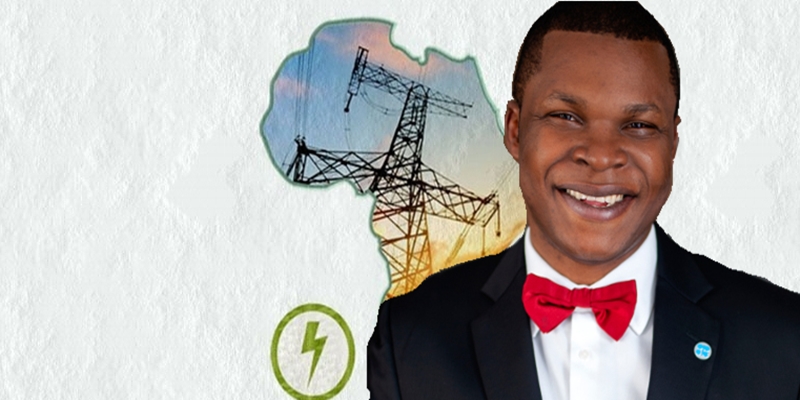 Understandably, energy is expected to drive Africa's economic prosperity. In order to make great strides in the industrial sector and attain a high-level of sustainable development, for instance, energy is the key determining factor, argues NJ Ayuk, Executive Chairman of the African Energy Chamber, a pan-African company that focuses on research, documentation, negotiations and transactions in the energy sector.

According to him, scaling up Africa's production capacity in order to achieve universal access to energy is a challenging task and points to the need for a transformative partnership-based strategy that aims to increase access to energy for all Africans. He further talks about transparency, good governance and policies that could create favorable investment climate especially the energy sector.

Speaking in an insightful interview with Kester Kenn Klomegah early July 2021, NJ Ayuk unreservedly calls for strong foreign partnerships in harnessing and distribution of energy, stresses the significance of foreign investment in large-scale exploration projects in African countries. Within the context of the newly created African Continental Free Trade Area (AfCFTA), he suggests that politicians, investors and stakeholders need to change the business perception and create an entirely new outlook into the future. Here are the interview excerpts:

What are the popular narratives about energy sources, production and utilization in Africa? In your expert view, how would you characterize energy needs in Africa?

The popular narrative is the prevalence of energy poverty on the continent. Most of the oil and gas producing countries have some kind of conflict going on in the area which affects the local people and the companies which choose to invest in these areas. For a country like Ghana for example, we have seen the upside of the effective way of carrying out oil production. A major contribution has been its transparency and its policies.

African countries suffer from the policies which take years to implement, and if implemented, take long to administer the contracts for production to take effect. With that said, the effect on the upstream sector automatically effects the midstream and downstream, sector, which essentially affects the economy of the different countries.

Africa's renewable energy resources are diverse, unevenly distributed and enormous in quantity — almost unlimited solar potential (10 TW), abundant hydro (350 GW), wind (110 GW) and geothermal energy sources (15 GW). Energy from biomass accounts for more than 30 per cent of the energy consumed in Africa and more than 80 per cent in many sub-Saharan African countries. Sub-Saharan Africa has undiscovered, but technically recoverable, energy resources estimated at about 115.34 billion barrels of oil and 21.05 trillion cubic metres of gas.

Do African leaders see some of the controversial issues, in the same way, as you have discussed in above?

In my opinion, African leaders do take heed of what has been discussed above but are too slow to tackle the issues, which eventually build up. Once they eventually tackle the first problem, they realize that others have piled up. Leaders should bring young people who have fresher eyes and valuable contribution to the table because of the times they live and are growing up in.

How do you assess the impact of energy deficit within the context of the fourth industrial revolution? Is energy finance the determining factor here?

Firstly, we need governance that creates an enabling environment for widespread economic growth and improved infrastructure. Without stability, projects and contracts cannot take effect. A recent example is the terrorist insurgency in Mozambique which has claimed lives and put a halt to a project which would have had a positive impact not only on Mozambique and the entire continent.

In order to spur a post-pandemic recovery in the energy sector that will also enhance overall economic growth in Africa, African leaders must double their efforts to attract investment into their energy sectors. They must put in place timely and market relevant strategies to deal with external headwinds like the drive to decarbonize globally and evolving demand patterns for energy internally and hydrocarbons globally. They must end restrictive fiscal regimes, inefficient and carbon-intensive production, cut bureaucracy and other difficulties in doing business which are preventing the industry from reaching its full potential.

What individual countries have set exceptional examples, at least, in offering energy and its utilization both in the urban cities and remote towns?

Consider the impact of energy deficiency. Approximately 840 million Africans, mostly in sub-Saharan countries, have no access to electricity. Hundreds of millions have unreliable or limited power at best.

Even during normal circumstances, energy poverty should not be the reality to most Africans. The household air pollution created by burning biomass, including wood and animal waste, to cook and heat homes has been blamed for an estimated 4 million deaths per year. How will this play out during the pandemic? For women forced to leave their homes to obtain and prepare food, sheltering in place is nearly impossible. What about those who need to be hospitalized? Only 28 percent of sub-Saharan Africa's health care facilities have reliable power. Physicians and nurses can't even count on the lights being on, let alone the ability to treat patients with equipment that requires electricity — or store blood, medications, or vaccines. All of this puts African lives are at risk.

Africa does not need social programs, even educational programs, that come in the form of aid packages. What's more, offering Africa aid packages to compensate for a halt or slow-down of oil and gas operations will not do Africans any good. This is not the time for Africa to be calling for more aid.

Africa has been receiving aid for nearly six decades, and what good has it done? We still don't have enough jobs. Investment creates opportunities. Africans must be responsible. Our young people should be empowered to build an Africa we all can be proud of. Relying on aid and the same old policies of the past isn't going to get us there.

Do you support expert views about "energy mix" -- a combination of wind, solar, hydro and nuclear power? Why nuclear is still bug down with problems in Africa?

Yes. Africa must continue to bank on all forms of energy to address its shortfall in Energy production and distribution. African countries should focus on resources to which they have easy and affordable access. Nuclear continues to be least accessible in Africa, due to the absence of technology and the high upfront construction costs.

Africa has an almost unlimited renewable energy capacity, abundant access to solar, wind, hydro, and geothermal sources; however, except for a few large-scale projects, such potential is not adequately developed. The continent should strike a balance between reaching its energy transition goals and exploiting its natural resources, particularly natural gas, to ramp up power generation, generate jobs, and as a source of revenue. Natural gas has potential to breathe new life into struggling African economies that are still reeling from the brutal economic impacts of the COVID-19 pandemic.

Natural gas has the power to spark significant job creation and capacity-building opportunities, economic diversification and growth. I am not saying that African nations should continue oil and gas operations indefinitely, with no movement toward renewable energy sources. We should set the timetable for our own transition and decide how it's carried out. What I'd like to see, instead of Western pressure to bring African oil and gas activities to an abrupt halt, is a cooperative effort.

A number of foreign countries and private energy investing giants have shown interest in the energy sector. How do you assess the dynamics of their performance on the continent?

Local content is a pillar of the industry's sustainability efforts. Sustainable development of African economies can only be attained by the development of local industry — by investing in Africans, building up African entrepreneurs and supporting the creation of indigenous companies. Oil companies have an unmatched ability, and a profound responsibility, to support countries in shaping an economy that works for all Senegalese and preserves their freedoms.

What is your view of Russia, considered as an energy giant, for instance, teaming up with China in Africa? Can both have a unified approach collaborating on issues of energy projects in Africa?

First and foremost, Africa has already made an indelible mark in the oil and gas industry. I think Russian companies have to do more to really get involved. I always say that Africans want to get married, but Russians just want only to date. We need to change that and become more accountable. Both our compatriots expect better and more from our energy sectors.

As far as China and Russia are concerned, if both countries can avoid applying a “one size fits all” approach, so much good can come out of our oil and gas relationship with Russia. Africa has a lot to gain from Russian involvement and vice versa. Both must work towards empowering each other with concrete projects that bring benefit to investors and communities in which projects are situated. To be fair, positive developments from Russia and China don't go unnoticed as their active presence in the continent leaves room for greater opportunities towards the energy mix.

This article has been read 123 times
COMMENTS