Is River Nile Another Source of Scramble for Africa by Africans? 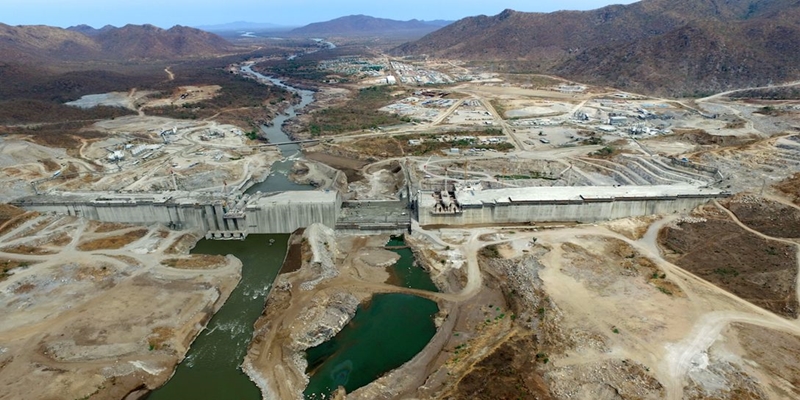 There is a conflict simmering in Ethiopia, Egypt and North Sudan over the use of the waters of river Nile. When Ethiopia decided to construct its mega Grand Ethiopia Renaissance Dam (GERD), the upstream countries of North Sudan and Egypt weren’t happy. They think that the GERD will adversely impact on the water supply for these aridic countries.

They recently took the matter to the UN while the matter is still in the hands of the AU. This shows distrust in and disrespect to the AU. Again, this isn’t the first time the two countries have tried to intimidate the downstream countries. When Tanzania started the $85.1 million project to draw water for domestic use in 2012, the same raised a red flag to no avail. When Tanzania, like Ethiopia stood its ground, the duo backed down.

In April this year, Egyptian dictator, Abdel Fatah al Sisi was quoted as saying that “no one is allowed to take away a single drop of water from Egypt; no one can even imagine the instability that will ensue in the region if such a thing were to happen. No one should dare question our capabilities. But if they want to put us to the test, then so be it” (Al-Monitor, April 1st, 2021).  He also notes that “hostile action is ugly and has effects that may extend for many years. Egypt’s water is off limits. If anyone were to cross this red line, our response would affect the stability of the entire region.”

How come a country like Ethiopia that produces over 80% of the Nile waters has to seek understanding with a country like Egypt that doesn’t produce even a drop except using the water? If Middle Eastern countries are selling petrol to countries like Ethiopia, what’s wrong to start charging Egypt and Sudan for the water they’re using from the Nile? I know due to African generosity; Ethiopia doesn’t think about doing that. I think that if Egypt had been the one that was producing the waters for the survival of Ethiopia, it would have already charged for ‘its’ water.

Egypt is among top ten African countries with good supply of electricity at number three after Mauritius and Tunisia (Legit August 5th, 2020).  Egypt should embrace coexistence but not dominance and arrogance. Egypt could help Ethiopia to finish the GERD project since it gets a lot of money from the US compared to Ethiopia. Water is a resource just like petrol, natural gas and diamond. Instead of complaining, Egypt and North Sudan must negotiate how to trade their resources.

In sum, the conflict over River Nile is an African problem that needs an African solution. Therefore, Egypt’s and North Sudan’s attempts to drag it before the UN won’t help them. I urge the upstream countries to come together and issue a response to any threats that are done over the Nile waters.

Mhango is a lifetime member of the Writers' Alliance of Newfoundland and Labrador (WANL) and author of over 20 books among which are Africa Reunite or Perish, 'Is It Global War on Terrorism' or Global War over Terra Africana? How Africa Developed Europe and contributed many chapters in scholarly works on many issues of importance on Africa.

This article has been read 243 times
COMMENTS