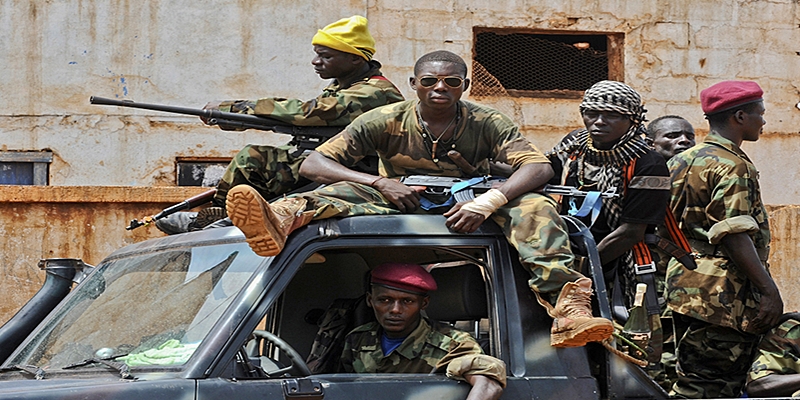 There is only a glimmer of truth in the subject above, but largely it is one of the Big Lies being peddled by Afrocentric Africans, especially those in the Diaspora.  Try to burst that Orwellian bubble.

True, for the colonialists in Africa, especially the British, divide-and-rule was their potent strategy. But they didn't largely create these divisions. They met most Africa - not all - largely divided into tiny chiefdoms or kingdoms. It was this balkanized Africa that made it easy for Europeans to induce Africans to kidnap fellow Africans and sell them into slavery during the three centuries era of the Atlantic Slave Trade. Thus, with guns provided by the European slave buyers, Africans would move 50 miles from their villages and raid and capture and sell into slavery fellow Africans from another ethnic group, sometimes, neighbors of the same ethnic group, with slight differences in their dialects.

Southeast Nigeria has the dominant Igbo ethnic group.  For centuries they were tiny villages with no central government. They were egalitarian and Republican, fiercely independent.  Another major ethnic group in the southeast are the Efiks. They were initially war-like, and they conquered a lot of the minority tribes in modern day Cross Rivers State and Akwa Ibom State. They established a monarchy that pre-dated European colonization of Nigeria by 160 years. They were a vibrant trading nation, and they were a leading slave capture and slave trading nation. The political boundary of the Efik kingdom was still very narrow, and not monolithic - with the Obong of Calabar being the premier monarch. They didn't fully embrace the Igbos and Ibibios, their next-door neighbors in modern day Abia, Enugu, Anambra, Imo...states and Akwa Ibom state.

Nigerians who know the southeast would almost certainly agree with me that the Igbos, Efiks, Ibibios and dozens of tiny tribes in what is today known as the "South-South" Nigeria would never had come together as one country if the white man had not forced them together. The same can be said of Ghanaians in north and south of Ghana. And the same for Sierra Leone - with the Temne conquerors from the northwest uniting with the Mende conquerors from the northeast would have been almost impossible. In many African countries, the colonialists widened the political boundaries of African peoples.

African peoples in most of sub-Saharan Africa are products of their tropical rainforests’ environment, or grassland and temperate environments with vast open spaces, with little threats from other human settlements.  We have to consciously confront our primeval mindsets which tend to be tribal.

This article has been read 239 times
COMMENTS