Ruto Takes the Diaspora by Storm 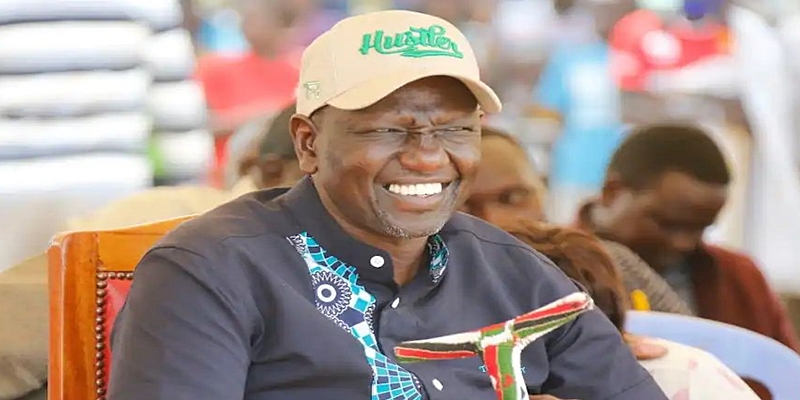 Kenya’s Deputy President William Ruto has spread his tentacles to the Kenyan diaspora more than any presidential candidate in the history of the country.  In the last two months, Ruto has addressed Kenyans living in Europe and North America and opened two offices of the United Democratic Alliance (UDA) in Seattle, Washington and Boston, Massachusetts. The goodwill from Kenyans living in the Gulf countries, Oceania, North America and Europe are massive.

Critics wonder why the DP who has not championed any diaspora cause in the past has gained a strong footing in Kenya’s external voting bloc. Sceptics are also of the view that the diaspora votes don’t matter since they have never voted in a presidential election despite voting rights being captured in the current constitution. It must be remembered that a pilot program by the Independent Electoral and Boundaries Commission (IEBC) allowed Kenyans living within East African countries to vote in 2017.

The sheer negligence of the Kenyan diaspora by the Kenyan government since independence cannot be overstated. From the reign of Kenya’s first president, Jomo Kenyatta, his successor, the late President Daniel Arap Moi and even retired President Mwai Kibaki, none of them pursued any programs to enhance the lives of Kenyans living abroad. In fact, Moi viewed them as troublemakers. To add insult to injury, many dissidents like Koigi Wa Wamwere, Raila Odinga, Gitobu Imanyara, Prof Ngugi Wa Thiongo etc. escaped to exile, fearing torture by Moi’s authoritarian regime.

Courtesy of the constitution 2010, the diaspora has the right to exercise their universal suffrage. Unfortunately, this has not yielded any fruit to pave the way for the diaspora to vote irrespective of where they are domiciled in the globe.

This brings to the fore this question: Why has the diaspora taken a keen interest to have a Ruto presidency and vice versa?  First, the diaspora has embraced the “bottom-up” economic model, which is Ruto’s mantra for an economic renaissance for the country. Secondly, they argue that they are the “TRUE HUSTLERS.”

“It’s not funny to leave 99% of your loved ones in Kenya to go search for a better life in a foreign land. Life abroad is not rosy. We struggle to make ends meet. We go through pain.” Says Vincent Tongi, who heads the UDA chapter in Dallas Texas.

The diaspora opines that DP Ruto is among the richest Kenyans but, when recapitulating his life journey, one gets the impression that his social set-up endears him to almost 78% of the Kenyan population.

The DP wasn’t born in a well-to-do family. He didn’t grow up in a family of material opulence. That’s why he has a solid emotional connection to the common people of Kenya who struggle to make a living. His empathy and compassion for the downtrodden in our society are infectious.

The Kenyan diaspora rarely thrives on tribal stereotypes. Most of Ruto’s supporters abroad hail from different Kenyan communities. This is a clear reflection that his message is appealing to the Kenyan populace.

Despite the high optimism about a Ruto presidency and his promise of aggressively addressing the plight of diaspora for instance the creation of Minister for diaspora affair and a raft of other goodies, if he takes power next year, we have those who doubt the promises. Some are critical to the fact that politicians only use the Diaspora as fundraising machines during political campaigns only to dishonour every promise they make after winning an election.

Many Kenyans admire the life Ruto has led before reaching the level he is today. On the downside, they understand how he has suffered a beating on allegations related to corruption and maladministration practices.
Ruto supporters are aware that their candidate is not an angel. He has made many mistakes during his political journey but the same does not make him the worst leader the way his political opponents continue to portray him. He has been very succinct on what his administration will do to address the challenges facing the country on the economic front.

Ruto has stated openly that past governments and even the current one have not done enough to advance diaspora aspirations.

“We cherish honesty and truth from our leaders. Ruto, has not sugarcoated the truth but has spoken openly about government negligence on the plight of the Kenyan diaspora. This is the leader we want as President.” Says Jimmy Onkangi, a resident of Dallas Texas.

Ruto has promised a renaissance of the diaspora. To reciprocate the diaspora have promised to mobilize campaign logistics, craft a winning strategy and physically campaign on the ground for the UDA political candidates next year.

“We want a leader who keeps his word; a leader who makes friends and keeps them. Our country wants a doer and Ruto seems to have a good spirit to serve all Kenyans irrespective of their standing in life,” says Sarah Buyaki.

Many Kenyans contend that, the political tide has changed if what happened in two by-elections in Juja and Kiambaa is something to go by. The elections outcomes in the two constituencies may be a clear testament for things to come in next year’s election.

In the recent victory by the United Democratic Alliance candidate in Kiambaa, Mr Anwar Sadat who resides in New York, observes that: ‘’A win even by one vote is a win. Self-comfort by Ruto’s critics will not deter UDA from forming the next government.”

By Joseph Lister Nyaringo
Nyaringo is the President of Kenya Patriotic Movement, a diaspora lobby based in the US.

This article has been read 717 times
COMMENTS