What Ails The University of Nairobi? 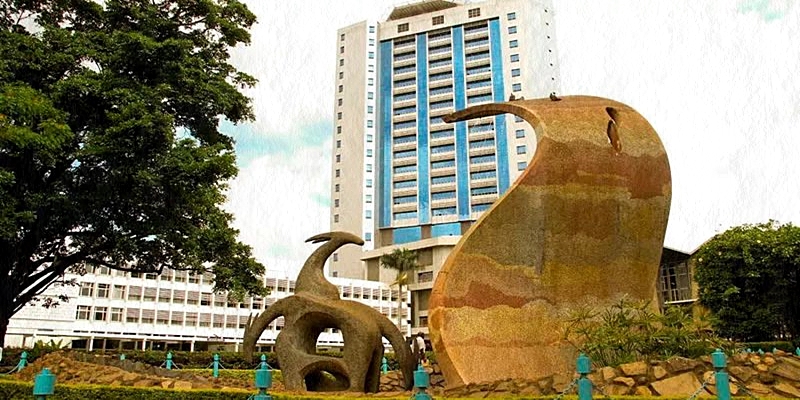 Kenya has been experiencing stalled development in the social, economic and political spheres. Although economic growth has been realized in some years, poverty and lack of basic needs have been the order of the day. Other issues include unemployment and deindustrialization and lack of enough food. The problems have been occasioned by lack of finances and vision of what the nation needs. These problems facing our country have a bearing on the management and propagation of university education.

At independence, the university was a status symbol that advanced the ‘we can also do it as an independent state’ notion. It was meant to produce a high cadre workforce to take over the responsibilities of departing colonialists. Institutes like the Institute for Development Studies were to carry out research that would inform the path of development while the Population Institute was to help the nation control rapid population growth. The Institute of African Studies was to carry out research that would lead to the understanding of African culture in the transformation of the county. The Royal Technical College as it was known was to provide technical skills for realizing development. With time other departments like law and medicine were also introduced to cater for the demand of these skills by the rapidly evolving nation.

The programs offered at the university were not in tandem with the demands of the rapidly evolving nation.  The university was elitist and came to be known as the ‘ivory tower.’ The university became out of touch with the reality of majority of the people who were eking out their living in the informal economy, agriculture, animal keeping and artisanal fishing and mining. It embarked on catching up with the developed world infrastructure rather than help the informal workers, artisanal fisher folk, mining, herding and agriculture evolve. It failed to come up with models and systems that would help the transformation of these workers. Most people could not access the elite education because of the high grades required to join the university. The grade points kept on increasing, leaving a majority of people out of the education system.

Those who were left out of the education system continued to join the informal sector. This sector has become entrenched in Kenya’s major cities. It has pervaded all the systems of the economy and politics. The university is an imperial education institution that churns out unemployable graduates who become consumers of imperial goods. Its elitist modernizing project is bent on eliminating the informal economy rather than advancing it.

The university’s elitist modernist project has failed to cope up with globalization. The digital revolution is happening outside the university. Innovations such as MPesa, Ihub technopolises among ordinary Kenyans did not take place in university laboratories or science parks. The university has failed to create infrastructure to take advantage of the digital revolution that is taking place. It has not built science parks to attract high tech industries. It has failed to capture the industry university nexus. Research topics drawn from industry are limited and far between. Research concentrates on cataloguing problems rather than solving them. The university has failed to develop models and systems that would solve community problems. Its effort to reform involves introduction of corporate ideas in the management rather than community ethos. Corporate ideas are for extraction and exploitation and do not allow for creativity like in the case of community programs. Community programs rely on creativity and solidarity that are necessary for idea generation and vision creation. By shifting to corporate ideas, the university has missed the teamwork necessary for the digital revolution.

The reforms that the University of Nairobi are making do not address these fundamentals of the failed university which have to do with the curriculum, the subject matter, the ethos and norms and values of university education. Changes in management will not address the university culture of knowledge generation. Knowledge culture generation requires passion, commitment and foresight. It means provision of basic necessities for survival of the faculty and students so that they can engage in knowledge generation, problem solving and vision charting. It means creating enabling environments for brains to work.

Changing management, closing colleges and raising fees in my view will not address the fundamentals for knowledge generation. The university needs to go back to the basics of problem solving and seeking out allies in industry and community who can help in furthering knowledge generation. Looking inwards will create losers who will not be part of the process of the change that is required.

The way that the crisis in the higher institutions of learning is being handled shows that we did not learn from the implementation of structural adjustments which created losers that did not support the reform programs. The university needs everyone on board to reintroduce the culture of knowledge generation, problem solving and vision charting. For this to happen, the faculty and students must be happy and stable mentally and physically.

This article has been read 210 times
COMMENTS