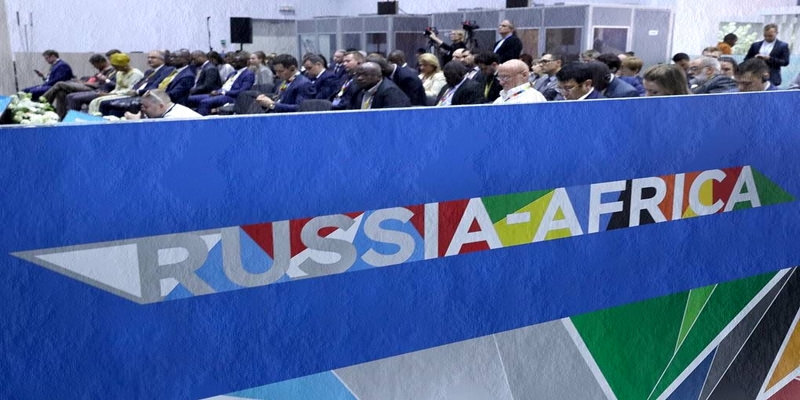 The Council members deliberated the status of preparatory works and plans for the near future and significant issues necessary for enhancing the relations between Russia and Africa. They also discussed mechanisms to improve existing and planned projects as well as developing road maps for cooperation. The meeting approved the draft concept as well as the organizational and financial scheme for the second Russia-Africa summit.

Vsevolod Tkachenko, the Director of the Africa Department of the Russian Foreign Ministry, observes that "African partners expect concrete deeds, maximum substantive ideas and useful proposals." The current task is to demonstrate results and achievements to the African side. Over the past years, African countries has witnessed many bilateral agreements, memoranda of understanding and pledges.

Since the basis of the summit remains the economic interaction between Russia and Africa, "the ideas currently being worked out on new possible instruments to encourage Russian exports to Africa, Russian investments to the continent, such as a fund to support direct investment in Africa, all these deserve special attention," Tkachenko says.

According to Oleg Ozerov, Head of the Secretariat of the Russia-Africa Partnership Forum (RAPF), African partners emphasize the importance of Russia's participation in agriculture, major infrastructure development projects, energy development, mining and digitalization.

Early in June 2021, a Russia-Africa dialogue aimed at business networking and intensifying policy discussions was held on the sidelines of the St. Petersburg International Economic Forum (SPIEF). Discussions centered on identifying pathways, the necessary groundworks for addressing Russia’s weak economic presence in Africa. Participants called for effective steps to support Russian business in Africa. Russian companies are known to be keen on exploring opportunities in Africa, but slow in implementing agreements.

Alexander Saltanov, former Deputy Foreign Affairs Minister and now Chairman of the Association of Economic Cooperation with African States (AECAS), acknowledges that African countries no longer know as much about Russia as they did about the Soviet Union.  He is working on a common information space project between Russia and Africa scheduled for October.

When talking about bilateral ties, the most common complaints are inadequate support system - both from the state and financial institutions. Russian NGOs are pushing for a diverse set of initiatives aimed at enhancing ties. The Coordination Committee for Economic Cooperation with African countries, a Business and Policy NGO established in 2009, proposes that funds be availed to support Russian business in Africa.

Senator Igor Morozov, Member of the Committee for Economy Policy of the Federation Council of the Russian Federation and Chairman of the Coordination Committee on Economic Cooperation with Africa observes that conditions that are opening up for Russian business today are not the same as those for businessmen from France, the European Union, India, or China. Senator Morozov has called for improving of Russia’s competitive edge and taking advantage of the African Continental Free Trade Area (AfCFTA).

Anton Kobyakov, Adviser to the President of the Russian Federation reports that preparations for the next summit that is to take place in October-November 2022 in one of the African countries are underway. The Secretariat of the Russia-Africa Partnership Forum (RAPF) is overseeing the organizational and practical preparations of new initiatives as part of the joint declaration, in Sochi, Russia.

The author writes extensively on Russia, Africa and the BRICS.

This article has been read 207 times
COMMENTS