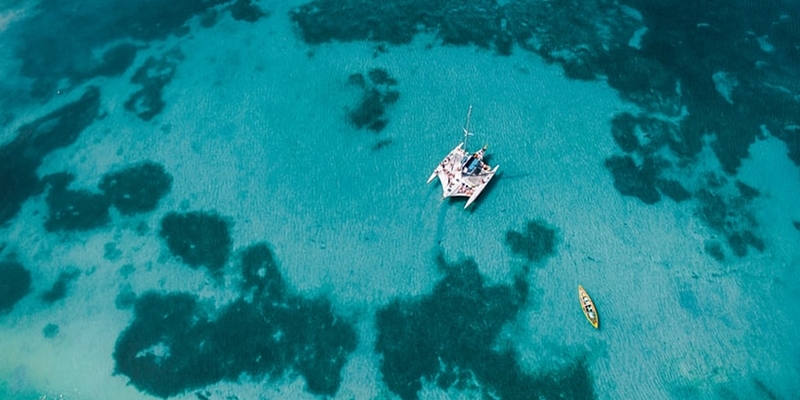 Despite water covering 70% of the Earth’s surface, water is a lot less abundant than it seems, especially in places like Sub-Saharan Africa. Poverty, compounded with rapid population growth and rural-urban migration, have rendered Sub-Saharan Africa the world’s poorest and least developed region. Water scarcity is predicted to reach dangerously high levels by 2025. That is only four years from now – urgent action is required to turn the tide in Africa’s favour.

As Africa’s premier financing institution, the African Development Bank (AfDB) is working closely with the United Nations and a range of other partners to achieve SDG 6 by sustaining water resources, delivering services, and building resilience.

According to the World Economic Forum, water crises are one of the top five global risks. Around two thirds of the world’s population currently live without sufficient access to fresh water for at least one month of the year. Population growth, combined with overburdened water infrastructure systems, weak governance, and low investments further increase water stress in Sub-Saharan Africa.

Water-related risks have significant impacts on the environment, production, and development. As economies develop, water consumption patterns shift and overall demand rises to meet the needs of food production, thirsty industries, thermal power plants and households. Improving the efficiency of water use in agriculture is inextricably linked to many SDGs, such as those related to zero hunger, availability and access to water, climate action, and ecosystem services. Moreover, climate risks such as floods could displace up to 30 million people living in major cities in low-elevation coastal zones like Lagos, Banjul, Abidjan, and Alexandria. About two million people could potentially be flooded in the 2020s. As sea levels rise, so too does the risk that hard-won development goals could be washed away.

This is one of the reasons why the AfDB joined forces with former UN Secretary-General Ban Ki-moon to establish the Global Center for Adaptation in Africa. On 6 April this year, more than 30 leaders from Africa and around the world convened to discuss how to accelerate climate change adaptation in Africa. Together, we launched the Africa Adaptation Acceleration Program.

We are working hard to establish a facility to implement this landmark program. It will mobilize $12.5 billion on top of the $12.5 billion that the AfDB has already committed from a range of very innovative sources. These funds will be used to speed up climate change adaptation through digital climate smart technologies for agriculture, an infrastructure resilience accelerator, youth entrepreneurship and job creation in climate adaptation and resilience component, and an innovative financial initiative component.

The AfDB will quadruple its climate financing to reach $25 billion by 2025, averaging about $4 billion a year by promoting climate-informed design and detailed risk and vulnerability assessments of its investments. In 2020, despite the challenges posed by Covid-19, which affected lending operations, the Bank channelled a total of $2 billion as climate finance across different sectors. Since 2010, the AfDB has invested an estimated $6.2 billion in water supply and sanitation services delivery. Our active water sector portfolio stood at $4.3 billion at the end of 2020. It was made up of 100 national projects implemented in 40 countries, and six multinational projects.

Africa can easily become a vibrant ‘blue economy’. 38 African countries are coastal, and 70% of them have exclusive economic zones in the sea that are largely untapped. Africa’s blue economy is a resource which remains largely underexploited but has enormous potential to boost inclusive and sustainable development. More than 12 million people are employed in fisheries alone — the largest of the African blue economy sectors, providing food security and nutrition for over 200 million Africans and generating 1.26% of Africa’s GDP. However, the blue economy faces challenges deriving from weak policy and regulatory frameworks and unsustainable human activities, such as overfishing, pollution and coastal erosion. These compromise health, biodiversity and food security.

Coastal erosion in West Africa is estimated to put an average of 500,000 people at risk annually, with economic losses amounting to 2.3% of GDP in 2013 in Togo alone. If current fisheries management practices are not reformed, marine fish catches in West African coastal states are projected to possibly drop by half by the year 2050.

In the western Indian Ocean, between 1950 and 2009, sea temperatures increased by 0.60 degrees Celsius, triggering climate-related disasters. The economic costs of the 1998 coral bleaching event to Tanzania’s and Kenya’s tourism sectors were estimated at up to $2.2 million in Zanzibar and up to $15.09 million in Mombasa, respectively.

The AfDB encourages African countries to respond proactively to the prospect of water stress by adopting new ways of managing water, strengthening water governance, and recognizing the finite value of limited natural resources.

But it is also time for developed countries to do their bit, and to make available the $100 billion per year in climate finance promised to developing countries at COP 21, and to ensure at least half of this goes to climate adaptation. Currently, only 5% of climate finance goes to resilience, with just 3% going to water. This must change before it is too late.

Delays in climate finance and failure to deliver on pledges are not just limiting climate action. They make for a missed opportunity to be part of a trillion-dollar challenge that will shape the future not just of the African continent but of the global economy. Even a drop in the ocean can make a wave of change. Let’s combine our efforts and ensure the availability and sustainable management of water and sanitation for all.

This blog is part of Dr Adesina’s speech at the digital World Water Congress.

This article has been read 406 times
COMMENTS