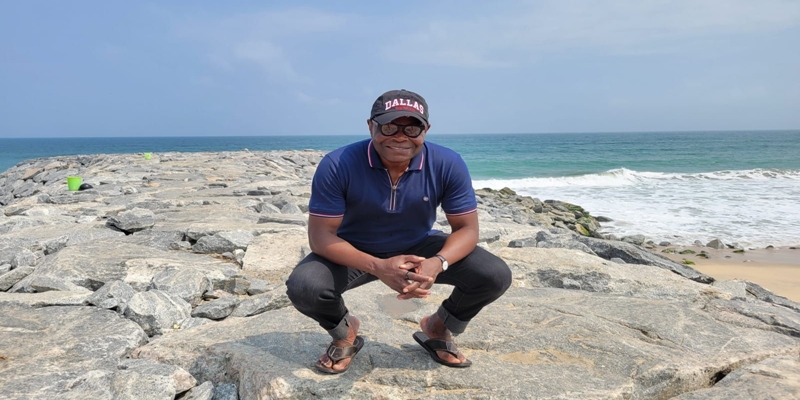 Why should anyone get excited about remittance numbers? Israel that came into existence in 1948 today has 70 companies listed on NASDAQ, with venture capital and investment flows more than all national annual budgets of African nations. And Israel's population is less than all persons that live in Lagos. No African based company is listed on NASDAQ. Prove me wrong.

Remittance is usually money immigrants send to their family members typically for personal consumption. While such has impact, it does not help cure the deficiency in weak and porous national economic development agenda of most African nations. When there is FDI - foreign direct investment, specific to sectors done on return of capital, assisted by national interest rate on borrowing that is in single digit, Africa may begin to see real and effective growth.

When interest rate on borrowed capital is in high double digits and hardly any amortizing loan on a long term, personal and corporate financing are seen as not supporting economic development.

African nations have been confused and often misled by World Bank and IMF prescribed solutions. Considering that Kenya in 1975, was first African nation to benefit from IMF program, how come 37 years hence, Kenya’s annual budget is less than $20b and Nigeria the most populous African nation with 160m, only has mere $32b federal budget, for its 2012 spending?

The currency wars visited on Africa that devalued its currencies to the extent that no African nation has a single digit exchange rate to either the dollar or pound/euro, an indication Africa is screwed.

While the West insisted on Africa democratizing as a means to economic development, it did not make such insistence on China and all nations in the Middle East. Here are some examples; China refused its currency to be devalued or peaked to either the dollar or pound/euro, making China strong. China is a communist nation developing faster and better than the world’s largest democracy: India, which is still a basket case. Flip to the Middle East, they all are monarchies -  no democracy-  but their currencies when exchanged to the dollar or pound/euro,  are a multiple higher than the hard currency.

Africa became the laboratory for experiments on how to manipulate a nation's currency to make them dependent, and they swallowed line, hook and sinker. Until African nations insist on removing exchange rate fluctuation because there is really no science and or hard-core formula to deriving the rate compared to another country's currency, they will never emerge.

When Nigeria's Naira was stronger than the dollar and was at the same rate as the pound in the 70s up until mid-80s, Nigeria was on a roll: Foreign skills and manpower flowed to the country, and Nigerians upon completion of education abroad headed home to help develop their nation. What develops a nation is skilled labor and not mere cheap money like Diaspora remittance.

Once Nigeria was sold on lousy SAP - Structural Adjustment Programme of World Bank and IMF, its economy went to hell and began a free fall. In 1985, a Nigerian flying to US, paid about N700, then an equivalent of $1,300. Today, same Nigerian flying to US, pays something in the neighborhood of N247,500. Calculating the rate of change suggests annual change of 24.28%; compounding. How can a nation survive such a rate of change which has eroded their national savings and wealth?

By encouraging Africans to remit money, it says go to the West and slave on modern pay as a 'glorified slave', and send some home when and if one can.

Saudi Arabia exports oil to the world and US mainly. Nigeria exports oil to the world and US mainly. However, an American going to Saudi Arabia needs about $3m to be a millionaire in Saudi currency. The same American going to Nigeria, needs mere $7,000. What is wrong with that picture?  Saudi Arabia is a monarch and they are not going to be a democracy in our lifetime. Nigeria is a democracy with 160m, high college educated persons than Saudis. How come it is a basket economy?  Nigeria has to say 'no' to World Bank and IMF prescriptions except such prescriptions will enhance its national economic development agenda and not jeopardize its population's well-being.

For too long, African nations have succumbed to foreign delivered prescriptions which often are laboratory experiments by PhD folks who are trying to justify their thesis or play in a continent they believe is unsuspecting of voo-doo economy prescriptions.

It's time Africans called off the baffle and seek organic development agenda. When others tell one what to do, they better believe, it is to suit the teller's interest and agenda. Come to think of it, there is no university in the world an African has not excelled in. If that is the case, why listen to persons some Africans scored better academically? It's an insult and a thought that should every African rise and be counted.

A nation's destiny lies in their hands, as they must be the architect and developer, and only invite those who want to invest or partner with them, to join in.

This article has been read 250 times
COMMENTS