Russia and China: Geopolitical Rivals and Competitors in Africa 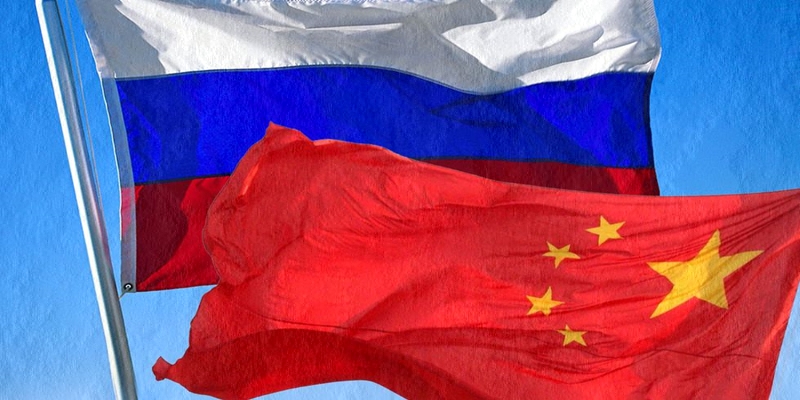 The growth of neo-colonial tendencies, the current geopolitical developments and the scramble for its resources by external countries in Africa are some of the issues researcher and business analyst Lipton Matthews recently discussed with Kester Kenn Klomegah for InDepthNews (IDN). Matthews is associated with Merion West, The Federalist, American Thinker, Intellectual Takeout, Mises Institute, and Imaginative Conservative.

Matthews talks also on the positive prospects and significance of the African Continental Free Trade Area (AfCFTA) and advises both African leaders and corporate business leaders to collaborate in strengthening trade networks within the continent, take up the emerging challenges and seize the opportunity to build a better Africa. Here are the interview excerpts:

What do you think of China's and Russia's engagement with Africa in general? What would you say comparatively about these two foreign players in Africa?

Matthews: African experts like Peter Kagwanja and Rahamtalla Mohamed Osman have rubbished the claim that China is colonizing Africa. In general, African leaders perceive China to be the driving force behind modernization in the region. For example, during 2001-2002, China's Foreign Direct Investment in Sub-Saharan Africa increased by 53% yearly, dwarfing American investment that grew by a mere 14%. Moreover, neither were African countries among those at the UN rebuking China for its treatment of the primarily Muslim Uyghur population in 2020.

Nevertheless, reports deriding China's influence in Africa are pervasive in the West, but in reality, Africans are appreciative of China's role in the region. Since the days of the Cold War, developing countries have viewed China as an ally. Therefore, the ascent of China is perceived favourably by African policymakers because it represents the aspirations of the developing world.

Meanwhile, China has greater legitimacy in Africa considering that it did not possess a colonial empire in the region. Likewise, Russia had an empire in Europe, but not in Africa, so the Russians are positioned to portray themselves as liberators. Furthermore, Russians were never a part of the political West and during the Cold War, they collaborated with Africans against Western hegemony. So, consequently, Africans are likely to embrace Russia as an ally and not construe her interference in the region as an act of imperialism.

Though Russia's investment in Africa is not on the scale of China, it appears that Russian players have identified the region as a source of raw materials and are exploiting the opportunities offered by the continent. Western pundits fail to recognize that Russia and China are harnessing their distinctiveness from the West to acquire political mileage in Africa. The West is losing the battle for dominance in Africa due to ideological reasons. For instance, Westerners preach classical liberalism, whereas Russia and China champion a statist approach to development. Because the doctrines of these powers are consonant with the left-leaning philosophy of Africa, their actions are less likely to invite contempt.

Do you also think there is an emerging rivalry in geopolitics, consistent confrontation against the United States and Europe (especially France) in Africa and what if China and Russia team up together?

Matthews: There is always rivalry in geopolitics, but the tactics of Russia and China have been misunderstood. Both countries are playing a spoiler role in Western politics. They intend to foment chaos in Western democracies to accelerate tensions, and in the era of social media, they have been able to do so on a grand scale. Unlike the West, Russia and China are led by brilliant strategists. The Russians and Chinese duped Western strategists into thinking that they want to challenge Western hegemony.

However, they only aim to create spheres of influence that are divorced from Western interference. Russia wants to contain America's presence in Eastern Europe and China envisions creating a Sino-Centric Order in Asia. For Americans and the broader Western community to deter the rise of China and Russia, they must leverage soft power to obtain the favour of developing countries. Developing countries value the non-interference stance of Russia and China, so if Western countries were to affirm a less moralistic foreign policy they could shift the balance of power in their favour.

Compared to America, China and Russia are technological laggards and paper tigers, but they understand the primacy of ideas. Westerners think that they are fighting a geopolitical war, when they are actually competing for ideological supremacy. For example, Russia is popular in Mali, unlike France, because the former can deploy propaganda to present herself as a victim of Western imperialism, even though Russia was an imperial power and today exerts its clout in Eastern Europe.

Another issue is that, in this case, the colonial power was France and not Russia, so the latter can always project legitimacy. Conversely, Russia and China acknowledge that war is not required to undermine the West, because Western countries no longer believe in themselves. Throughout the West, white people are assaulting Western history and since demoralized people are not motivated to fight wars, China and Russia have already won the battle.

Lastly, China and Russia are unwilling to team up in order to defeat the West, since this is not a necessity. It is obvious that the West is the architect of its demise. Similarly, Russia and China are competing for influence, so it is more feasible for either partner to associate with the West to constrain the potential of her rival. To forestall the rise of her adversaries, West leaders need to employ foreign policy strategists who actually understand ideas and history.

Is it appropriate when we use the term “neo-colonialism” referring to a number of foreign players in Africa? What countries are the neo-colonizers, in your view?

Matthews: First, we need to acknowledge that colonialism is not a new phenomenon and neither is it unique to Europeans. History also documents examples of Europeans colonizing predominantly white territories in Europe. For example, Sweden once had an empire in Europe. However, colonization is an expensive endeavour and the association between economic growth and empire is actually negative, according to the late Paul Bairoch.

In fact, many countries have recorded astounding growth without possessing empires. On the other hand, we must disabuse ourselves of the notion that colonialism is inherently exploitative. Most people would prefer sovereignty to colonial rule, but the truth is that colonial status does not impede economic growth and some colonies in Africa experienced faster growth during the colonial era. We should give greater priority to good governance than national sovereignty. It is better to be under the rule of benevolent colonizers than to be the subject of a dictator.

Additionally, in relation to the issue of neo-colonialism concerns are misplaced. China is in the business of maximizing the potential of Africa's resources, not empire-building. The problem is that governance structures in Africa are weak, so it is easy for China to evade regulations. The perception that China is colonizing Africa is a consequence of Africa's history of defective governance. In actuality, China through its infrastructural projects is presiding over the modernization of Africa, similar to what Europeans and Americans did in the developing world years ago.

However, the difference is that the Chinese are not imposing their standards on Africans. Yet this could be a disadvantage because linking investment to the implementation of higher standards could result in ameliorating governance structures in Africa thereby increasing the region's propensity to attract investment. But African leaders appreciate that Chinese investments are not wedded to reforms. Though overall, China's influence in Africa has been positive.

According to scholars based at John Hopkins University and Boston University, during 2000-2015, China lent $95.5 billion to Africa and 40 per cent of the loans financed power generation and transmission, and the remaining 30 per cent modernized Africa's dilapidated infrastructure.

Further, despite the narrative that Chinese investments are allotted to extractive sectors, they account for one-third of the total Chinese investment in Africa, according to Dollar et al (2015). The study also notes that China's share of foreign investment is higher in weak governance states, and as a result, Africa is a prime target since governance is less effective in the region. Therefore, Africa is susceptible to exploitation by China, since several countries failed to improve governance.

Do you think, with the adoption of African Continental Free Trade (AfCFTA), offers a window of hope for attaining economic independence for Africa? What role Russia can play in this or of what significance is it for potential Russian investors?

Matthews: First. The relationship between trade openness and economic growth in Africa is positive. Further, the World Bank estimates that by 2035, this project will rescue 68 million people from poverty and increase gross domestic product by $450 billion.

By removing barriers to trade in the region, the agreement will create new entrepreneurial activities and spur innovations in technology. The free trade agreement will even be more beneficial if Africa's policymakers ensure that intellectual property is not over-regulated. Innovations can occur without intellectual property laws and society is more likely to benefit when ideas are freely released into the public domain.

In order to aid Africa, Russia should assist Africa in transitioning to a knowledge-based economy by promoting technology transfer agreements. Russians must also invest in more R&D collaborations with their African partners. This agreement will revolutionize. Africa's economy and a richer Africa is a positive for Russian investors. If African is properly managed, then the continent should succeed. [….]

This article has been read 351 times
COMMENTS