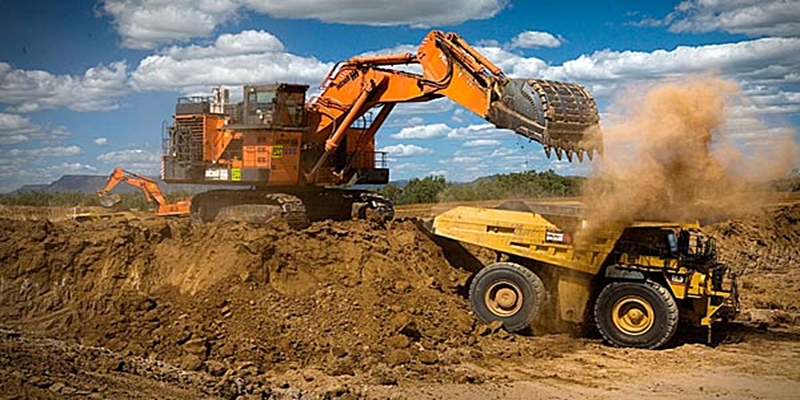 On the 4th of August 2021, I virtually spoke with members of Canada - African Chamber of Business and The National Club of Toronto on critical metals and minerals in Uganda.  There is growing interest by both domestic and foreign investors in this area whose potential is currently valued at 620.5 billion US dollars. With value addition on these minerals, the embedded value quadruples.

Uganda’s past and recent geological surveys indicate the presence of at least three (3) mineral rich tectonic domains within the continental crust, richly endowed with an assortment of minerals. These include the Archean Basement, the Proterozoic rocks, and the Phanerozoic rocks. The assortment of minerals include gold, iron, copper, cobalt, nickel, rare earth elements and limestone as most notable.

But where exactly are these minerals and how much potential reserves do we have? Let’s look at the selected minerals in detail.

Iron Ore: The largest deposit of hematite is found at Muko in Kabale and Kisoro districts with total resources of over 50 million tons. Extra 2 million tons of hematite are also found in Mugabuzi in Mbarara district. Magnetite ores occurs in Tororo, Manafwa, Moroto, Kotido and potential target for exploration in Mayuge. The estimated untapped reserves are at 99% and estimated Potential Value of USD 15.6 billion. Total estimated reserves from recent geophysical survey are at 1billion tonnes.

Gold: Largest deposits of gold are in the Western Buhweju Plateau and Kigezi in Western Uganda followed by Mubende-Kiboga in the Central region and Karamoja in North East. Potential targets for gold exploration are in Hoima, Aboke, Kaliro and Arua. Gold sector employs 212,658 with potential to employ 425,265 people. Estimated untapped reserves of 221 metric tons are at 99% with estimated potential value of USD 3.4 billion.

Copper, Cobalt and Nickel: These are mined concurrently as they occur in the same geologies. An investment opportunity also exists in exploration in areas other than Kilembe Mines, Kasese. Deposits predominantly occur in Kilembe and marginal occurrences in Mbarara and Karamoja.  Current copper reserves are estimated to be at 6 million tons with 100% untapped reserves and potential value of $39 billion; cobalt at 5.5 million tons, 100% untapped reserves and potential value of $181 billion. Nickel reserves are currently under evaluation with potential target for exploration in Iganga and Masindi districts.

Rare Earth Elements (REE): Geochemistry results of preliminary exploration for REE have shown evidence of aluminous clays rich in rare earth elements such as yttrium, scandium, gallium, cerium, dysprosium, erbium, europium, gadolinium, holmium and lanthanum. REE are used as;-  Magnets in electronics such as phones, televisions, computers, automobiles, wind turbines, aircraft, electric vehicles etc. Also used as catalysts in high technology and green products (clean energy), metals alloys for defense munition manufacturing industry (armored vehicles, projectiles), ceramics and glass polishing in the ceramics and glass manufacturing industry.  REE deposits are found   in Makuutu, Bugweri in Eastern Uganda and are believed to have the high basket prices than all other sediments in the world beside reserves in China. Other REE occurrences are present in Sukulu, Butiriku, Bukusu, Napak and Makuuta with resource of 3.73 billion tons of aluminous clays that are enriched in scandium, Gallium, Yttrium with estimated potential value of USD 370 billion.

Vermiculite. This mineral is found in Sukulu and Bukusu Eastern Uganda as an alteration product of mica and other minerals, used for insulation or as a moisture-retentive medium for growing plant. The Namekera vermiculite mine, is considered one of the largest and highest quality vermiculite assets globally. Vermiculite is also used for: Fertilizers packaging materials, friction linings, auto paints & lacquers, building boards, plasters, loose-fil insulation and lightweight concrete for floors and roofs. Current reserves are estimated at 54.9 million metric tons with an estimated value of US$ 11.5 billion. Untapped reserves are at 99%. The demand for vermiculite is driven by the fertilizer and fire-retardant industry.

Uganda is delivering an incentive regime favorable for investment in minerals extraction and value addition. For example, in 2014, government waived taxes on both import of raw materials and export of refined gold which led to the establishment of African Gold Refinery. With more development of infrastructure, modernization of the mining sector and development of investment-friendly policies, domestic and foreign investment is expected to increase in bounds. Uganda Investment Authority continues to expand its analytics and business projection capabilities to provide investors with real time business case specifics, return and value.

Chairman of the Board – Uganda Investment Authority

This article has been read 171 times
COMMENTS