Is Ruto’s Philosophy Chopper or Wheelbarrow? 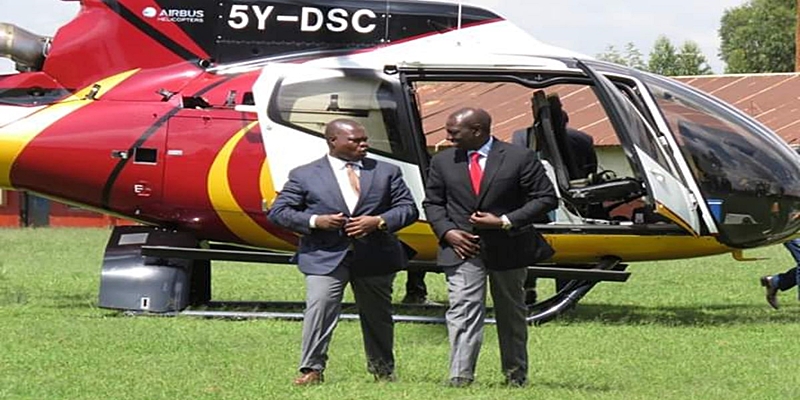 There has been Kenya-Uganda news after Kenya’s Deputy President, William Ruto, was recently barred from flying to Uganda. Those who know who this man know how sensitive this is at this time when Kenya is in an election mood. I heard some Kenyan opposition trailblazers complaining that Ruto was heading to Uganda to learn how to become life president. Today, I’m not talking about this suspicious political marriage. Instead, I’ll look at the philosophy of Mr Ruto.

In Kenya, when you talk about Ruto, you automatically talk about a wheelbarrow. This old-fashioned machine has recently become famous in Kenya for all wrong reasons. Those who grew up in the seventies and eighties would like to believe that the world has advanced when it comes to machines. In those years, having a car was as good as having a plane today. Having a pushcart then was like having a boda boda today. Kenya body politic that has forced me to revisit golden times and modern political gimmicks and hypocrisy.

I love Kenya’s politicians but hate their cronies and insane followers. Currently, Kenya is entertained to some soap operas revolving around two fake groups, namely the hustlers and dynasties. When I hear the ruckus and rumpus over dynasties and hustler in the neighbouring Kenya, sometimes I feel like puking. You can’t really differentiate between the duo.

Secondly, when I look at Ruto and his lieutenants, I see no hustler but monied guys trying to dupe the paupers that they are the same while they indeed aren’t. Lucky for them, those jumping into their bandwagon don’t question where they got the money they are using to bribe and purchase them. The money they are swimming in is probably the proceed of robbing real hustlers. Ruto, once-kuku seller, became a member of dynasty a long time ago when he joined the then ruling Kanu under his tribesman, Daniel arap Moi. His stint at Youth for Kanu 92 can be said to be his source of power and wealth. The Standard (2017) sums up who Ruto actually is noting that “he donates at least Sh2 million at a single church harambee, sometimes up to three per day.” Can a man coughing such big dosh be a hustler in any sense really?

Thirdly, let’s face it. Is Ruto a hustler just because he once was? Ruto, the guy who can afford to buy choppers? Who’s fooling who here? Ruto’s not even a wheelbarrow philosopher but a jet set. He is more of a chopper man than wheelbarrow man. Wherever he goes, he flies on choppers. Is there any connection with the wheelbarrow?

In sum, it doesn’t need a PhD in political science to identify fakes and schemers. Kenyans need to clinically examine the philosophy behind the dynasty and hustler brouhaha.

Mhango is a lifetime member of the Writers' Alliance of Newfoundland and Labrador (WANL), an expert in Terrorism and author of over 20 books among which are Africa Reunite or Perish, 'Is It Global War on Terrorism' or Global War over Terra Africana? How Africa Developed Europe and has contributed many chapters in scholarly works