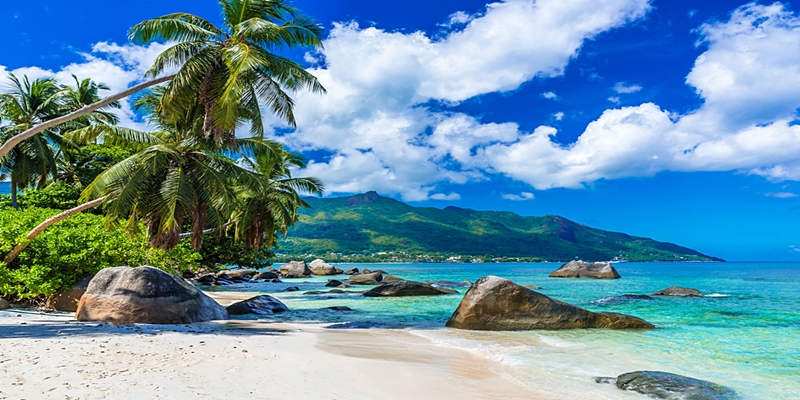 As an island nation state totally surrounded by the ocean, Seychelles considers water bodies worthy of special status and recognises them to be among Africa’s most prized natural assets. They need to be valued, protected and taken good care of our seas and oceans are very strategic economic assets and could be regarded as the cornerstone of our modern-day development efforts. Africa is indeed well located to play an important role in the world economy for the richness of its oceans and the facilities she provides for world trade.

The Atlantic Ocean, for example, that washes the continent’s western shores is the world’s second largest ocean and the world’s richest fishing grounds. It is also rich in natural gas and oil deposits.

The Indian Ocean is one of the greatest facilitators of maritime trade as it is the host of vital sea routes that connect the Middle East, Africa and East Asia to Europe and the Americas. It also carries more than half of the world’s sea-borne oil. This ocean is also rich in many assets, including natural gas and oil deposits.

Likewise, the Red Sea is one of the world’s most heavily travelled waterways. When the West was finding the closest route to the East, instead of going via the Cape of Good Hope, the Suez Canal was dug and officially opened on 17th November 1869, making it part of the Silk Road between Asia and Europe through Africa. Since the enlargement of the Canal and its re-opening on 6 August 2015 as the New Suez Canal, the number of ships going through it has increased from 49 to 97. In 2020 some 19,000 cargo ships carrying 1.17 billion tonnes of cargo worth over 6.2 billion USD in revenue for Egypt went through the canal. Roughly 4 times more ships go through the Suez Canal than through the Panama Canal. Its importance was deeply felt when the Evergreen blocked the canal and world trade came to a near stop.

Last, but not least, there is the Mediterranean Sea, which bears major historical importance with regards to its role in the development of trade and shipping. Unfortunately, it has become a grave for African migrants wanting to leave Africa in the hope of a better life in Europe. Thousands of our brothers and sisters never make it. The exploitation that can be described as modern day slavery, engineered by dishonest Africans lords, brings to us the harsh reality of continued slavery on our continent.

Unfortunately, too often the wealth produced by Africa’s natural assets does not return to Africa, but stays elsewhere. This exploitation has to be addressed. I call on all leaders of Africa to help stop the plunder and enrichment of third parties while our African brothers and sisters continue knocking doors with begging bowls. I also call on western nations to not only preach democracy and humanitarian principles, but to practice them, as it is only in this manner that we will have fairness and work towards solving poverty issues, while achieving Sustainable Development Goals. I repeat the call  for an efficient and meaningful partnership.

The continent recognizes the importance of its great network of rivers and lakes that feed into these seas and oceans and of course the coastal marshes that are such important reproduction habitats of so many sea water species.

There is no doubt whatsoever that Africa’s inland and surrounding water bodies are truly at the core of all development strategies and efforts. They offer many transformative attributes that have shaped, and have even greater power to further mould societies and communities according to their socio-economic aspirations. This could be illustrated by the adoption of a blue economy strategy as a development pathway by many African countries, where oceans, seas, lakes and rivers have become Africa’s true north.

Perspectives for future development are immense. Indeed, these waterbodies are integral to our livelihoods, and yet some of them, like the Indian Ocean, have been described as being amongst the least explored terrains in the world. Our task is to push for continued scientific research; for oceans and seas not only to have ecological, nutritional and economic values, but also to recognise their role as key climate regulators that influence global weather systems. In other words, Africa must ensure that we persevere in the protection of planet earth. At COP26, this message from our continent must resonate throughout the world. Seychelles, like other island states of the continent will make its voice heard as it fights for its sheer existence in the climate change adaptation programmes.

The emphasis on the need for greater education programmes in getting communities to attach greater values and respect to our seas and oceans cannot be stressed enough. Our nations need to know the ripple effects of human interventions specially when there is over exploitation and sustainability is threatened. Our ‘blue’ blind spot or ocean-related scientific knowledge gaps need to be filled. Mindsets need to change and be revamped with more creative, ingenious and constructive ways of thinking. As our actions impact on the living seas, oceans and waterways in and around our continent, it becomes our duty to also transform the minds of future generations and make the youth of tomorrow the guardians of those important assets.

Indeed, all these are auspicious, but daunting tasks and ambitions which might seem illusory for many African countries whose immediate preoccupation amidst the COVID-19 pandemic is to satisfy their nation’s basic needs. In this challenging international context, it is crucial that the development of our ‘blue’ resources remains central to our efforts to ensure food security and social wellbeing. Let us also be always reminded of the principles of inclusivity, which creates space for cooperative and coordinated actions. As such, what may seem unattainable alone, may be achievable through our combined efforts and actions.

The Ocean Decade launched earlier during the year presents an opportunity for us citizens of this great African continent to reach out to our neighbours and even further out to other global citizens to explore the means and opportunities for the sustainable utilization of our water bodies for the benefit of all.

In concluding, may I stress that we maintain Africa’s seas, lakes and oceans its rightful place: at the heart of our modern civilization.

So, let us direct our actions towards our true north, the ‘blue north’, and secure this beacon of hope for Africa!

This article has been read 468 times
COMMENTS