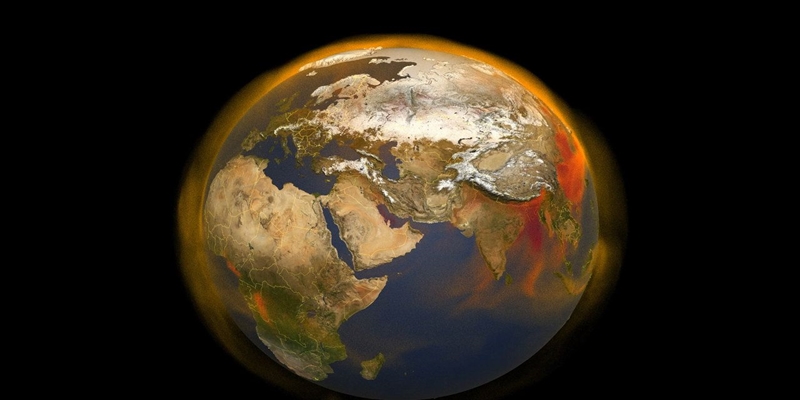 “We blame the white man for (the Atlantic Slave Trade) we went through…Who sold the black man to the whites? Our traditional leaders… The enemy is not outside; the enemy is within.  Our traditional leaders must be the first to apologize for the evil they have done to fellow blac ks” – Samuel Noi Mensah, Presiding Bishop of Full Gospel Church International, Tema, Ghana.

Kailash Kr. Kanoria, in History and Culture, July 5, 2020, with the title” Atlantic Slave Trade-the Root of Racism”, supports the position of Bishop Mensah: “One important thing to mention here is that Europeans did not capture the slaves by going inside the African continent. Rather, African slave traders themselves captured the slaves and brought them near the coast to be sold to the Europeans”. (SOURCE: A Different Perspective [worldpress.com])

Almost always, discourse of the Atlantic Slave Trade would largely focus on the Protracted Holocaust perpetuated by Europeans over three centuries; and little emphasis would be placed on the collaborative role of African leaders in West and Central Africa who caught and sold into slavery fellow Africans. At the time of the Atlantic Slave Trade, there were dense, fearsome, almost-impenetrable tropical rainforests in the village environments where people were captured from.  Hardly any European would have dared to go even ten miles from the coast into the eerie tropical rainforests with their giant trees and thick undergrowth, and innumerable lethal insects and poisonous reptiles and predatory mammals.

The historical records available state that about 12 million African slaves  were shipped across the Atlantic Ocean and sold as slaves in the Americas over a 300 years period.  There are no records of those Africans who were killed as the slave raiders attacked villages - empowered with guns from the white man.  There are no records on how many people died as the kidnapped Africans had to be marched, maybe over a hundred miles, through forest paths, roughly shackled, as they headed for the coast – being bitten by tormenting insects, and venomous snakes.  There are no records as to how many people died as the kidnapped Africans were kept in fetid dungeons on the coast as they awaited slave ships.  Those were the “enemy within” that Bishop Mensah spoke about in his church, with his video going viral on social media in 2021.

Didn’t these Africans who sold into slavery fellow Africans ever bothered to wonder: “Where are they taking them?”

Even before the slaves would be taken onboard the slave ships they would be roughly and rudely stripped off their clothing, and their heads shaved. Onboard the slave ships were hellish conditions – as men, women, and children were cramped below the deck of slave ships. The men would be chained and shackled. The shelf-like places they were packed in was so low, they could not even sit up.  Many died of diseases such as measles, smallpox, influenza, scurvy, dysentery, and were thrown overboard…. Those who survived were completely dehumanized – forced to eat; forced to exercise.  “Out of over 12 million slaves, almost 2 million wouldn’t survive the horrific journey” (SOURCE: The Terrifying Conditions Aboard a Slave Ship [iheartintelligence.com]; Kristina Ivanova, June 11, 2020)

In the Americas, there was regularly horrific punishment for slaves who dared not to answer the white master correctly, or who tried to escape slavery.  There was “SHACKLING”. This was an artifact that was made of wrought iron.  It was used to shackle a slave’s wrists. If the slaves were being transported, their wrists and ankles would be shackled. There was BRANDING.  This was routinely done to identify what white master owned what slaves. They were branded on their palms, shoulders, buttocks, abdomen, and, a favored place was on their faces.  WHIPPING was common on the slave plantations.  It was excruciatingly severe. The flesh of the slaves would be lacerated and mangled.  Then, they would put pepper or lime or harsh substances on the slaves' open wounds. Sexually assaulting females would start on slave ships and continue throughout the lives of female slaves on the plantations. They would AMPUTATE the slaves; or chop off their penises - on suspicion of sexual offenses.  HANGING of slaves to send terror into the hearts of other slaves was a common punishment. Sometimes, slaves would be hung with hooks dug into their lungs; and hung upside down. (SOURCE: https://answersafrica.com/8 most horrific and inhumane black punishments).

My brainchild in Liberia in 1987, the SAVE MY FUTURE CONSERVATION SOCIETY (SAMFU), was financed by the World Wide Fund for Nature (WWF) International and the German Forestry Mission to Liberia to produce and publish GREENLOVE magazine in 1989, which I was CEO and Editor.

GREENLOVE magazine had a cartoon drawing of Negroid slaves emerging from New York/United States’ Statue of Liberty, ‘Lady Liberty’s’ tablet, and dangling down her sides, with her base like a tree, being chopped down by loggers. In Calabar, Cross River State, southeastern Nigeria in 1992, I hatched the SLAVE SHIP-FREEDOM SHIP concept: this is the fusion of the thought of the Atlantic Slave Trade – thought of egoistic-ism; of insularity; of insensitivity; of rabid destruction of what nature one does not fully understand - and global warming.

My project on the concept in Nigeria in 1994 was aborted, and security agencies of the Federal Government of Nigeria misunderstanding my pan-African-green quest sent me back home to Sierra Leone in 1995. In 1996, the Federal Government of Nigeria through its High Commission in Freetown, Sierra Leone, financed the reactivation of my idea fusing the Atlantic Slave Trade and the environment. In September, 2019, I solely financed a demonstration of ‘slaves’ parading through the streets of Freetown with T-shirt-clad youth with banners (reading “Climate Change is a Continuum of the Atlantic Slave Trade. $2 trillion for Climate Change Adaptation and Mitigation in Africa”) to again dramatize this fusion of the Atlantic Slave Trade and man-made Climate Change. Part of my aim has always been to get Africans, and enlightened Europeans/Americans, to re-enact phases of the Atlantic Trade to ‘make it alive’; to feel a bit of the agony Negroid slaves experienced. The “Greatest Evil” of Climate Change can be given ‘life’ through this imaginative thrust of mine - to strike the consciences of people in the West.

“An estimated 56 million natives of the Americas were either killed by Europeans or died of European diseases between Christopher Columbus arriving in 1492 and the year 1600.. …Through massacres, forced removals, biological warfare ..the United States of America managed to reduce their native populations from millions to a mere 230,306 by the 1900 census…..Adolf Hitler cited the United States’ as inspiration for his own Holocaust, which accounted for the loss of 6 million Jews . (Hitler’s) minister of propaganda, Joseph Goebbels, on numerous occasions referenced the United States’ history with native populations as a direct educative tool for their own Final Solution”. (SOURCE: The Indigenous Genocide We Refuse To Acknowledge | by Erik Anderson Scott | The Bigger Picture | Medium).

Jerome Hallam’s talk of “the annihilation project” that is man-made Climate Change today has historic precedence – in the genocide on indigenous peoples in the Americas, Australia, Congo basin; the Atlantic Slave Trade…. Today’s mass murder has been (being) planned and executed by the same Americans and Europeans (now joined by the Chinese) whose forefathers had done the previous mass murders - in full view of the world, glossed as “economic progress” within a Capitalist system.

In an article in the United Kingdom’s The Guardian newpaper by Damian Carrington, June 3, 2021, titled, “Climate tipping points could topple like dominoes, warn scientists”, we are warned of “significant risk of cascading events even at 2 degrees Celsius of heating, with severe long-term effects. Ice sheets and ocean currents at risk of climate tipping points can destabilise each other as the world heats up, leading to a domino effect with severe consequences for humanity, according to a risk analysis…. The climate crisis may also mean much of the Amazon is close to a tipping point, at which carbon-storing forest is replaced by savannah”.  And Carrington writes another chilling fact from the scientific report:   "The ocean currents of the Atlantic Meridional Overturning Circulation (AMOC), of which the Gulf Stream is an important part and keeps western Europe mild, are at their weakest in more than a millennium”.

For the majority of African leadership who ignore Africa’s problems as they STEAL the people’s money in their care because they think they can run to Europe and the United States and live a life of luxury when Africa is devastated; for those among the African educated elite who apparently think and act as if the white man is God that would solve all problems and they wait for a cure from him, COVID-19 and how it has ravaged the West, and the wildfires in the West... should be a rude awakening to them.  The white man is not God.  Global warming leading to Climate Change has been historically caused by the people of Western Europe, and the United States.

Some scientists predict a doomsday scenario for mankind.  Others give us hope, like Prof Anders Levermann, Head of research department, Complexity Science at Potsdam Institute for Climate Impact Research, Adjunct Scientist at Columbia University, United States. "The Earth will get as warm as we make it, which means we’re the ones [that must] stop it.”

TO STOP this madness of people in the West putting on their   plates not only more food than their bodies need, but, eating meat which is causing health problems like heart diseases; they living alone in houses with six bedrooms being warmed with energy from fossil fuel which is destroying the planet... This MADNESS must STOP. Their ordinary lives of splurging on themselves, and gluttony, is tantamount to committing mass murder. While poor countries like those in Africa would have starvation and dehydration and slow painful death the norm, their leaders are not treating the Climate Change Emergency like one.  All my words here will be put into pictures and videos and using new media to communicate to the Nazi Germany-like mass murderers who are ordinary people in the West.  Poor countries like those in Africa must also rise!! Be relentless in protests. And rebellion.

By Oswald Hanciles, The Guru
Founder and CEO of the SLAVE SHIP-FREEDOM SHIP Movement.

This article has been read 115 times
COMMENTS