Afghanistan War - Winners and Losers: Then What? 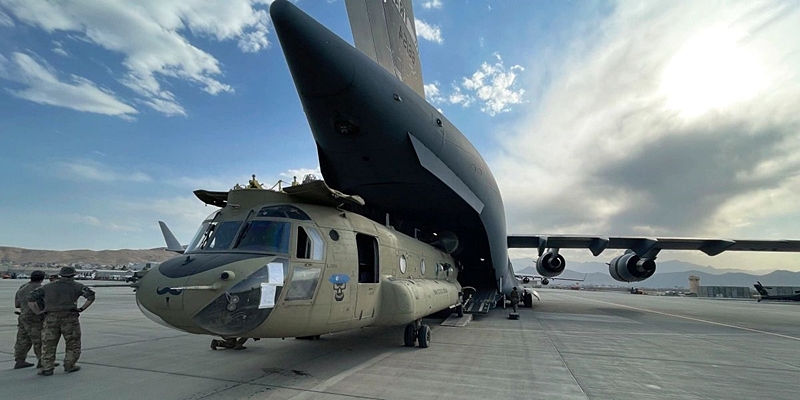 In the past weeks, the world has read and seen images of US military withdraw from Afghanistan and Taliban taking over Kabul; the prize of the conflict. The world is prompted to ask who are winners and losers in this intractable brothers-hating-brothers domestic dog fights that back in the 70s saw USSR bail out, and in comes US with its Manifest Destiny mentality got involved for more than two decades.

By US withdrawing, does it mean they lost? Of course, with all intents and purposes, when a super power is denied victory by what many may tag a rag-tag fighting force, it is cause for celebration. With US good intentions – debatable, it must be a resounding lesson for US to begin to learn that getting involved in certain internal conflicts is purely unnecessary. As much as experts may recommend getting involved, US should learn that persons who resolve to stand up to foreign aggressions are hard to defeat and no amount of sophisticated weaponry often defeats those who are willing to shed blood to defend their country.

The Vietnam lessons are fresh even though that was more than four decades ago. The world does not need US as Police man as we should begin to mind our own business. We may very well begin to watch nations that act irresponsibly towards her own citizens implode because when they notice no one is getting drawn into their nuisance conflicts, they may quit the onslaught. US has spent more than $2 Trillion and what does it end up with – ego shattered and egg on its face by Taliban.

What is the strategic benefits and or interests in Afghanistan that warranted such wasted spending on a nation not able to address her own internal conflicts. Hamid Karzai who US thought held the magic wand to solve Afghan issues, garnered support, but is now living large enjoying whatever he was able to keep for himself at the expense of US taxpayers. The immediate former President Ashraf Ghani fled with cash and cars, what a dash/run for the borders.

Are Taliban winners? Depending on the school of thought, yes. Is there cause to celebrate? Of course, especially having withstood US military might and strategically awaited the withdrawal before unleashing their drive to Kabul.

The question – does it mean US and trained Afghan forces missed the intelligence to see this coming?  So all these years of US pumping in money and equipment with attendant training – all it took was few weeks of moves and the Taliban is in? David and Goliath fight??

There is nothing to cheer in this situation until Afghan people decide to seek internal resolutions to their conflicts. US and all other world powers should back off and watch them do themselves in or up. No American blood is worth spilling for anyone/nation who has no value for life or irresponsible nations causing conflicts with the expectation that US with her insatiable appetite to get involve will come in and solve problems for them. Often the conflicts leads to US spending billions and yet go home with egg on its face.

Lessons for other nations – foreign induced peace solutions will never take the place of internally developed and generated solutions for any nation. The presence of foreign interest especially military, causes disruptions and angers many which invariably will lead to unending and elongated conflicts. Nations should strive to resolve issues internally and as much as possible keep at bay foreign interests because they cause more hurt than they help.

Manifest Destiny may have worked when it did, I don’t remember when, but it is time for nations to act responsibly towards her own citizens and politically resolve matters. In US there are serious socio-economic issues but guess what, US will not let any nation tell her what to do. If that is the case, why must any nation run to US to solve their own problems when US has her mounting problems?

Self preservation is the first order of business, anything else is playing to the gallery. Take pride in self preservation that way no nation can dictate solutions or become one’s police man by default and or design.

This article has been read 339 times
COMMENTS