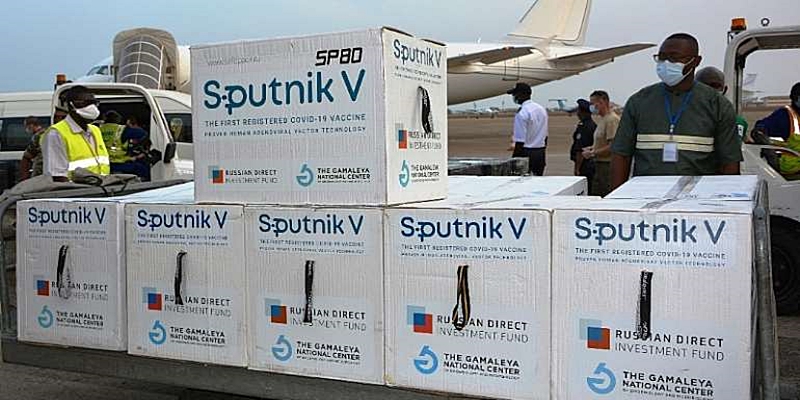 Africa Centre for Disease Control and Prevention (Africa CDC) is a specialized technical institution of the African Union (AU) that strengthens the capacity and capability of Africa's public health institutions as well as partnerships to detect and respond quickly and effectively to disease threats and outbreaks, based on data-driven interventions and programmes.

During the outbreak of the coronavirus, the African Vaccine Acquisition Task Team (AVATT) was established by African Union as a component in support of the Africa Vaccine Strategy and was endorsed by the AU Bureau of Heads of State and Government on 20th of August 2020.

Dr John Nkengasong, Director of the Africa Centers for Disease Control and Prevention (Africa CDC) emphasizes: “Africa has to team up with development partners to achieve its 60% continent-wide vaccination in the next two years. I think that is why we should as a collective of the continent, and of course, in partnership with the developed world make sure that Africa has a timely access to vaccines to meet our vaccination targets.”

In February 2021, the Africa Vaccine Acquisition Task Team from the African Union (AU) reported that Russia would supply and deliver 300 million Sputnik V vaccines to Africa, to support African countries to attain their targeted immunization of 60% of the population by the year-end. That vaccine story disappeared, but instead what becomes so common is the speedy registration of Sputnik V on bilateral basis in various African countries.

“Nigeria has become the 68th country in the world to approve the Russian vaccine. Total population of all countries, where Sputnik V is approved for use, now exceeds 3.7 billion people, which is nearly half of the global population,” reports the Russian Direct Investment Fund (RDIF).

“Sputnik V is based on a proven human adenoviral vectors platform and is successfully used in over 50 countries. Approval in Nigeria will make an important contribution to the country's fight against the pandemic,” CEO of the Russian Direct Investment Fund (RDIF) Kirill Dmitriev says.

Majority of these African countries, where Sputnik V was registered, could not get supplies to purchase as promised. Ethiopian Ambassador to Moscow, Alemayehu Tegenu Aargau, said in an interview that he expected the supplies of the Russian vaccine in Ethiopia in the nearest future, after all the technical issues are finalized to boost its domestic vaccination in the country of approximately 109 million population.

Russia's drive to share Sputnik V vaccine offers a chance to raise its image and strengthen alliances in Africa but supply and delivery have largely lagged behind.  Promising more than can be delivered appears to be a universal problem with coronavirus vaccines, and it is a real risk for Russia as well, observes Theresa Fallon, Director of the Brussels-based Centre for Russia Europe Asia Studies. “They have won the gold medal for creating this very effective vaccine,” she says. “But the problem is, how are they going to implement production and delivery?”

RDIF with profit motivation, has attempted supplying the Russian vaccines through, Sheikh Ahmed Dalmook Al Maktoum, from the Monarch family and a third party in Dubai, United Arab Emirates, to a number of African countries. For instance, the Republic of Ghana reportedly signed US$64.6 million contract for Sputnik V vaccine from Russia through Sheikh Ahmed Dalmook Al Maktoum. It was double the price from the producer as reported in the local media.

Russia has awarded an Emirati royal exclusive rights to sell its Sputnik V coronavirus vaccine to a host of countries in, at least, three continents in a deal that has seen buyers paying huge premiums for supplies, according to investigations reported in July by The Moscow Times.

The benefits of vaccination are enjoyed mostly by advanced economies. The bulk of the vaccines is made there, and it is used to protect their own population. But very little is being done to protect humanity in the broad sense," Russian President, Putin, observes.

According to an official release obtained late February, the Sputnik V vaccine the following advantages:

Sputnik V was registered in Russia on August 11, 2020 as the world's first officially registered coronavirus vaccine. Russian vaccines have advantages as no deaths have been reported after vaccination with the Sputnik V, Alexander Gintsburg, Director of the Gamaleya Center, the vaccine developer, said as reported by TASS News Agency. "As of today, no deaths after vaccination with Sputnik V have been registered," he said.

By Kester Kenn Klomegah
The author writes frequently on Russia, The BRICS and Africa.

This article has been read 324 times
COMMENTS