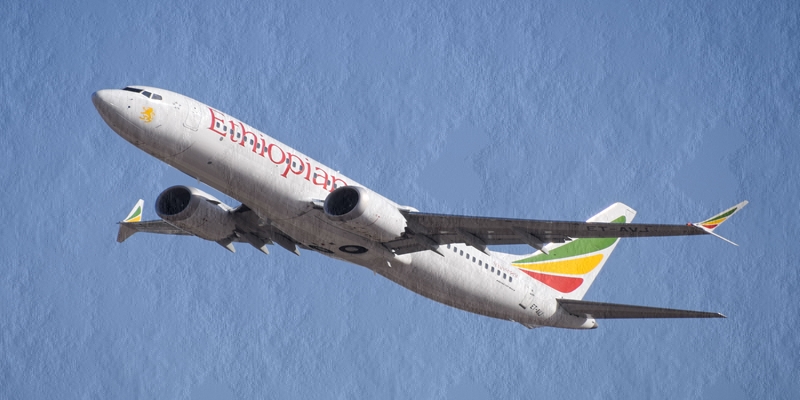 Re: The Role of Ethiopian Airlines in the War on the Tigray Region of Ethiopia

We, the Global Society of Tigray Scholars and Professionals (GSTS), are writing to alert international civil aviation regulators, banking and insurance companies that do business with Ethiopian Airlines that the Ethiopian Government is deploying the airline as a weapon of war in the genocidal war on the Tigray region. In addition to functioning as a war vessel against the rules and regulations of the International Air Transport Agency (IATA) and other regional and international regulatory bodies dedicated to the safety and security of commercial air flights, the national flag carrier has also endorsed and applied ethnic profiling to institute discriminatory practices against people of Tigrayan origin.

The war on Tigray has been characterized by grave atrocities, constituting war crimes, crimes against humanity and acts of genocide. The Ethiopian Government, with its allied Eritrean and Amhara Regional Forces, have systematically tried to annihilate the Tigray Region and its people through the systematic weaponization of sexual and gender-based violence, weaponized starvation, extrajudicial executions, wide-scale civilian massacres, deliberate and long interruption of basic services, and destruction of civil infrastructure and private properties, including heritage sites and places of worship.

Since the outset of the war on the 4th of November 2020, multiple allegations of Ethiopian Airlines’ involvement in Ethiopia’s war efforts have surfaced. More specifically, eyewitness accounts, media reports and countless photographic evidence shared on social media reveal that the carrier is actively engaged in the war.

GSTS has been closely monitoring all allegations surrounding the Ethiopian Government’s use of its national airline carrier to transport soldiers and weapons during active combat. We believe that the preponderance of evidence is such that we are obligated to alert members of the international community and regulators who are empowered, and duty bound to instigate an independent investigation into the case.

Emerging facts show that the national airline has engaged in at least three areas in relation to the war in Tigray.

1. Transport of Military Equipment and Personnel

Evidence recently shared with GSTS reveals that Ethiopian Airlines has made at least 106 multiple routing-chartered flights to and from Eritrea (Asmara, and Massawa Airports), Amhara region (Bahir Dar, Gondar, Lalibela and Kombolcha Airports), Saudi Arabia, Shanghai (China), Semera (Afar Region), India, Assosa (Benishangul-Gumuz Region), SNNPR (Awasa Airport) and other cities and countries between 6th November 2020 and 4th August 2021. These flights are only a few examples that have included large freighter aircrafts believed to be transporting weapons and other logistical support to the war zone. Some examples of these chartered flights are as follows:

Most of the busiest flight periods coincided with active war periods and/or periods of heavy troop and arsenal transport substantiating the Ethiopian airline´s extensive involvement in the Tigray war in providing military logistic support. GSTS is willing and able to share the complete list of such flights with investigators at any time, if needed. In his interview with the pro - state Walta TV, Ethiopia’s general, Bacha Debele, has inadvertently admitted about the use of commercial carrier to mobilize and deploy weaponry and soldiers. In answering to a question whether the Ethiopian civilian Cargo is serving military logistics, he bragged that “Any Ethiopian can be confident that our government has the capacity and resources; and foreign currency and when necessary can use the entire resources of the Ethiopian Airlines to transport military hardware and other logistics to and from in one day.”1

This evidence corroborates the countless images and videos that have emerged over the last ten months, some of which were publicly shared by members of the Ethiopian National Defense Forces, showing military personnel and weapons being transported on Ethiopian Airlines Aircrafts. Allegations of the role being played by Ethiopian Airlines in the war effort were further established by reports from within Eritrea that revealed the commercial carrier ferried troops to and from Ethiopia and Eritrea. It is important to note that Eritrean troops have been responsible for some of the gravest atrocities committed against the people of Tigray, leading the United States government to enact the Magnitsky Act against the Chief of Staff of the Eritrean Defense Forces, General Filipos Woldeyohannes.

In line with the Ethiopian Government’s systematic persecution of Tigrayans, Ethiopian Airlines has been overt in its discriminatory practices against ethnic-Tigrayans. The Airline has been ethnically profiling and excluding Tigrayan employees at every level of employment, including flight and ground crew and general support staff. Many were fired and put on indefinite administrative leave within days of the war’s onset.2

As discriminatory employment practices continue, many Tigrayans who had served the Airlines in good faith are left destitute and in great personal danger. GSTS has collected the testimonies from former employees of Ethiopian Airlines that were put on forced administrative leave, terminated, arrested, and forced to flee the country for fear of their lives.

Given these grave violations of safety standards for commercial planes and infringements of basic human rights through targeted ethnic profiling and harassment of an ethnic minority, GSTS is writing to all international regulators mandated to oversee commercial airlines to urgently carry out independent investigations into the activities of Ethiopian Airlines as it relates to the conflict in Tigray.

We particularly inquire for regulators to:

1. Investigate the large numbers of chartered flights that reveal the extent to which Ethiopian Airlines has been operating as an integral part of the brutal war that is being waged to annihilate an ethnic minority;

2. Listen to and consider the testimony of Tigrayans who have been ethnically profiled, fired, and denied the right to travel;

3. Take corrective measures against the Ethiopian airline for its involvement and serving as enabling tool to the genocidal war in the Tigray region.

4 In parallel to this, we argue regional and international banks and insurance companies working with Ethiopian airline to exact their own accountability measures to address the Airlines’ irresponsible and dangerous involvement in the Tigray war.

GSTS stresses that ignoring the wrongdoings of both the Ethiopian Government and Ethiopian Airlines will not only be a grave injustice and a dereliction of duty, in terms of ensuring the safety of civilian passengers, but will also set a terrible precedence for the misuse of commercial airlines to facilitate warfare across the world.
GSTS avers its support for all investigative efforts and is able and willing to share all evidence and testimonies mentioned herein with investigating parties.

i GSTS is 501(C) and 33/2011 legally registered non-partisan, not-for-profit, and autonomous Global Knowledge Network of over 3,200 Tigray Scholars and Professionals aimed at creating Knowledge-based economy and society in Tigray, and beyond. It stands for academia, multidisciplinary and cross sectoral research and applied policy development, human capital development, fostering and advancing science, technology, and innovation, technology and knowledge transfer, youth and gender development, migration and displacement, and other educational and development related endeavors. It also works in educational advocacy and collaborates with various stakeholders towards promoting peace, good governance, human rights, and humanitarian activities.

This article has been read 337 times
COMMENTS