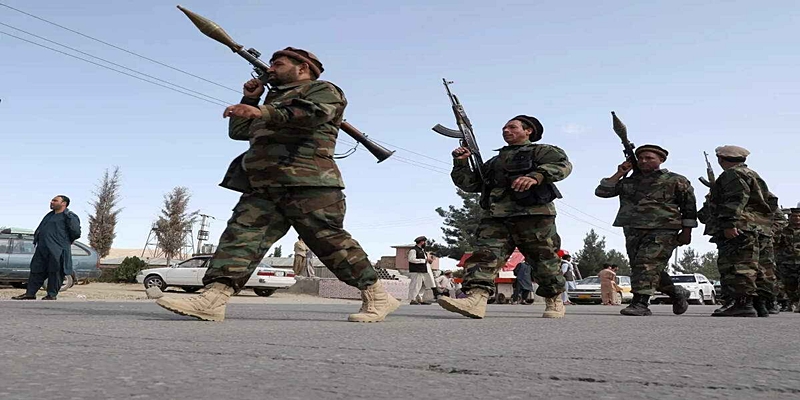 In January 2021, I published a paper on U.S. policy towards Somalia in which I expressed concern that the rapid withdrawal of U.S. military forces from Somalia could invite an Al-Shabaab takeover of Somalia. Fortunately, that did not occur. Yet that very scenario played out in Afghanistan where the government was too corrupt, weak, and isolated to sustain the fight against the Taliban. Whether an attempt by Al Shabaab to seize greater control would succeed will depend on the legitimacy and capabilities of Somalia’s political leadership and government institutions. Afghanistan and Somalia share some critical vulnerabilities, which makes Afghanistan’s fate instructive.

The key factor in both assessments is the quality of state governance rather than the quality or quantity of security forces. For a military to be effective and sustainable, it must be associated with a functioning and credible government. Afghanistan’s military was large, well-trained, and well-equipped but entirely dependent on support from the United States and NATO. Once that support was removed, the Afghan government proved entirely unable to support its forces and most troops decided that they did not think the Afghan government was worth defending, let alone dying for. There are at least two good reasons why Afghan troops and average citizens would feel this way, which could apply as well to Somalia: government corruption and dysfunction.

Rampant Corruption. The anti-corruption organization Transparency International’s 2020 Global Perceptions Index rated 179 countries. Afghanistan rated 165, Somalia was 179, the worst in the world. All observers and analysts of Afghanistan attribute the government’s collapse in part to massive government corruption, which diverted money from productive uses, fostered alienation and resentment among the citizenry, and provided the Taliban with an area where it could demonstrate greater discipline and accountability. The index suggests that for as bad as corruption was in Afghanistan, it is perceived to be worse in Somalia. When people must pay bribes to get officials to issue documents or provide a service, when businesses must pay bribes or offer profits to obtain a license or permit, when travelers encounter unauthorized checkpoints run by security personnel, people see government as predatory.

Few or No Public Services. It is a fundamental role of government to provide for its citizens’ welfare. People have a right to expect government to provide public goods and services such as security, justice, health care, education, and infrastructure. Yet, for the most part, Somalia’s federal and member state governments have little success providing such assistance in the territory they control. When the Somalia National Army or Federal Member States security elements take towns from Al-Shabaab, the “liberated” populations rarely benefit from goods and services they expect from the government. Absent government efforts to improve the lives of their citizens, the public feels ignored and marginalized and come to see government as useless. Again, it isn’t military force that will defeat an insurgency, it’s governance.

Somaliland and Puntland have demonstrated the proposition that governance can provide the security that hundreds of thousands of well-resourced Afghan military personnel could not. These governments have developed a commendable capacity to govern on behalf of their populations and use limited financial resources to good effect. These governments maintain capable militaries and police forces, run other public services, and are not conspicuously corrupt. As a result of having credible institutions and public trust, Al-Shabaab has found little or no success penetrating these areas.

Somalia and Afghanistan have jihadi insurgencies that are better organized, more disciplined, and govern territory more effectively and accountably than the corrupt and dysfunctional quasi-democratic civilian governments in Mogadishu and, until recently, in Kabul. This is a regrettable reality. As insurgents, the Taliban and Al-Shabaab have shown that in areas they control, they provide predictable levels of taxation, security, justice, social rules, less corruption, and strategically work with local tribes/clans. People might not like the form some of these practices take but compared to the absence of such governance in government-held areas; this rule is often seen as the lesser of two evils.

While the two situations bear striking similarities, there are some key differences. Somalia does not have a powerful neighbor providing Al-Shabaab support, let alone guidance, funding, weapons, intelligence, and safe haven as Pakistan provided the Taliban. None of Somalia’s neighbors, including Ethiopia, or external partners, including Qatar and UAE, have the interest or ability to direct events in Somalia or in supporting Al-Shabaab.

In addition, the Taliban and Al-Shabaab differ in their origins, operating environment, and objectives. The Taliban originated in and is shaped and dominated by Pashtun culture, whereas Al-Shabaab is shaped and somewhat constrained by Somalia’s powerful clan culture. The Taliban partners tactically with Al-Qaeda but doesn’t share its global jihad, while Al-Shabaab is a part of Al-Qaeda. The Taliban appear more interested in establishing and governing a strict Islamic state, whereas Al-Shabaab often touts the application of Islamic law but seems, for now, satisfied with its substantial influence and proceeds from an extortion and taxation network that stretches into territories controlled by the Federal Government and the Federal Member States. But Al-Shabaab’s ambitions could change at any time, especially with the increase in Al-Qaeda’s capabilities and prestige derived from the Taliban’s victory in Afghanistan and a lack of meaningful political progress by Somalia’s leadership.

An Al-Shabaab offensive is but one possible eventuality that could threaten Somalia’s status quo. What if President Museveni decided to remove Ugandan troops or Prime Minister Abiy all the Ethiopian troops? What if the European Union stopped paying the salaries of AMISOM troops? What if Qatar stopped supporting President Farmaajo? Any of these or other things could occur and imperil the survival of Somalia’s nascent and fragile civilian government. Are Somalia’s governing institutions being built to endure such a shock?

In my previously referenced policy paper, I called on Somalia’s next political leadership to make “demonstrable progress building capable institutions and governing effectively and accountably.” Somalis should use the current electoral process to choose credible parliamentarians and a president who will make hard decisions to address corruption, improve service delivery, resolve grievances, and reform the security services. Afghanistan shows how quickly things can change; Somalia has no time to waste.

The author is an American career diplomat. He served as the United States Ambassador to Somalia from July 2016 to September 2017. This paper is a revised version of a presentation delivered September 5 in a panel discussion organized by the Institute Youth Economic, Security, Stabilization in Somalia (IYESS)

This article has been read 209 times
COMMENTS