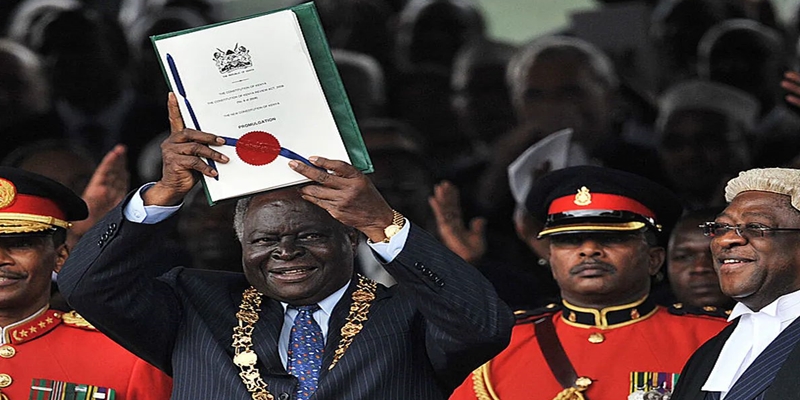 Once seen as exceptional events, use of referenda phenomena in processes of constitutional creation and alteration has snowballed into a global hellhole in recent decades.Indeed, they have egressed into fixed features of modern constitutional games.These devices have on occasions made life more convoluted for governments, parliaments and political parties. And at times, they have been valuable instruments to decipher enigmas that these establishments appear incapable or disinclined to undertake.

Referenda are therefore identified by political stakeholders as a strategy to legitimize a planned public policy, definite legislation including constitutional amendments through a direct popular mandate. Thus, they are open and subject to devious influences.

These include whether to have separate or bloc amendments, the theme, timing and terminologies used for the subject, whether or not it is actually held, and the analysis of the results from votes that have been cast.

The lack of suitable legislative or regulatory framework to collect signatures and to conduct the referendum in Kenya makes the process even more daunting on the citizen and vulnerable to scheming uses. As a result, the product gets removed from the needs of the people.

Moreover, referenda appear to capture purely majoritarian forms of democracy which highten cynicism and thus present them as threats to minorities.

Exercise of franchise in any election is a skill as opposed to arbitrary instinct. It thus requires to be taught thoroughly and methodically to the citizens.

Indeed, the defining feature of the 2010 Constitution was that it was meant to serve as a model of participatory constitution building process. Allowing the citizens to cast their votes devoid of any effective awareness is as foolish as enlisting a layman in charge of a warship in stormy waters. The High Court’s finding which was later established by the Court of Appeal that in order to amend the basic structure, the conditions around the founding of the 2010 Constitution had to be recreated sets Kenya’s basic structure apart from its peers.

Therefore, Kenyans intended that the constitutional order that they so painstakingly made would only be fundamentally altered or re-made through a similarly informed and participatory process. This necessitates the four steps in constitution-making before they denatured or replaced the social contract they bequeathed themselves in the form of Constitution of Kenya, 2010.

This primary, plenary and unlimited constituent power is possessed by the people themselves, as a constituent body and is beyond the constitution’s amendment text couched under Articles 255-257. Hence, becomes an eternity clause that cannot be ignored, abolished or bypassed. All sovereign power belongs to the people of Kenya anchors this reasoning. The people may exercise their sovereign power directly or through delegation to elected representatives.

The wisdom of the Kenyan people in ordaining a written constitution is to capture irrevocably, the principles of government that are essential to the preservation of the liberties which have been won at great cost and with heroic labours and sacrifices. Such wisdom being the result of practical and thorough imperfections the country has faced during its authoritarian undertow since independence.

The point is that we have to insist on diffusing public awareness to enable the citizen look at the issues concerned deeply, rationally, reasonably and logically. In so doing, we shall be enlightening democracy by connecting the vote and wisdom as a check on political players who could easily take advantage of our aspirations for quick-fix answers.

This way, democracy cannot be equated to be an explicit feature, but rather as a tradition that is practiced efficiently depending on the education system that decorates it.

Egoism has become the true lifeblood of contemporary politics. We discern how repeatedly our initiatives have hit dead ends, beneficial policies have been out-rightly rejected, and our anticipated outcomes have been run down or worse, shortchanged. Consider that National Assembly’s Constitutional Implementation Oversight Committee is allegedly considering amending the Constitution by stealth through The Constitutional Amendment Bill (2020). Over 20 laws in limbo as Speakers fail to meet.

Thus, the only practical path is to entrust ourselves to years of vigilant, skillful scheming to deliver us onto a path of rebirth. An incredible vision of a republic governed by resilience and fortitude; as brittle as gem of insight and toleration. Such state would embrace every pride and comfort of security for the liberties, equal rights and privileges of the citizen. And it would pursue happiness that inspires the souls of the Kenyan people.