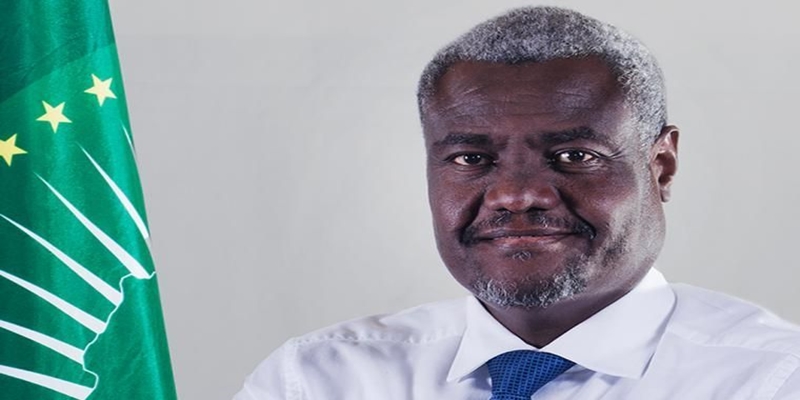 I would like to stress some common concerns for Africa and Italy. The first of these concerns is the issue of Climate Change. The perverse and irresponsible actions of Man on Nature have broken the rational balance with Nature. We are experiencing the terrible consequences of this, with unprecedented natural disasters such as particularly devastating floods, spectacular increases in temperature, uncontrollable fires, unusual droughts and other profound disruptions of ecosystems.

The magnitude of the phenomenon is such that the issue of Climate Change has become one of the greatest concerns in the world, if not the greatest. No one doubts that the conditions of existence of Humanity are now in real danger.

Innocent victim of Climate Change since it counts for almost nothing in the emissions of greenhouse gases, Africa lives, here again, with bitterness an unbearable injustice. CO2 emissions in metric tons per capita in Africa are estimated at 0.8 while they are 7 to 12 tons in industrialized countries. While suffering more than any other from the adverse effects of these changes, Africa’s capacity to adapt and mitigate climate change is the lowest. It is striking that the support the continent receives to face this dramatic contradiction remains particularly deficient. The situation is now aggravated by the Covid 19 pandemic, whose consequences for our continent, like elsewhere on the global , have been crippling, made tougher by the social and economic impacts that has curtailed economic growth for our already struggling economies. The lack of equitable access to vaccines for Africa has been a striking example of injustice where two years into the pandemic, the vaccination rate does not exceed 3%, whereas it is at least 60% in the rest of the world.

We hope that the Italian Presidency of the G20 will be able to contribute to giving it life and effectiveness. If it comes to fruition, 1.3 billion Africans will have a voice in this global forum dedicated to major global issues such as poverty reduction and environmental sustainability.

The Second priority is the necessary investment in peace and security in Africa. We all know the devastation in human lives and property caused by terrorism in Africa. Yet the dominant doctrine of the international financial institutions and almost all the actors in International Relations continue, in practice, to follow a doctrine that denies the need for investment in peace and security in Africa as a bulwark against the perils of global terrorism. This pernicious denial does not fully appreciate the intimate relationship between development and security. It is therefore important that our dialogue promotes a new and active doctrine on this issue and a change in the financial governance paradigm.

Taking into account Migration, greatly amplified in Africa by conflicts, environmental degradation and poverty, would be an immense relief for hundreds of millions of African women and young people desperately seeking alternative living conditions to the single migratory adventure littered with risks and perils, often deadly. It is not the multiplication of barriers against immigration that will stop it. It is the multiplication of bridges of solidarity and transformative investments in Africa that, laying the foundations of a salutary prosperity, will secure Europe and restore African dignity.

The Third concern is the nature of the structuring projects of our partnership that would have a significant impact on economic growth and inclusive development in Africa. On this issue, our partners, in particular the European Union, with whom we are preparing important meetings in the coming weeks, must break with the mere expression of wishes and promises and make a strong commitment alongside us around major concrete, integrating, innovative and transformative projects. In its current structure, our partnership does not appear to be very competitive compared to other partnerships. It needs a real complement of ambition, a new vision that brings a real new hope for us all.

Chairperson Of the African Union Commission