Promoting The Interests of The Consumer 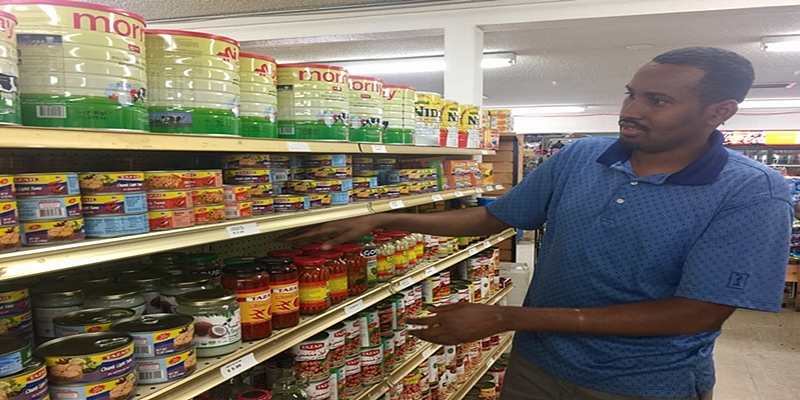 Ordinary citizens are feeling the pinch with rising consumer prices. The depreciation of the rupee has fuelled inflation and dented people’s purchasing power. Mauritius’ year-on-year overall inflation remains elevated for the fourth consecutive month, at 5.4% in September. Even when excluding food, beverages, tobacco, mortgage interest, energy prices and administered prices from the consumer price index basket, core inflation has accelerated to 4.6% year-to-year.

Household consumption expenditure is forecast by Statistics Mauritius to grow by a paltry 1.3% in 2021, despite from a very low base. The muted growth in private consumption occurs not because people are saving more, but because prices of consumption products have increased. People are drawing in their savings to maintain their consumption spending and to keep up with their standard of living. Despite a 3.2 percentage points uptick this year, gross domestic saving remains weak at 11.4% of GDP compared to 21.1% in 2007.

Another hike in fuel prices would harm middle-class consumers and reduce their spending. A decline in personal consumption will slow economic growth. An economic slowdown, in turn, would prompt a pullback in consumer spending as a rational response to the perception of economic troubles. While further price control will not hold inflation, and as the central bank is still in denial by refusing to keep inflation at bay, there is an urgent need for government to take consumer protection measures.

First, consumers are sometimes asked to pay too much for goods or services. Competition can protect them against overcharging. Where competition thrives, the intelligent shopper can compare price and quality, and will choose the merchant who offers the best products at the cheapest price.

Second, consumers are sometimes cheated, victims of deceptive practices: they are sold shoddy, defective or misrepresented goods. Again, their greatest protection is competition. True, they can stop buying from the dishonest merchant. But government should provide a service which would help them to take a case to court under the general laws against dishonest practices.

Third, government should press retailers and manufacturers for fuller labelling, tighter safety standards, better product performance, improved warranties and servicing. Government may have some discretionary powers to prevent the deception of consumers and to facilitate price comparisons for any consumer commodity.

Fourth, government should help the civil society to establish an effective consumer lobby that strictly promotes the interests of consumers. Associations of consumers should be empowered with the necessary human and financial resources to be able to tackle problems faced by consumers. Subsidies for consumer associations should be increased to finance consultancy work, organisation of workshops and publications.

Fifth, consumer groups should see that government intervention in the marketplace is not transmuted into producer sovereignty, raising entry costs and stifling competition. Free enterprise is the consumer’s best servant.

Sixth, the Consumer Advisory Council set up by government needs to comprise more representatives of independent consumer groups. It should be endowed with the necessary powers to use state action to help the consumer. There must also be an ombudsperson who would serve as the advocate for the consumer in the proceedings and deliberations of all regulatory agencies.

Seventh, the Competition Commission must ensure that the local markets function competitively. In addition, its efforts must be directed towards stopping actions that threaten consumers’ opportunities to exercise informed choices.

Ninth, consumers should be educated about their rights, namely the four basic consumer rights proclaimed by US President John Fitzgerald Kennedy on 15 March 1962. They are the right to safety (products should not harm or damage the user but should perform according to manufacturers’ claims), the right to be informed (complete and accurate product information should be provided), the right to choose (consumer choice should be based on the right to choose a diverse number of products) and the right to be heard (the consumer viewpoint should be given greater consideration by producers of goods and services).

Consumption is the sole end and purpose of production

Tenth,   government can consider unit pricing on an experimental basis. At the outset, unit pricing should not be applied by decree, but by administrative encouragement to voluntary compliance by individual retailers. In other words, the market should be used first to determine the efficacy of the idea. Prices by weight, volume or some other standardised measure stamped on packages can help the consumer decide more easily on his most economical alternative in the marketplace.

Eleventh, government can legislate to make disclosure of all borrowing costs mandatory. The law would require that lenders inform borrowers of annual interest rates and costs of any loan as well as charges for appraisals and service charges. In the same vein, if banking charges appear excessive for small borrowers rather than being competitive prices, they must be regulated so that they are fair and reasonable.

Twelfth, there are many complaints from consumers of financial services against providers of the industry. The ombudsperson for financial affairs, who investigates into malpractices done against clients of financial institutions, must show meaningful results.

The wants of the consumer are the beginning and end of the economy.

Class action legislation can be a step forward for the consumer if it includes provisions of power to the courts to dismiss nuisance suits or settle claims before trials, and limitations on suits to cases where direct injury is ascertainable. In addition, to discourage interminable open-ended litigation, specified and limited time periods should be set after which, provided notice is duly given, no new plaintiffs will be added to a class action. With such provisions, class action legislation can bring about equity when producers actually practise genuine fraud or deception on consumers.

The wants of the consumer are the beginning and end of the economy. To quote Adam Smith, “consumption is the sole end and purpose of production; and the interests of the producer ought to be attended to, only so far as it may be necessary for promoting that of the consumer.” Government should lay out rules that make the market economy act as a system driven entirely and independently by the choices and valuations of consumers. This is a matter of economic governance exercised by consumer preferences.

This article has been read 120 times
COMMENTS