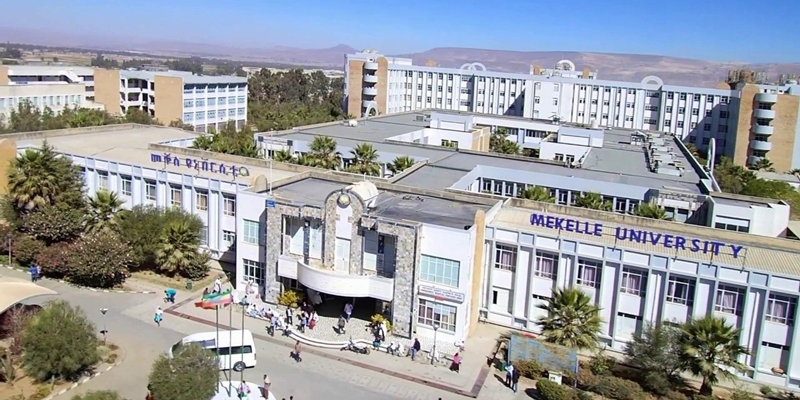 As part of the genocidal war that is being waged on Tigray, the federal government is using all means including education to suppress the rights of the people of Tigray. 1.4 million Students have been out of school for the last three years for reasons attributed to the COVID-19 and the ongoing war on Tigray.

In a similar logic, higher institutions located in Tigray are suffering similar consequences. Mekelle University (MU) is a federal public higher learning institution funded and accountable to the national parliament. Its strategic leadership is also assigned by the federal government. All laws, rules and regulations that are applicable at the university are written by the federal government. Student placement to the university is also the prerogative of the same.

With this backdrop, Mekelle University has been functioning for the last 30 years. Currently it has more than 31,000 students in different programs. MU's contribution to the national economy has been substantial that so far it has graduated more than 100,000 students. MU continued to be in the range of second and third in the national rankings of Ethiopian universities and among the first 25 in African universities. It has been the second most preferred university by students next to Addis Ababa university that happened to be located in the capital.

In Ethiopia, educational institutions are secular as enshrined in the 1994 Ethiopian Education and Training Policy (ETP) and in the 1995 Constitution. The current war on Tigray is supposed to have little impact on the operations of the university other than security concerns. But what transpired from the war is a total categorization of the university with political allegiance that the university is denied the resources it used to get to carry out its fundamental functions. Its secularity and its legal standing as a federal institution did not matter, rather its location in Tigray has become a basis of categorization as a Tigray's institution which deserves to be punished as part of the total siege and denial policy of the federal government.

The MU community together with its partners has made sustained effort for the last three decades to bring it to its current national and international standing. But it took just months to destroy some of its unique capabilities by the soldiers of the federal government. In the ten-month-old occupation like genocidal war the university campuses have been used as military camps; infrastructure has been destroyed; female students of the university have been raped; and university hospital GBV patients have been intimidated by soldiers so that they do not speak what they went through and many of our faculty have been forced to leave the university for lack of safety and security.

Following the withdrawal of the federal forces from Mekelle the university has been ordered to forcedly give semester break for all students and send them home against the regular calendar of the university. In fact, this was against the will of our students who wanted to complete their education. The university had started its second semester education for all programs after making discussions with its faculty and students.

Forced by the order of the then Ministry of Science and Higher Education and the budget cut by the federal Ministry of Finance, we had to comply with the order and send the regular students to their respective regions. This included sending the more than half of the 12,000 undergraduate regular students that came from Tigray. This was again against their wish and ours. We did not have the means to provide food and medication despite the readiness of the university faculty to teach without salary payments. To date our faculty has not been paid salaries for the last five months.

All our bank accounts were made to freeze, and all budgetary support and communications were cut that we could not provide our students with basic services. Freezing our accounts has also caused the termination of many bilateral and multilateral project works that we launched with international partners. Many of these projects were on life saving health projects, food security initiatives and livelihood boosting schemes. All have been scuttled. Despite all these hustles, our university is running graduate programs, specialty and subspecialty programs, internships, and doctorial programs for students who reside in Mekelle and have resumed a few international cooperation-based projects.

In the midst of these efforts to keep the university running, the Ministry of Education has recently announced its intention to reassign our students and faculty to other universities with the intention of total closure of our university and the other three universities in Tigray. We absolutely oppose this move by the ministry as it is a total dereliction responsibility on the part of the government and a contractual breach that it made with the university and its faculty and students. The university is open and running and no official decision of termination has been passed by the House of Representatives - a body that has the authority to do so.

The decision totally ignores the more than 7500 faculty that made contractual agreement with the university. It also does not consider the more than half student population of the university that are from Tigray and who cannot report to Addis and be reassigned in other universities due to the ongoing war.

Hence, we call upon our research, development and academic partners and the global academic community, civil societies, research institutions, international humanitarian and human right organizations to show solidarity to avert the closure of the university. We urge them to make their utmost contribution to influence the international community to act and observe its responsibilities of ensuring the right to education and the right of the university employees to work by making meaningful pressure on the government of Ethiopia to observe its responsibilities of catering education for all MU students in their university and particularly to students from Tigray who are being denied to access education.

This article has been read 215 times
COMMENTS