Is GERD the Cause of Ethiopia's Quandaries? 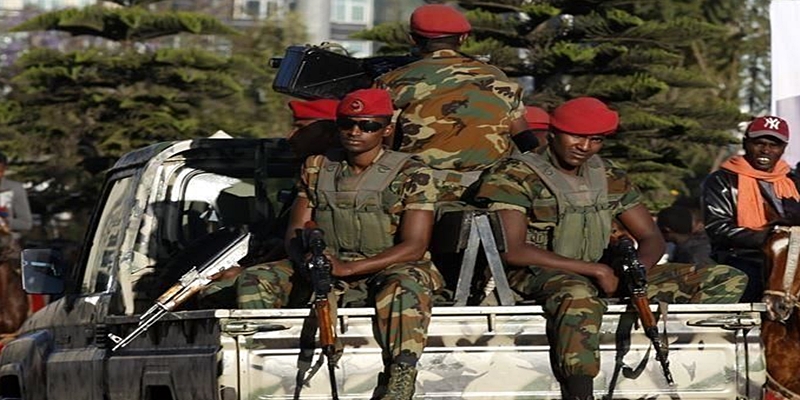 When Ethiopia started to build the Grand Ethiopia Renaissance Dam (GERD) using its home generated finances, not many believed it meant business. Slowly but steadily, the GERD, a dream become reality, became a pictogram of pride and a source of predicaments since the upriver countries are infelicitous with it.

Upriver neighbours complain that the GERD will adversely impact on their lives. Some, like Egypt, threatened Ethiopia, but to no avail.  After finding that Ethiopia was unmoved, Egypt invited its bugaboo in the South, North Sudan to add more pressure. This did not yield fruit. Ethiopia didn’t want to make any goof or take any guff in this matter. Off it went and took on the Həzbawi wäyanä Harənnät Təgray or the Tigray People’s Liberation Front (TPLF)­­­–––an ethnopluralist and ethnonationalist group–––that Zenawi found in 1988 and lead up until it toppled the derg, which was under the leadership of Mengistu Haile Mariam for many years.  Essentially, the TPLF  morphed itself into the Ethiopian People's Revolutionary Democratic Front (EPRDF) or the ye’ītiyop’iya ḥizibochi ābiyotawī dīmokirasīyawī, which was an amalgamation of tribal parties led by tribal warlords. After battling it out for a while over the Nile as it also took on the TPFL, Ethiopia submitted its case against Egypt before the AU seeking how to address the issue to no avail since it jumped over to the UN before the AU issued its verdict on the matter.

While civil wars aren’t a new thing in Africa, most of them bear some foreign hallmarks. For example, in Mali, Tuareg rebels supported by foreign terrorist groups are giving the government a hard time. Although the situation in Mali is different from the one in Ethiopia, they share one hallmark that they can’t be sustainable without foreign supports among which can be military or criminal networks/countries.

The Tigray uprising surprised many including the government in Addis Ababa. TPFL was Ethiopia’s ruling movement as NRM is in Uganda or RPF in Rwanda.  After the death of Meles Zenawi, former Ethiopian prime minister, there transpired some power squabbles over who was to preside over this tribalistic group that exercised national politics for many years. The coming of Ahmed Abiy, an Oromo as PM - a political newbie but zippy - disturbed the equilibrium and power balance that he tilted to his favour and against the Tigray power brokers. This is where the hot-blooded bone actually is.

Those who know how Ethiopia brought down the derg - after toppling emperor Haile Selassie - will agree that the current civil war in Ethiopia is typically tribal and tyrannical. Why Tigray uprisings now while Abiy made Ethiopia proud and maintained the prompt development and economic miracle Zenawi started? He received the 2019 Peace Nobel Prize becoming one among a few in Africa. Why did TPFL start war after Ethiopia entered into a peace agreement with its long-time secessionist, Eritrea? Who’s behind this dangerous project that wants to drive Africa to the abyss?

Those who know the realpolitik and geopolitics of Africa know that there’s more than meets the eye. Whose interests is Tigray fighting for?  Where does it get the muscles to intimidate the federal state? Are Ethiopians and Africa in general ready to have an Egyptian stooge in power in Ethiopia as was the case of Sudan under Omar Bashir?

Is genocide in the making in Ethiopia after Abiy referred to the TPFL as the cancer that Ethiopians need to weed out?  Will the AU stay aside and look while the Horn of Africa is burning? Currently, Eritrea, Somalia, South Sudan, Sudan and even Uganda are but crucibles waiting to explode. The DRC exploded many years ago not to mention Cameroon, the CAR and wobbly, Mali, Nigeria and Niger that face terrorization from Islamic jihadists in the Maghreb.

To help Ethiopia, the Horn of Africa and Africa in general, the AU and the international community need to get to the bottom of the conflict and know who is behind it.  There is no way the interests of one country can affect the entire continent. Instead of using guns to address the issue, peaceful negotiations should start quickly and agreements be entered.

Member of the Writers' Alliance of Newfoundland and Labrador (WANL), an expert in Terrorism and author of over 20 books among which are Africa Reunite or Perish, 'Is It Global War on Terrorism' or Global War over Terra Africana?

This article has been read 218 times
COMMENTS