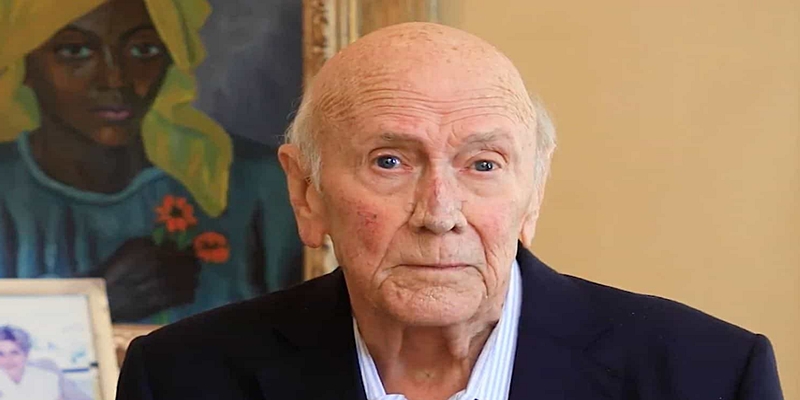 Those who remember how Frederik Wilhelm de Klerk or FW de Klerk transformed South Africa by consenting to the abolishment of Apartheid will agree that the man needs accolades and a sound dirge. Apartheid had good and bad people in its ranks. De Klerk (18th March 1936-11th November 2021), the last Prime Minister of South African Apartheid, and the vice president of the transition government that saw a democratically-elected government in South Africa in 1994 is one of those who managed Apartheid. De Klerk is credited for having helped in pulling down the Apartheid regime in South Africa. This earns him a place in the club of a few best African managers of the business of state.

However, it must be noted; de Klerk had to make a U-turn to reach his success as a manager of state business. FW de Klerk was born and bred under ultra-Afrikaner nationalist society in which segregation and racism were the only means of safeguarding the interests of the noble and superior white invaders or Boers. By all standards, de Klerk wasn’t a simple and light person vis-à-vis Apartheid history and machinery as an educated person, lawyer and leader. De clerk came from a dictatorial and racist background that he later successfully defeated and completely destroyed. This gives him kudos as liberalist who evolved from a conservative society. Such undertakings needed a risk taker and a visionary altogether. It needed a person who looked beyond his personal gains to larger interests of the country.

To get a glimpse of who de Klerk actually was, we need to delve into his history without forgetting the politics, geopolitics and realpolitik when the cold war was officially coming to its end. One can argue that de Klerk was a quick learner who saw it coming. He skillfully and successfully avoided it, making history along doyens such as Mandela and his comrades. He chose to be part and parcel of a noble history of Africa as far as Apartheid and liberation of South Africa are concerned.

With a vision of a new future South Africa that would accommodate all South Africans equally and equitably though theoretically, de Klerk read the writing on the wall.  Like a Biblical Paul, he saw the light; and heard and heeded the voice so as to eminently secure a niche in the list of the best managers Africa has ever had despite his dark past under Apartheid. De Klerk is credited for being behind the destruction of nuclear weaponry that the West had given South Africa as symbol and tool of power it’d use to intimidate others in the region. Sometimes, I wonder; what’d have happened if de Klerk and Mandela were born in the Middle East.

If de Klerk were a chicken-hearted manager of public business, he’d have clung to nukes and used them as a bargaining chip during the negotiations that brought down Apartheid. But he didn’t. He trusted Mandela and beat swords into ploughshares vis-a-vis nukes.

For a person whose bread and prestigious station in life came from the Apartheid, it was not easy or normal to cut the hands that used to feed him since he was a baby. Because of such exceptionality and heart, de Klerk will feature high in the noble history of Africa and South Africa. Fare thee well FW de Klerk and Rest in Eternal Peace.

The author is a lifetime member of the Writers' Alliance of Newfoundland and Labrador (WANL), an expert in Terrorism and author of over 20 books among which are Africa Reunite or Perish, 'Is It Global War on Terrorism' or Global War over Terra Africana? How Africa Developed Europe and contributed many chapters in scholarly works.

This article has been read 236 times
COMMENTS