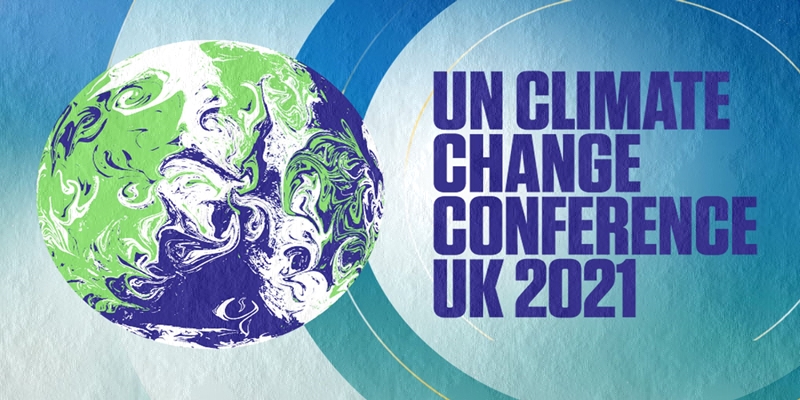 The fanfare that preceded the much-heralded Conference of Parties (COP)-26 of the United Nations Framework for Climate Change (UNFCC) spiked expectation that the leaders of over 200 nations that would assemble in Glasgow, United Kingdom, in October 31 to November 12, 2021 would make the firm decisions for policies that would prevent global temperatures rising to 1.5 degrees Celsius above pre-industrial levels.  That has not been so.

Scientists say that with what was decided at COP-26, global carbon dioxide emissions will lead to 2.7 degrees Celsius rise in global temperatures. Mia Mottley, the resonant and feisty Prime Minister of the Caribbean Island state of Barbados, passionately said, “without more (more action by the worst culprits of global warming: the West; China, and India), we’ll leave the world on a pathway to 2.7 degrees Celsius.  With more, we are still likely to get to 2 degrees Celsius (above pre-industrial levels)….2 degrees is a death sentence for Antigua, Bermuda, Dominica, Kenya…Samoa, and Barbados…. We do not want that death sentence”.

Well, by the results of COP-26, it does appear as if a ‘new’ “Death Sentence” has been passed on the poor developing countries largely in the Southern Hemisphere, especially African nations.

“As COP-26 finally came to a close …The painful reality…was that the world is failing to limit global warming to 1.5 degrees Celsius above pre-industrial levels, despite promise to do so in the Paris agreement of 2015”.  (SOURCE: https://www.economist.com/international/2021/11/20/the-glasgow-summit-left-a-huge-hole-in-the-world’s-plan-to-curb-climate-change).

And from the publication quoted above, this: “Another focus in Glasgow was the need for more lending to help poor countries shift out of fossil energy… Poor countries resent that they were promised $100 billion annually by 2020 to deal with the first two needs, yet only $80 billion has materialized.  Eventual costs are likely to be in trillions (of dollars)”.

At COP-26, the obvious star-speaker, Mia Mottley, asked for $500 billion to be put in a trust for energy transition, and chided the West: “If $25 trillion sounds big to you… Guess what? It is just 2% of the 25 trillion (dollars)” that the West used for “quantitative easing” of their peoples over the last 13 years of the global 2008/2007 financial crisis, and the COVID-19 slowdown of their economies over the past two years. Mia Mottley tried to prick the callused consciences of the West, largely WHITE men: “Are we so blinded and hardened that we can no longer hear the voices of humanity?”.

Did the people in western Europe, and the European conquerors of the Americas since the 16th century, hear the voices of humanity when they committed GENOCIDE on over 50 million indigenous peoples they met in the Americas?  Did they see anything wrong in the Atlantic Slave Trade which resulted in over 20 million Africans being kidnapped, and over 10 million shipped to the Americas to suffer the worst form of human enslavement on planet earth over a three hundred years period – a Protracted Holocaust?  Did the white men who carved up Africa during the Conference of Berlin in 1884/1885 see anything wrong in the rape and plunder of Africa’s natural resources, the amputation of people in the Congo Forest, the mass murder of Africans in east and southern Africa… for almost a century? Did the white man see anything wrong in the rigged international economic system they established after the Second World War that has left Africa perpetually poor, and indebted to the West?  Hey!! The white man in the West is not to be entirely blamed for the enslavement of Africans for centuries, and the continued subjugation of Africans today in a global system that is the benign form of the continuum of the Atlantic Slave Trade.

Probably, over 95% of the slaves kidnapped and sold into slavery during the three centuries of the Atlantic Slave Trade were captured by Africans and sold to European slavers.  European colonization of Africa was only possible because Africa’s traditional leaders, largely, easily capitulated to Europeans as their new overlords.   How is Africa going to face the crisis of Climate Change in which Africa will suffer the most, pay the most, for a problem that Africa has contributed the least to – 3% of global emissions of carbon dioxide into the atmosphere to cause global warming?

“Twelve years ago, in an effort to curb rising emissions, high income countries promised to provide $100 billion in climate finance every year by 2020 to low-income countries. On Monday, they admitted that they hadn’t reached this goal and wouldn’t until 2023. Meanwhile low-income countries have been forced to foot the bill of a crisis they largely did not create. …”.(SOURCE: Is $100 Billion in Climate Finance Enough to Offset Climate Damage? - Impakter; by Esme Abbott;  October 28, 2021).

Former global celebrity Director-General of the United Nations Industrial Development Organization (UNIDO), Sierra Leonean, Kande Yumkella (now parliamentary leader of the political party he recently founded, the National Grand Coalition), responded to my “$2 trillion annually for man-made Climate Change Mitigation and Adaptation measures in Africa from the richest of the world. (And Reparations for the Protracted Holocaust of the Atlantic Slave Trade and Trans-Saharan Slave Trade” with these words: “The Guru, I want the $2 trillion.  But, be pragmatic and start with a down payment of $100 billion per year for the next 10 years. ($1trillion)”.

What I can say to Kande Yumkella is that in DEMANDING $2 trillion annually for Climate Change in Africa I am being “pragmatic”.  Not unrealistic. Over 10 million Negroid African slaves worked on the plantations of America to generate enormous wealth, which eased the path of the Industrial Revolution, generating today in Western Europe, Canada, United States, Australia, New Zealand…the greatest wealth and most-egalitarian distribution of wealth ever known to the human race.  Now that scientists have concluded that the wealth generation Africans contributed to in the West would lead to Armageddon for Africans, shouldn’t the West have the conscience to give adequate financing to prevent what Jerome Hallam of Extinction Rebellion has called “the Annihilation Project”?

Have the presidents and ministers of government of Africa  who attended the COP-26 conference at Glasgow – including Sierra Leone’s President, Retired Brigadier Maada Bio – returned to inform their people that the white man has passed another “DEATH SENTENCE” on the over one billion Africans in Africa? No!! Why?

Most of Africa’s leaders attend international conferences to enjoy themselves; to earn per diems. They care little of such Jeremiad warnings for Africa.  But we care. I care. Over 80% of Africa’s population – including my biological children in their early 20s – are below 35 years of age.  They are largely oblivious of the mass murder, the mass starvation and dehydration that will afflict them because of the cowardly approach of their leadership to the emergency of Climate Change today.

At COP-26, the host, Britain’s Boris Johnson, spoke passionately of the “invisible and suffocating blanket” of carbon dioxide that is poised to slowly cause mass murder with “a speed and abruptness that is entirely man-made…. 2 degrees more and we jeopardize the food supply of hundreds of millions…”.

Boris Johnson, futilely trying to sound in resonance like former US President Barak Obama, dramatically said: “It is one minute to midnight on that Doomsday Clock”.  The most poignant thing Boris Johnson said that should be put on plaques and hung in the offices and homes of all of Africa’s political, religious, business, civil society leaders…was this: “If we fail, they (the children and youth) will not forgive us… They’ll condemn us with bitterness and resentment, and they will be right”.

Listen to Boris Johnson, Retired Brigadier Maada Bio, and all of Africa’s presidents: “If summits alone solve climate change problems, we wouldn’t have needed 25 previous summits to get where we are today”. I didn’t get any invitation to attend COP-26.  The Sierra Leone government did not include me in the delegation to COP-26 – though I have been over the past three years especially one of the most prolific writers in Sierra Leone on Climate Change issues; though I am almost-certainly the ONLY Sierra Leone whose brainchild has evolved into environmental organizations in neighboring West African countries (Liberia and Nigeria), and has published environmental magazines in both countries, sponsored by British, German, and American governmental agencies.

About a month to COP-26, a white British man with a film making company, “V-Africa”, based at Marrah Drive, off Kingharman Road area of Freetown, Zac Zarkes, offered to develop my “pragmatically- radical” published ideas on Climate Change into a video documentary. As we were developing the video documentary idea, he dramatically withdrew his offer.  Only later, his Zimbabwean assistant, S’phongo, told me that he had been angered because I sent one SMS to him telling him not to walk around with a messianic halo, rather, he should show remorse for the sins of his British ancestors for the enslavement of over ten million Africans.

Such language has always been my approach to white men even when I was an immigrant in Liberia, and Nigeria, and one of my brainchild, the SAVE MY FUTURE CONSERVATION SOCIETY (SAMFU) was contracted in 1989 to produce and publish GREENLOVE magazine by the World Wide Fund for Nature (WWF)-

International, and the Germany Forestry Mission to Liberia.  What has bothered me since I hatched the SLAVE SHIP-FREEDOM SHIP concept in Calabar, Cross River State in southeast Nigeria in 1992 is why is that I would need to go to the white man for token sums to develop video documentary ideas that would lead to my demand of trillions of dollars from the white man?

I would forward this video documentary idea to the President, Retired Brigadier Maada Bio, and the First Lady, so that as we move towards COP-27 in Cairo, Egypt, we will get imaginative, educate the African children and youth to energize them into pro-green action, and take a pan-African stance to Climate Change. At about the same time as I was dealing with Zac Darkes, a Nigerian, Ayodele Aderinwale, the executive head of the Obasanjo Presidential Library in Ogun State, southwest Nigeria, had sent a WhatsApp message to me asking about my $2trillion demand. He perked up hope in me that I would get the support for my COP-26 attendance from former military Head of State/former democratically-elected President of the Federal Republic of Nigeria, Retired General Olusegun Obasanjo.

I didn’t hear from him after I had sent my views. Africans: escape from your insular cocoon; unsheathe your swords of egotism and egoisticism.  Climate Change demands new mode of thinking. The Temne language word “gbet” which is partly the title of this piece is going to be taught teenage Swedish Climate Change activist, Greta Thunberg, and billions of children and youth: “gbet” means inflexible or uncompromising position that would not take “no” for an answer.  $2 trillion for Africa "gbet"!!

Founder and CEO of the SLAVE SHIP-FREEDOM SHIP Movement

This article has been read 690 times
COMMENTS