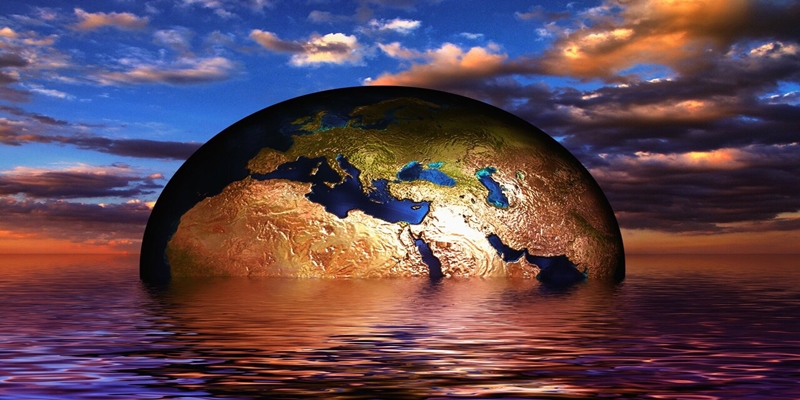 As excessive floods (https://bit.ly/3qZL0WU), severe drought, and famine (https://bit.ly/3nDsq4N) continue to be experienced in different parts of the world, global leaders remain largely unfazed as regards making ambitious climate targets. Their decisions for making firm commitments and implementation of climate action are set far too late for any chance of slowing down or reversing the harsh climate impacts. As activists fought and raised their voices during the recently concluded climate talks, COP26, literally the world’s best last chance to save the planet from a climate emergency,  little tangible gains have been made (https://bit.ly/32sSUhD).

For the umpteenth time, the global north has chosen to forsake the demands of the most vulnerable communities in the global south who are already experiencing the worst there is from the devastating effects of climate change. Wealthy countries that failed to honor their $100bn commitment have now decided to put off that demand until an unlikely date in 2023 (https://bloom.bg/3HUADdl). This comes even as the United Nations Environment Programme (UNEP), indicated that adaptation and damage could cost developing nations between $140 and $300 billion per year by 2030 (https://bit.ly/3DGGvnT), dwarfing the initial pledge that is yet to be met. Leaders of wealthy nations are hesitant about meeting this target for fear of being the cash cow whenever climate finance is needed for addressing climate solutions even as they have for a long time been the biggest polluters on the planet causing climate catastrophe.

What’s worse, the summit showed that the appetite for continued fossil fuel use is set to increase with peak demands expected within the decade (https://bit.ly/3r7nOpI), and the fossil fuel industry sent the largest delegation to Glasgow just to ensure that their business model continues to thrive amidst an existential crisis. Arguably, there’s more money to be made in this industry and a lot of fossil fuels to be exploited before any binding and exit commitments are made. This fossil fuel addiction makes the goal of limiting global warming to 1.50C ever elusive. A briefing by the Climate Action Tracker (CAT) states that even if all current pledges are made, the world is still headed to 2.40C (https://bit.ly/3HJDTIb) warming if not more (https://bit.ly/3DFMn0D). Yet, global leaders and the fossil fuel industry continue to make net-zero targets and announcements, another greenwashing tactic at play that is more of a lip service than geared towards real action which means zero emissions.

In contrast, there’s huge potential for solar and wind to make up for renewable energy even in the most vulnerable countries such as those in Africa. However, the transition to renewable energy is considered as an imaginable tech for the future, too complex to integrate now, and too inefficient to sufficiently meet current global energy needs. As such, the uptake has been slow with unreliable products. Yet, the fossil fuel industry wants us to imagine the possibility of creating a carbon capture and storage mechanism just so that they can ensure that they keep up with their rising carbon emissions and greenwashing tactics.

Resultantly, there is no convincing global leaders otherwise, as leaders want their pockets lined with money so that they can make life-saving pledges. In Africa, energy ministers, financiers, and leaders in the fossil fuel industry gathered at the Africa Energy Week (https://AEW2021.com) conference to deliberate about ‘transition fuels’ and the expansion of the fossil fuel sector in Africa. The industry leaders and relevant stakeholders called for the establishment of a united front to resist the coercion by the global anti-fossil fuel movement (https://bit.ly/3DJzR01) by positioning Africa’s oil and gas at the forefront of global energy growth and the continent’s economic development trajectory.

In a similar move to sabotage climate actions and commitments in Africa, the African Development Bank (AfDB), kicked civil society organizations to the curb minutes before a planned COP26 side event (https://bit.ly/3nF3qKL) meant to chart the way forward as regards climate-related policies and investments. The CSOs had been pushing the bank to commit to a fossil fuel finance exclusion policy and establish a roadmap for reducing portfolio-wide emissions. On the day of the announcement ending public finance for fossil fuels by 20 countries and major financial institutions, one name was remarkably missing: the African Development Bank. Despite some of their efforts to invest in renewable energy, the bank has also significantly contributed to fueling the climate chaos by pouring about $229 million into fossil fuel finance between 2018-2020 (https://bit.ly/3CCC1gB), probably the reason they did not want to entertain civil society organizations during this significant climate summit.

The negotiations on loss and damage delayed the schedule of closure of COP26 (https://reut.rs/30IXgk9) with discussions spilling over into the weekend. Still, Africa has nothing much to look forward to as people on the frontlines are still to get any funding support and compensation necessary to avert the imminent and destructive climate impacts. The summit culminated in the hope that the next COP27 in Africa will be more than just talk and instead result in the scale of ambitious action and funding needed to address climate injustices hitting those who have done the least in the current crisis.

This article has been read 197 times
COMMENTS