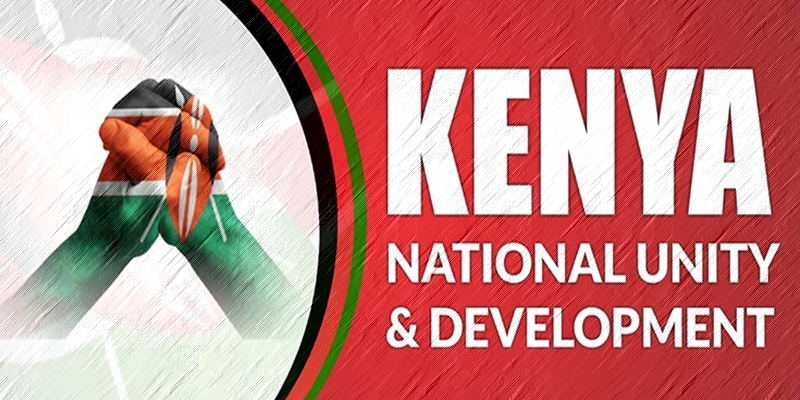 The current euphoria and excitement among UDA and ODM, and the false assumption of Raila or Ruto’s popularity boosted by Kikuyu elite, is a story of shear social media fabrication tittle tattle to confound many hungry Kenyans surviving on handouts.

ANC presidential hopeful Musalia Mudavadi has been in the game for long and the fact that he has not embarked on campaign fully, should not be perceived lagging but that he is laying precise strategies coded TEAM OKA to surprise many in 2022.

The 2022 general elections, won’t be won by greedy and dishonest wannabes seeking to introduce experimental pseudo-socialism; but indisputable leaders eager to implement sustainable development agenda that basically targets to empower Kenyans in general.

Politics in Kenya, however, is manipulated by media. Hence, as the drums of war search for crescendo, it is not surprising there is unearned glorification of Raila Odinga or DP William Ruto. One is a washed-out would-have-been and the other is a paper tiger in woven wool that are staging pyric events for media highlights to make the rest despair.

The hustler nation song being danced, is mere politics of social stratification to drive a wedge between the rich and the poor, and whose ultimate aim is to upstage genuine thinking leaders like Musalia.

In an intellectual heist of this Century, the poor are made to believe they actually will form government as Cabinet and Principal secretaries. And considering their hardships through life, a sudden promise of a better one through cooked power grab, is too tantalizing to be unbelievable.

These mind-games tactics have been bought by an unquestioning media whose narratives glorify in favor of imaginary policy platforms whose catchwords are “Kazi ni Kazi”. One wonders whether the media could be blind or are playing to the gallery given evidence that this is a deceiving mumbo jumbo slogan that demeans ambition, competition, creativity and innovation among people.

The use of deception in politics is legendary especially creation of frenzied amnesia moods among the poor that momentarily kill thought and manufacture imaginary enemies. Adolf Hitler (1889-1945) did it before he embarked on the pogrom in Germany, so did joseph Stalin (1879-1953) before the Gulag camps in the then USSR.

Those shouting “Kazi ni Kazi” are unaware they are being prepared for a Kenyan version of the USSR Gulag. The Gulag was a system of forced labour camps established during Joseph Stalin’s long reign as dictator of the Soviet Union. The notorious camps, incarcerated about 18 million people from the 1920s until shortly after Stalin’s death in 1953. At its height, conditions at the Gulag were brutal: Prisoners could be required to work up to 14 hours a day, often in extreme weather. Many died of starvation, disease or exhaustion—others were simply executed.

The keywords that should resonate with right thinking Kenyans are forced labour, dictator, incarcerated, brutal, died, starvation, disease, exhaustion, and executed. Each word can most probably describe either of the two “leading” media-inspired aspirants for the presidency. Weary Kenyans may not see it coming but it is in the demeanour of the aspirants.

But things can be different only if the media play its pivotal role of setting the agenda rather than being the lapdog of these aspirants. Content analysis shows that mainstream media tap social media for content. But go further to sanitize what is obviously “fake news.”

For instance, there is the endorsement limbo by President Kenyatta. Purveyors of ‘fake news’ have convinced mainstream media that he is leaning to Raila. However, his comportment of hereditation suggests he may support the person who is consistent in ending economic uncertainty and a relapse to political violence that occurs every election cycle.

Both Raila and the DP don’t qualify for Uhuru’s legacy and they are prone extremes that would easily spark electoral violence. A taste of the same is already evidenced by the Kondele fracas. DP has openly humiliated his boss in many occasions denouncing his government.

The happy ending song, “looking over river Jordan with angels riding chariot to carry me home”, could be a boon for Musalia; the man who has stood by Uhuru at his time of need, and not those that have brought disruption. Musalia himself is a consummate candidate for the presidency; a man who shows he understands the economic problem and how to fix it.

If media were fair, they would stay course as sounding boards for aspirants’ policy positions on the economy. Despite launching an Economic Agenda packed with issues, problems and solutions as early as July, the media has suspiciously stayed off that beat in favour of popularizing buy-a-crowd handout campaigns.

But we shall witness a big 2022 game changer in Kenya if Musalia persists and remains consistent in disseminating the economic message. He may just be boosted by the people’s confidence. He may be in a situation of Mwai Kibaki who wasn’t boastful but has become the most successful president of Kenya this far.

Chances are Martha Karua, Peter Kenneth or Kalonzo Musyoka are potential running mates. So is National Assembly Speaker Justun Muturi. The leading “horses” may just sadly chew the dust just like project Uhuru failed to take off in 2002. The overrated Mt Kenya votes may splinter when memories of the tribal clashes are revived or rehearsed popular phrases like “we paid the debt and we owe nobody nothing and if any, he paid himself through graft money of stalled dam projects”. On the other hand, “He got is dues through the Handshake, let him retire” will rule the airwaves.

It may sound impossible to some but Musalia’s story is like a puzzle wrapped in mystery and will surprise many in 2022 when he emerges the winner. My guess is that unlike former President Kibaki, who did not take active role in succession politics, President Uhuru will aggressively campaign for his choice of a neutral candidate to unite Kenyans.

Kenyans should reject the camouflaged rhetoric seeking support by exploiting and appealing to the prejudices of ordinary poor people. Candidates should give realistic hope to citizens. Hence Kenyans must be cautious of smooth- and sweet-talking leaders. Hope can only be realized if we use our votes wisely in 2022 and choose a determined selfless Kenyan eager to bring peace and prosperity in Kenya. The closest we now have is no other than Musalia Mudavadi.

The author consults with Gravio. The views are his own.

This article has been read 157 times
COMMENTS