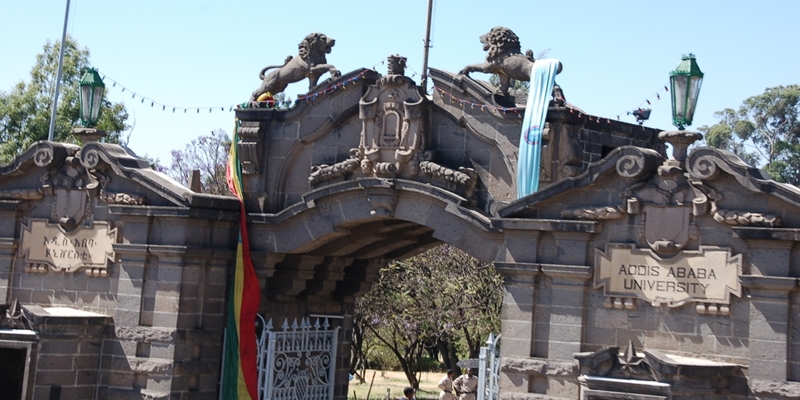 The Global Society of Tigray Scholars and Professionals (GSTS) is extremely shocked by Addis Ababa University’s (AAU) recent politically motivated statement and unprecedented threat to retroactively revoke the academic degrees of individuals deemed to be supporting specific political parties. This is an extremely troubling step for several reasons and one which is emotionally distressing for many of our members whose academic and professional careers started at AAU.

Higher education institutions and universities are, by design and mission, supposed to be emblems of tolerance and centers of public discourse of diverse political opinions. In particular, Ethiopian higher institutions are mandated to educate generations with diverse political and ethnic orientation without imposing any restrictions on their political and religious freedoms. In fact, allowing such space for free thought and providing much needed intellectual insight and guidance to society is supposed to be a core mission of any higher institution of learning – and even more so for a flagship and historic institution such as Addis Ababa University.

Ethiopian higher institutions attract diverse groups of students from all parts of the country and these institutions provide unique platforms and opportunities to foster tolerance among various groups of societies with divergent political opinions and vision about the future of Ethiopia. Until this new sad chapter in its otherwise rich history, AAU has served this purpose for decades across a wide spectrum of governmental systems and was often characterized as a melting pot. In an era of such political and ethnic polarization that Ethiopia currently finds itself in, AAU’s role as an institution of tolerance is more than ever needed. The recent warning by AAU is contrary to its longstanding values and an affront to basic human, political and more importantly intellectual rights. The fact that this is being implemented by Ethiopia’s oldest University is heartbreaking and defies logic. We note that this statement violates AAU’s own legislation (Article 21 of Senate legislation, 2019) and disregards its mandate as sanctioned by the Ethiopian higher education constitution (proclamation 1152/2019) and Ethiopian Ministry of Science and Higher Education.

More strikingly, AAU’s threat and warning to revoke academic degrees of individuals based on their political inclination is an institutional travesty. We are not even aware if an institution can legally revoke a hard - earned academic degree based on individuals’ subsequent political opinions and inclination. GSTS strongly denounces this statement, and we urge the university leaders to immediately retract these political statements and preposterous threats.

Sadly, GSTS has seen this coming based on the recent political activism of the university leadership. GSTS is aware of the recent arrest and harassment of Tigrayan Professors who served AAU for decades in various capacities and it condemns in the strongest possible terms. The recent arrests have been orchestrated and supported by the highest leadership at AAU. Many other Tigrayan scholars who were serving AAU have been exiled recently because of their identity. Thus, the recent Ethiopia’s government commissioned statement and warning is an 2 extension of the grand plan of marginalizing, alienating and harassing Tigrayan scholars. We believe that this level of political activism and bias will tarnish the credibility and overall image of the university and the country at large.

GSTS has several members with longstanding and strong attachments to AAU and many continue to extend their services in various forms. This recent statement has been particularly distressing and shocking to our members with such connections, especially given the relatively positive track record and resilience the university had historically shown across political systems and regimes.

GSTS has had high hopes that AAU and other universities would play much needed role of promoting peace and tolerance among diverging political opinions especially at this critical juncture. The current leadership of AAU in general and the president, Prof. Tassew Woldehanna, in particular have utterly failed the institution and the many thousands of AAU alumni spread throughout the world.

GSTS therefore urges the university leadership to retract these destructive and highly perilous statements and to refrain from their political activism which is only fanning the flames of a horrific war. We strongly believe that civil societies, religious institutions, and universities should advocate for peace and tolerance among communities. We further urge the university leadership to refrain and abate their recent harassment, discrimination and profiling of Tigrayan scholars.

On a related note, we call upon all regional and international partners of Addis Ababa University to strongly denounce the politically charged and academically irresponsible statement issued by AAU and reexamine their engagement with the institution. It would be immoral and professionally degrading to be associated with an institution that tramples on the fundamentals of intellectual freedom to such an unprecedent degree and one which is being deployed as a tool to implement ethnic profiling, harassment, and discrimination. GSTS entreats international accrediting agencies for institutions of higher learning, funders of research and development, and collaborating universities and research institutes to retrace their commitment and place sanctions against AAU’s academic betrayal. We also call on all academic institutions and organizations working for the safeguarding of academic freedoms to forcefully condemn the preposterous and unprecedented statement released by AAU.

This article has been read 122 times
COMMENTS