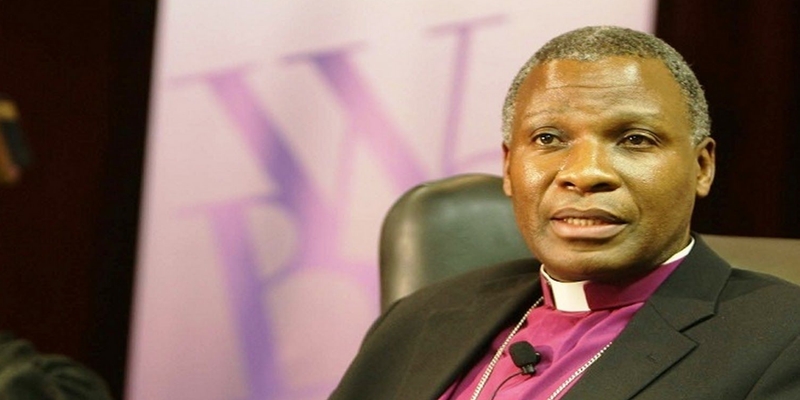 It is said that John Donne, the Dean of St Paul's Cathedral in London in the 17th century, was looking out of his study window when he saw the coffin of a pauper being carried out of the church. More accustomed to the pomp and ceremony of the funerals of the high and mighty of the land, he suddenly had a mystical insight which has become part of the Western canon of thought, namely that, and I quote, “No man is an island entire of itself; every man is a piece of the continent, a part of the main...”

In the 1st century, St Paul wrote powerfully of this shared humanity in his letter to the divided church community at Corinth, when he reminded them that the “body is one, though made up of many parts, and that no part is more important than the other.”

The same concept is embodied in our African canon of thought. Only in our case, the ancestors who bequeathed it to us called it ubuntu, or botho – that a person is a person only through other persons, that you are incomplete without me, and that I am incomplete without you.

All of these expressions of what it means to be human point to the understanding that the lives of every person are woven together in the rich tapestry of a shared humanity, embedded in a common history. And all of us, like John Donne, discover at some point in our journey through this world that coming to acknowledge our common humanity is in fact the most humanising moment of our lives.

As I became one of those who ministered to FW de Klerk in the last months of his life, I came to realise that he too had experienced this discovery. Can you imagine a more unlikely scenario than me acting as one of FW de Klerk's pastors? Consider the ironies: FW de Klerk, the descendant of Huguenots who fled a European empire to seek refuge in South Africa in the 17th century; and me, the great-grandson of one of the last African kings in our country to be overthrown by Mr de Klerk's people. The irony extends even further: Mr de Klerk, the last political leader of a generation who overcame domination by another European empire, receiving pastoral care from the leader of a church which, although now transformed, was once the religious arm of that empire. Truly, we can say: only in South Africa.

When Mr de Klerk and Elita first invited me to play this role, many asked me: “Wow, are you going to do it?” And he himself told me, “My enemies are going to devour you, Archbishop.” But when I was ordained a priest, I was charged with the responsibility to provide pastoral care to all who need it, whether to an individual or to a nation. And it is always a particular privilege to become privy to the inner workings of a dying man’s or a dying woman's heart.

In Mr de Klerk's case, it involved relinquishing partisanship, setting aside my prophetic ministry as a church leader, incorporating the pastoral and the prophetic. I soon learned the wisdom of St Paul's words, also in his letter to the Corinthians, that “for now we see in a mirror, dimly, but then we shall see him face to face.”

As the relationship unfolded, I saw how, during our lives on earth, that all of us get only a partial glimpse of one another's lives and of the life of the body politic; that we won't ever know everything about one another's motives and perspectives, and that the glimpses we do see depend on the unique lens through which each of us sees life.

What I learned about FW de Klerk, as the descendant of a bullied minority in France, was his hatred of bullying – including that, as he said, perpetrated by the PW Botha administration of which he was a part. It also became clear that as he travelled down the road of negotiating the country's future, he came to realise the power of the biblical history of God's people down the ages: that since liberation is ultimately assured by God, he could never dissuade that energy. So while he may have embarked on that road as a pragmatist, seizing the moment at which he could still influence that future, the biblical narrative of liberation came to be part of his motivation.

It also became clear that although he may have, as he said, disputed that apartheid was genocidal, he accepted that it was indeed a crime against humanity. More important to me as a person of faith, he was unequivocal in describing apartheid as a sin.

I also came away not doubting that FW de Klerk had a deep faith in Christ Jesus. He believed that although on earth he saw through a mirror only dimly, when he died he believed he would see God face to face. He was ready to face death.

The Spanish priest and mystic, John of the Cross, wrote “that in the evening of our lives we will be judged on love alone.” While others assess the accolades and the contestations over the public life of a leader, the pastor is called to witness the legacy of love in an individual's life, and to understand things humbly in that light, for love is the practical manifestation of the peace that we are talking about this morning. That legacy of love always endures, always inspires and always offers hope, and so it was in the life of FW de Klerk.

Let me conclude with a prayer for us, using the words of 1 John 3:2: “Dear friends, now we are children of God, and what we will be has not yet been made known. But what we know is that when Christ appears, we shall be like him, for we shall see him as he is.”

By the Most Revd Dr Thabo Makgoba

Archbishop of Cape Town & President of the SA Council of Churches.

This article has been read 238 times
COMMENTS