Russia’s Foothold in the Sahel Region 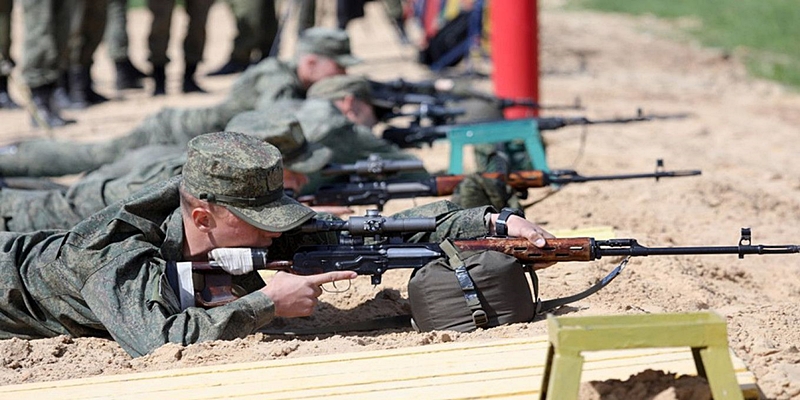 With renewed interest to uproot French domination, Russia has ultimately begun its inroads into the Sahel region, an elongated landlocked territory located between north Africa (Maghreb) and west Africa region, and also stretches from the Atlantic Ocean to the Red Sea. While it remains largely underdeveloped and impoverished, terrorist organizations including Boko Haram and Al-Qaeda in the Islamic Maghreb (AQIM) have contributed to the frequent violence, extremism and instability in this region.

Referred to as the G5 Sahel, it consists of Burkina Faso, Chad, Mali, Mauritania and Niger. Besides the instability, these countries are engulfed with various socio-economic problems primarily due to the system of governance and poor policies toward sustainable development. There are, in addition, rights abuse and cultural practices that affect development.

In July 2020, the United States raised concerns over the growing number of allegations of human rights violations and abuses by state security forces in entire Sahel. The US response came after the released documents by Human Rights Watch regarding the same in early July. France, a former colonial power, still attempts to dominate the region. France intends to pull out of its military force, abruptly ending its terrorism operations and creating a huge vacuum.

For fear of the new rise of terrorism, the Sahel-5 are turning to Russia. Last year after the political change on August 18 in Mali, a former French colony with the fractured economy and breeding field for armed Islamic jihadist groups, Russia offered tremendous assistance. By supporting the military government in Mali, Russia has ignored or violated the protocols for implementing the “Silencing the Guns” agenda in West Africa, a flagship programme of the African Union’s Agenda 2063. Russia is capitalizing on this loophole and is eyeing Chad and Mali as possible conduits, to penetrate into the Sahel.

Russia has lined up the Sahel’s Foreign Ministers such as Chad’s Cherif Zene Mahamat, who paid a working visit on December 6‒8. Prior to that, Malian Foreign Minister Abdoulaye Diop went in November. Both meetings discussed consolidating military assistance to fight growing terrorism, strengthening political dialogue and promoting trade partnerships.

In mid November, Chairperson of the African Union Commission, Moussa Faki Mahamat, together with Sergey Lavrov agreed on terms of providing necessary equipment, weapons and ammunition in the Sahel. Lavrov referred to this in his opening remarks as “military and technical cooperation” with AU’s Chairperson Faki Mahamat – “a worthy representative in this high position of pan-regional importance.”

On December 7, Lavrov held a diplomatic meeting with Chadian Cherif Mahamat. “We discussed African affairs at length: the difficult situation in the Sahara-Sahel zone that was destabilized after NATO’s aggressive attack on Libya. This was followed by an inflow of terrorists, smugglers, and volumes of illegal weapons from the north to the south of Africa. These criminals were particularly attracted to this area and the Lake Chad region,” Lavrov told the media conference following the closed-door meeting.

In the process, it is necessary to mobilize all available African and the international community resources to fight terrorist groups. Nevertheless, Russia should also maintain the joint forces of the Sahel Five, according to Lavrov. Lavrov assures that Russia will continue supplying arms, hardware and personnel training to help put an end to terrorism, drug trafficking and other forms of organized crime. Lavrov explicitly points out that Russia will create favorable conditions for the implementation of Russian projects in Chad, including in the field of energy and the extraction of mineral resources.

Russia is fighting “neo-colonialism” which it considers a stumbling block on its way to regain part of the Soviet-era influence in Africa. Russia seeks to convince Africans over the past years of the likely dangers of neocolonial tendencies perpetrated by the former colonial countries and the scramble for resources on the continent. On the opposite, all such warnings could fall on deaf ears as African leaders choose development partners with funds to invest in the economy.

There are vivid indications that Russia is broadening its geography of diplomacy covering poor African countries and especially fragile States that need Russia’s military assistance. Over the past years, Russia has signed bilateral military-technical cooperation agreement with many African countries.

According to media reports, the arrival of Russian mercenaries in the Sahel will jeopardize other external commitment to fighting terrorism, and limit development assistance from international organizations. For example, Reuters has reported that a possible contract could be worth US$10.8 million, or estimated more per month, depending on the contract, working with the Russian private military company Wagner Group.

United Nations Secretary-General Antonio Guterres has oftentimes spoken against the use of Russian mercenaries in Africa. Instead, he has suggested pursuing the creation and deployment of the G5 Sahel Joint-Force and the United Nations Integrated Strategy (UNIS) for the Sahel.

The Sahel-Sahara, the vast semi-arid region of Africa separating the Sahara Desert to the north and tropical savannas to the south, is as much a land of opportunities as it is of challenges. Although it has abundant human and natural resources, offering tremendous potential for rapid growth, there are deep-rooted challenges - environmental, political and security - that may affect the prosperity and peace of the Sahel.

For this reason, the United Nations has come up with a unique support plan targeting 10 countries to scale up efforts to accelerate prosperity and sustainable peace in the region. Burkina Faso, Cameroon, Chad, The Gambia, Guinea Mauritania, Mali, Niger, Nigeria and Senegal. The creation and deployment of the G5 Sahel Joint-Force and the United Nations Integrated Strategy (UNIS) for the Sahel could bring tangible progress.

The best is to consider national and regional institutions, bilateral and multilateral organizations, the private sector and civil society organizations to work towards operationalizing and implementing the United Nations Security Council resolutions on the Sahel aim at attaining regional peace, and further to accelerate the achievement of the Sustainable Development Goals (SDGs).

The author frequently writes about Africa, Russia and the BRICS.

This article has been read 96 times
COMMENTS