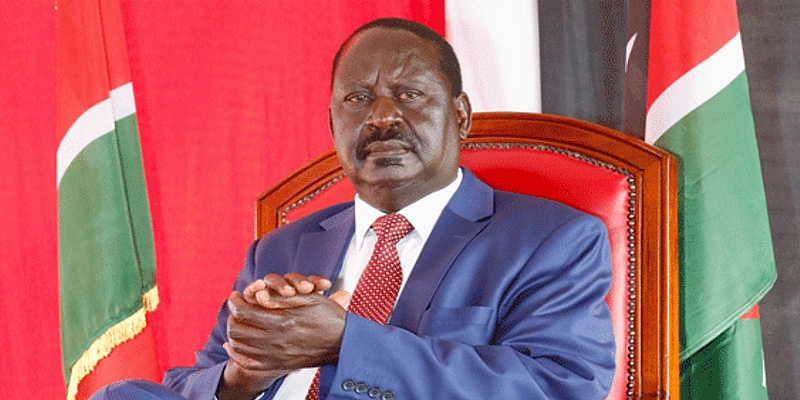 The Kenyan diaspora is elated that the Independent Electoral and Boundaries Commission has added six more countries where the diaspora will be able to vote for their preferred Presidential candidate in next year’s general election.

This year, Kenya’s Deputy President, William Ruto, has tried to make inroads in the diaspora constituency to win their favour in his presidential bid.  Some critics of the DP say, he is like a sailor trying to navigate unfamiliar waters. This is because the diaspora is perceived to be former Prime Minister Raila Odinga’s bastion.

Proponents of the DP’s forays into diaspora argue that he is so far the first candidate to make realistic promises to the diaspora. For instance, Ruto has promised to create a full-fledged government Ministry for diaspora affairs. This has earned him a sizable number of backers especially in the United States.

The DP’s aggressiveness into the diaspora may not yield dividends because of his zero record in the fight for diaspora aspirations. He is viewed as “a Johnny come lately” as far as diaspora affairs are concerned.The Orange Democratic Movement leader scores highly as a true champion of diaspora aspirations for many years especially on voting rights.

It’s a step in the right direction for the IEBC to include the US, Canada, United Arab Emirates, Qatar, and South Africa amongst the countries where Kenyans will be facilitated to participate in Presidential election.

With the understanding that democracy is a gradual process, the Kenyan diaspora hopes that in future, all Kenyans domiciled abroad will be able to exercise their universal suffrage to vote for all candidates running for different elective seats like MCAs, MPs, Senator, and governors.

While other junior elective positions are critical for the success of any nation, the presidency remains to be a citadel. Therefore, the opportunity for diaspora to vote for Kenya’s chief executive is a boon to our democracy, good governance, and respect for human rights.

The Kenya Patriotic Movement (KEPAM) which played an instrumental role for Odinga’s campaign in 2017 under the NASA coalition has reaffirmed its commitment once again to support the candidature of the ODM leader under the Azimio la Umoja movement.

The lobby which is based in the US through its chairman Joseph Lister Nyaringo has confirmed to participate in physical campaigns, rallying Kenyans to travel home during election period and vote, as well as mobilizing resources and other logistics for the Odinga campaign.

Above all, KEPAM will mobilise those who will not travel to Kenya during the election day to go vote in their regions. The lobby will work closely with other diaspora groups in Europe, Asia, North America and the African continent to ensure that Odinga is elected President in August 2022.

“Jakom’s support base is intact in Europe, US, and the Middle East just like where it was in 2017. We are more united than ever under the banner of Azimio la Umoja to ensure that a reformist who has fought for the good of Kenyans for many years is elected President. Said Robert Owino, who is a resident of New York.

The Kenyan diaspora under the banner “Azimio la Umoja diaspora” will work closely with local pressure groups, lobbies, and individuals to campaign for Mr Odinga.

“Despite the fact that the ODM party leader is a global citizen, the Kenyan diaspora is committed to market his agenda in the eyes of the international community. Kenya is a member of the global community, and her future president must be reflected in a good light before the world.” Said Richard Mayaka, who is domiciled in Mumbai India.

It must be remembered that the economic boom, infrastructure development, and stability in the country during the grand coalition government is attributed to Odinga, when he served as Prime Minister. There is hope that he could do more if he takes over as President in 2022.

In the freedom struggle, Odinga stands tall as a champion of equity, equality, freedom, and social justice in the country. This has endeared him to many Kenyans at home and abroad for many years.

It’s not easy for a political leader to sustain a political support base for over 2 decades undisturbed. Odinga’s popularity right from 2002 when he made the “Kibaki Tosha” declaration has been in an upward spiral.

The trend continued unabated in 2007, 2013 and 2017. Even as we stride towards the next election, the Azimio la Umoja candidate is still popular despite a likely fierce competition from DP Ruto.

A key supporter of Odinga from Philadelphia US, Ms Hellen Onyango has this to say: “The Kenyan diaspora have clear-cut caveats on how to identify the right leaders for the country. We will only support leaders on condition that they pass the integrity test as contained in Chapter 6 of the Constitution.”

A Kenyan scholar from Washington DC Prof Charles Choti has this to say, “candidates who stand strong in social Justice, fairness, equity and equality as well being ready to empower vulnerable groups like women, youth, and persons with disabilities will earn the support of Kenyan voters at home and abroad.”

The diaspora believes that Odinga’s Presidency will address critical challenges like the clause on duo citizenship which has complicated lawyer Miguna Miguna’s entry into the country as well as making the appointment of Mwende Mwinzi, Kenya’s current ambassador to South Korea cryptic.

It is imperative that all Kenyans running for high office should factor the diaspora community’s views in their manifestos. This is the surest way to appreciate the unsurpassed contribution of this external constituency to Kenya's economic development.

To conclude, the Kenya Patriotic Movement stands ready to actively engage in collating views and sharing diaspora concerns to the likely next president of Kenya, Raila Odinga.

Impediments like corruption, poor service delivery, unfair electoral practices and unemployment must be checked to lift the country from present degradation.

Nyaringo is the President of the Kenya Patriotic Movement a diaspora lobby based in the US.

This article has been read 1,200 times
COMMENTS