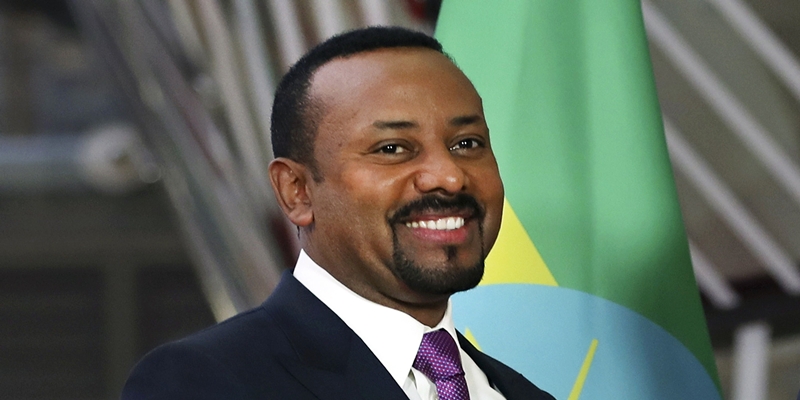 We commonly hear these days the Prime Minister of Ethiopia, his supporters and propaganda machine extensively stating that they are fighting against Western countries who, they say, are supporting the people of Tigray in the Tigray conflict. Thus, demonstrations have been held condemning Western countries and international media outlets. State and social media have been carrying out an intensified propaganda, going to the extent of calling the USA terrorist. The truth, however, is that Tigray is singlehandedly fighting for its survival under a complete siege, blocking even humanitarian aid, leave alone the import of any military weapons.

Tigray received no military hardware from any country as it has been under the complete siege for over a year now. On the contrary, Abiy Ahmed is receiving military assistance from countries such as UAE, China, Iran, Turkey and others, setting a very bad precedent of foreign interference in Africa. The Tigray Defence Force gets all of its arms and supplies only from Abiy Ahmed’s forces at battle fields. Africa knows this fact as does the whole world.   Millions of Tigrayans are suffering from this genocidal war.  We see this brutal interference today in Tigray driven by a narrow and inhuman self-interest. Tomorrow, it could be in other African countries.

In the propaganda campaign the Abiy clique has been appealing to African countries, in the name of Pan-Africanism, to condemn Western countries and to support Abiy’s, Esaias Afewerki of Eritrea’s and the neighbouring Amhara State’s genocidal war on Tigray. Tigray’s only demand was that Abiy must respect the Federal Constitution and the scheduled federal and state level elections, which Abiy illegally postponed unjustifiably by tampering with the Federal Constitution.

Abiy’s propaganda attempt to use Pan-Africanism as a way of concealing the crimes he committed in Tigray, and against international media is a ploy to deceive some African countries, organizations and individuals. This is an attempt to Africanise the conflict in the hope of mobilising African countries to support the genocidal war on Tigray. The message is that the Black Race must, in the name of Pan-Africanism, support the war in Tigray and against the West.  Apart from this being a racist call, the propaganda is a desperate attempt to give the appearance that Abiy and his henchmen in Addis Ababa support Pan-Africanism.

The fact is that these people, like their feudal forefathers, do not consider themselves Africans, claiming they are not originally from Africa. African diplomats and professionals who have been to Addis Ababa know this attitude very well.  Actually, it was only recently that Abiy Ahmed rejected all efforts by Africa for a political   settlement of the conflict.  A case in point is the South Africa President Cyril Ramaphosa’s envoys visit to Addis Ababa, whom Abiy quickly dismissed as unnecessary, indicating Abiy Ahmed’s contempt for Africa. A similar attempt by IGAD has been rejected. Abiy Ahmed also rejected outright Africa’s offer for facilitating the talks on the Renaissance Dam, opting instead for the intervention of Western countries.

Pan-Africanism, we know very well, is about peace, unity, brotherhood, freedom and development of the African people as championed by Kwame Nkrumah and other great leaders of Africa. Very few could forget EPRDF’s Chairman and Ethiopia’s late Prime Minister Meles Zenawi’s proud achievement through his advocacy for Africa’s just cause regarding climate and environment and their relationship with Africa’s development. He pushed for international financial support as compensation in connection with climate change and environmental protection. Prime Minister Meles Zenawi played a very important role in the effort to develop Africa and improve the lives of millions of Africans. Agenda 2063 is a case in point which is the continent’s strategic framework for attaining inclusive and sustainable development.

Pan-Africanism must condemn and raise its voice to stop the atrocities being committed by the Ethiopian government and its war allies, including mass killings of reported 150,000 civilians, gruesome and degrading rape of 52,000 women and underage girls, eviction and displacement of 2.2 million from their settlements, deliberate starvation of 6.3 million Tigrayans by extensive looting, burning and destruction of crops, livestock, factories, hospitals, schools, and basic public infrastructures and total disruption of their livelihoods which have been used as weapons of war. Civilian Tigrayans from outside Tigray are being incarcerated in concentration camps in conditions not different from Hitler’s What has been happening to Tigrayans since November 2020 is reported as “catalogue of horrors’’ and involving mass atrocities, war crime, crime against humanity, ethnic cleansing, and even genocide. African governments who made a crime that amount to a genocide must not be allowed to hide in the name Pan-Africanism.

The attempt to Africanise the war on Tigray is futile. While deep down Abiy’s pronouncements are actually simply lip-service to African unity and dignity, the hidden agenda is to try to conceal the genocide he and Esaias Afewerki committed in Tigray. However, it must be noted that Pan-Africanism, both in principle and advocacy, is against Genocide, lies and false propaganda.

The truth about the Tigray conflict needs to be told and retold. In November last year Abiy declared that the objective of the invasion of Tigray was to enforce law and order and, therefore, that it was an internal affair. However, the fact is that it was a huge military invasion involving scores of infantry divisions, air power and mechanised brigades, totalling over 250,000 troops. Eritrean, Ethiopian and Somalia militaries as well as militias and special force from neighbouring Amhara state.

The UAE and other Arab countries supported Abiy with finance and arms, including modern drones. The atrocities committed in terms of massacres, sexual violence, mass rape, ethnic cleansing, blocking access to humanitarian aid and man-made famine in Tigray have all been extensively reported by UN Human Rights Council, international human rights organisations as well as international humanitarian aid and media agencies.

It has been abundantly clear that Abiy’s and Esaias’s military adventure has all along been supported with finance and military hardware from some Arab countries, including the UAE. Satellite pictures have been released showing arms air cargo shipments from UAE to Addis Ababa.  Before the attack on Tigray on 4 November 2020, Abiy and Esaias had been shuttling   between Addis Ababa, Asmara, Abu Dhabi, Riyad and Mogadishu for over a year planning and preparing for the invasion of Tigray.

It’s only just that Abiy should be condemned for not only internationalising the conflict in Tigray by inviting Eritrea and Somalia to support him, but also Arabizing it through involving the UAE, Saudi Arabia and others who have been financing the war and providing military hardware, causing many human casualties. Now he is trying to deceive Africa by appealing to Pan-Africanism, which clearly shows his contempt for Africa.

One of the critical pillars that can ensure African unity for promoting democracy and socio-economic development in Africa is the struggle for human rights as enshrined in the African Charter to which all African countries are signatories. African countries, institutions and individuals will condemn atrocities committed in any African country.  They cannot be indifferent or insensitive to yet another Rwanda being created in Tigray.

African brothers and sisters are by no means naïve. They should not in any way be deceived by a campaign of misinformation and disinformation. They sure will stand with the people of Tigray and call on China, UAE, Turkey, Iran and Russia complicit in the genocidal war on Tigray to stop supplying drones and other lethal weapons to Abiy Ahmed. Africa will continue to call for negotiated cease-fire. No propaganda can hide the crimes committed in Tigray and the deceitful nature of Abiy Ahmed’s and Esaias Afewerki’s. Neither can he hide behind a Nobel Peace Prize that many are now demanding that it should be revoked.

This article has been read 311 times
COMMENTS