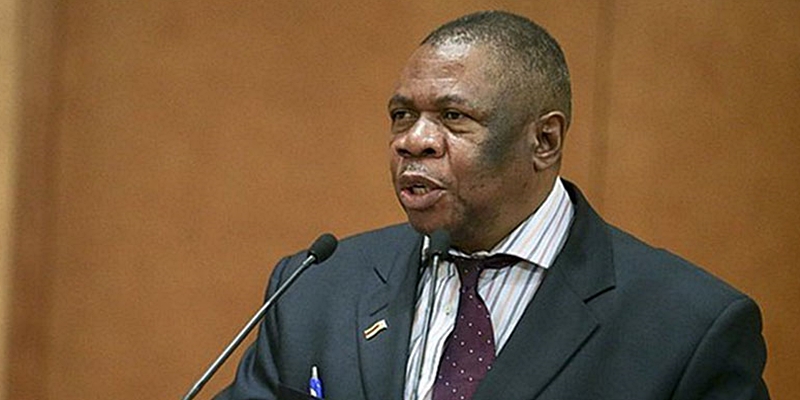 Zimbabwe’s Ambassador to Russia, Brigadier General (rtd) Nicholas Mike Sango, who has been in his post since July 2015, was one of the African envoys to attend a special meeting with Russian legislators to exchange views on common problems, common issues for the African continent and the Russian Federation.

According to his biographical records, he served in the Zimbabwe Liberation War as a member of the ZANLA from 1975 to 1980, which led to the country’s attainment of independence and multiracial democracy. Sango previously held various high-level posts such as military adviser in Zimbabwe’s Permanent Mission to the United Nations, and as international instructor in the Southern African Development Community (SADC).

While Russia has traditional ties with Africa, its economic footprints are not growing as expected. It has however attempted to transform the much-boasted political relations into a more comprehensive and broad economic cooperation. Russian legislators always acknowledge the enormous potentials and advantages Russia has, and at the same are puzzled by the comparatively high level of economic influence by other foreign players in Africa.

The Russian legislators are eager to know, for instance, what needs to be done to bring up a substantial improvement in collaboration between Russia and Africa, which areas of cooperation are of most interest to Russian businesses and African nations, and so forth. That meeting generally was organized to share views and opinions, deepen understanding of current developments and the existing challenges and to explore new pathways into the continent. That was why the interaction became necessary between legislators and African ambassadors in the Russian Federation.

After the State Duma meeting, Kester Kenn Klomegah fixed this interview with Ambassador Nicholas Sango who willingly shared his views and thoughts on a few current pertinent issues connecting Russia and Africa. Below are the interview excerpts:

Q: Aside from the inter-parliamentary conference, what important issues came up at the meeting with Russian legislators held recently in the State Duma?

A: The meeting of the Chairman of the State Duma (lower chamber of Russian legislators) and African Ambassadors in October was a welcome first initiative towards the convening of the Russia-Africa Parliamentary Forum. This initiative was informed by the recognition that despite the geographical locations of the two institutions. The disparity in the level of development, the diversity of cultures and aspirations of the peoples of the two regions, there is growing realization that Africa is an important partner in the “emerging and sustainable polycentric architecture of the world order” as Foreign Minister Sergey Lavrov has aptly asserted. But in fact, Africa’s critical mass can only be ignored at great risk therefore.

Q: State Duma proposes to move away from intentions to concrete steps. Does it imply that Russia has unfulfilled promises and pledges in Africa? What are your objective views about this?

A: For a long time, Russia’s foreign policy on Africa has failed to pronounce itself in practical terms as evidenced by the countable forays into Africa by Russian officials. The Russia-Africa Parliamentary Forum can only achieve the desired objectives if anchored on a solid policy framework.

Q: What would African leaders prefer: the development of political relations or expansion of genuine economic partnership?

A: While Russia and Africa have common positions on the global platform, the need to recognize and appreciate the aspirations of the common man cannot be overstated. Africa desires economic upliftment, human security in the form of education, health, shelter as well as security from transnational terrorism among many challenges afflicting Africa. The Russian Federation has the capacity and ability to assist Africa overcome these challenges leveraging on Africa’s vast resources.

Despite the historical social and political relations, the Russian Federation has shied away from economic cooperation with Africa, making forays into the few countries that she has engaged in the last few years. African leaders hold Russia in high esteem as evidenced by the large number of African embassies in Moscow. Russia has no colonial legacy in Africa.

Unfortunately, the former colonial masters continue to exploit African resources because, despite the “Look East Policy” adopted by Africa, Russia has not responded in the manner expected by Africa, as has China, India and South Korea, to name a few. Africa’s expectation is that Russia, while largely in the extractive industry, will steadily transfer technologies for local processing of raw materials as a catalyst for Africa’s development.

Q: At least, over the past decade Russia has signed various bilateral agreements and MoUs nearly with all African countries. Do you think there have been challenges in implementing these agreements?

Q: State Duma talk about Russian media presence in Africa. What steps can we take to raise African media representation in the Russian Federation?

A: The Sochi International Olympics and the FIFA international football extravaganza surprised many Africans on the level of development of the Federation. There is a dearth of information about the country. Russia-Africa issues are reported by third parties and often not in good light. Is this not a moment that Russia has coverage on Africa by being permanently present in the continent? Even the strongest foreign policies, if not sold out by the media, will definitely not succeed.

The author writes frequently about Africa, Russia and the BRICS