Russia, Africa and The Sputnik 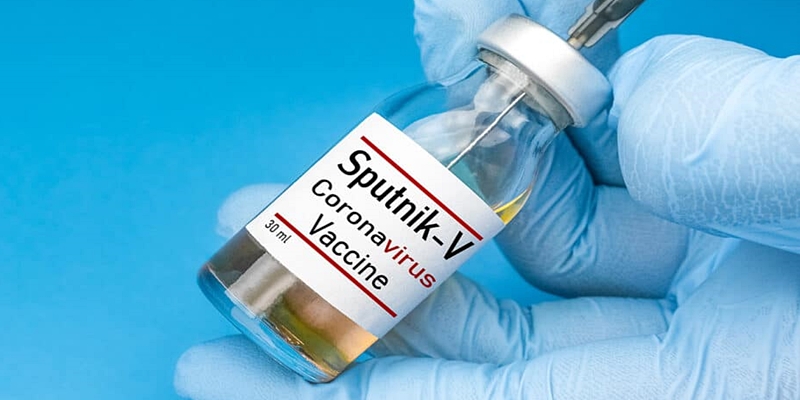 Last December, the Russian Ministry of Foreign Affairs posted its end-of-year report. The report offered the most significant activities and achievements for 2021.

The report says in part: “Russia has contributed to the fight against the Covid-19 pandemic and its consequences. Registration of the Sputnik V vaccine was ensured in 71 countries. Significant volumes of domestic vaccines were supplied abroad, and agreements were reached on the localization and expansion of the production of Russian drugs in various regions of the world.”

The unexpected outbreak of the coronavirus in December 2019 made many governments, organizations and health institutions still struggling for scientific solutions express solidarity and call for closer bilateral cooperation in the sphere of health. Some countries showed practical concern by making quick deliveries of medications and diagnostic materials, immune-biological preparations, and medical equipment. Scientists were on their toes looking for appropriate vaccines for the Covid-19.

Russia was first to reach the goalpost. In less than a year, precisely on August 11, 2020, Russia was the first country to register a coronavirus vaccine named Sputnik V, developed by the Gamaleya Scientific Research Institute of Epidemiology and Microbiology.

The Russian Foreign Ministry report last December says that Sputnik V was registered in 71 countries. While it is yet to get final approval from the World Health Organization (WHO), it is currently registered under the emergency use authorization procedure, according the statement from the RDIF website. The RDIF is Russia's sovereign wealth fund established in 2011 to make equity co-investments, primarily in Russia, alongside reputable international financial and strategic investors. RDIF acts as a catalyst for direct investment in the Russian economy.

President Vladimir Putin has oftentimes praised the hard-working team of scientists and specialists from different institutions for their efforts at research and creating a series of vaccines for use against the coronavirus both at home and abroad.

As the Foreign Ministry end-of-year report indicated, a quarter of the figure cited of foreign countries that registered the Russian vaccine are in Africa. Reportedly, the vaccine registered in Algeria, Angola, Cameroon, Djibouti, Ethiopia, Egypt, Gabon, Ghana, Guinea, Kenya, Mauritius, Morocco, Nigeria, Namibia, Seychelles, South Africa, Tunisia, the Republic of Congo (DRC) and Zimbabwe. However, a majority of African countries where Sputnik V was registered, could not get supplies to purchase as promised.

Russia faces vaccine production challenges to meet the increasing market demand and to make prompt delivery on its pledges to external countries. As vaccine production and distribution intensifies, rivalry and competition strengthen and the fight for market share and its associated disinformation abound worldwide.

An official media release in mid-February 2021 said that the Africa Vaccine Acquisition Task Team - set up by the African Union (AU) to acquire additional vaccine doses so that Africa can attain a target immunization of 60% - received an offer of 300 million Sputnik V vaccines from the Russian Federation. It was further described as a special offer from Russia.

As explained by John Nkengasong, Director of the Africa Centers for Disease Control and Prevention (Africa CDC): “Africa has to team up with development partners to achieve its 60% continent-wide vaccination in the next two years. I think that is why we should as a collective of the continent, and of course, in partnership with the developed world make sure that Africa has timely access to vaccines to meet our vaccination targets.”

“In response to a request from African Union members, Russia provided aid to almost 20 states by supplying them with vaccines, medications, and individual protective gear, and by sending qualified specialists,” he explained. Sergey Lavrov and his counterpart Moussa Faki Mahamat however maintained silence over the offer of 300 million doses that was highly expected through the Africa Vaccine Acquisition Task Team of the African Union.

In the Situation Analytical Report on Russia-Africa, compiled by 25 Russian policy experts, headed by Sergei A. Karaganov, Honorary Chairman of the Presidium of the Council on Foreign and Defense Policy, and released last November, Russia's consistent failure in honoring its several pledges over the years was vividly highlighted. It decried the increased number of bilateral and high-level meetings that yield little or no definitive results.

“In many cases, ideas and intentions are often passed for results. Unapproved projects are announced as going ahead. Russia's possibilities are overestimated. The supply of Russian-made vaccines to Africa is an example. Having concluded contracts for the supply of Sputnik V to a number of African states, Russian suppliers often failed to meet its contractual obligations on time,” says the report.

On bilateral basis, Russia has made some vaccine deliveries, but only to its preferred countries including North Africa (Algeria Morocco and Egypt), in East Africa (Ethiopia), in Southern Africa (Angola, Mozambique and Zimbabwe) and West Africa (Guinea). Media reports say South Africa has rejected Sputnik V donation.

Early December, President Vladimir Putin held a telephone conversation with the South African President Cyril Ramaphosa. According to the official Kremlin transcript, “the presidents agreed to join efforts in fighting the coronavirus pandemic, in particular in view of the newly identified Omicron strain, and further discussed interaction within BRICS.” Thereafter, Kremlin dispatched Russian specialists to join the research of the Omicron strain in South Africa.

The December phone conversation took place against the backdrop of the current entry restrictions on travellers from southern African countries, due to the spread of a new Covid-19 variant (new B.1.1.529 variant). With the outbreak of Omicron, external countries have imposed restrictions on entry into their territories from southern African countries including Lesotho, Botswana, Zimbabwe, Mozambique, Namibia, Eswatini and South Africa.

Russia's drive to share the Sputnik V vaccine offers a chance to raise its image and strengthen alliances in Africa.

Russia, through its Russian Direct Investment Fund, attempted to sell the vaccines to Africa through Sheikh Ahmed Dalmook Al Maktoum, from the Monarch family and a third party in Dubai, United Arab Emirates. The Republic of Ghana reportedly signed US$64.6 million contract for the Sputnik V vaccine. It was double the price from the producer as reported in local Russian media.

Promising more than can be delivered appears to be a universal problem with coronavirus vaccines, and it is a real risk for Russia as well, said Theresa Fallon, Director of the Brussels-based Centre for Russia Europe Asia Studies. “They have won the gold medal for creating this very effective vaccine,” she said. “But the problem is how are they going to implement production and delivery?”

In mid-December, TASS News Agency reported that the Russian Sputnik V vaccine was likely to be supplied to African countries free of charge, and quoted CEO of the Russian Direct Investment Fund Kirill Dmitriev who had told the Rossiya-1 TV Channel: “The first batches are likely to be delivered to African countries, since there is a very high incidence of the Omicron COVID-19 variant.”

The aspect of dating and promising has become, at least, part of Russia’s post-Soviet diplomacy. Russia simply does not promptly deliver on it promises and pledges with African countries.

Africa needs the developed world, as it has no vaccine of its own. It is far behind the rest of the world in terms of acquisition and inoculations. Africa remains resolute at ensuring the welfare of the entire population, while the African Union, regional blocs and individual governments make frantic efforts to acquire adequate vaccines through bilateral and multilateral agencies, and especially through COVAX.

The overall number of Covid-19 cases in Africa stands at least 9,741,000 reported infections and 228,000 reported deaths caused by the novel coronavirus in Africa late December, according to the World Health Organization (WHO) Regional Office for Africa.

The author frequently writes on Russia, Africa and the BRICS.

This article has been read 107 times
COMMENTS