What We Can Learn from The Roman Empire 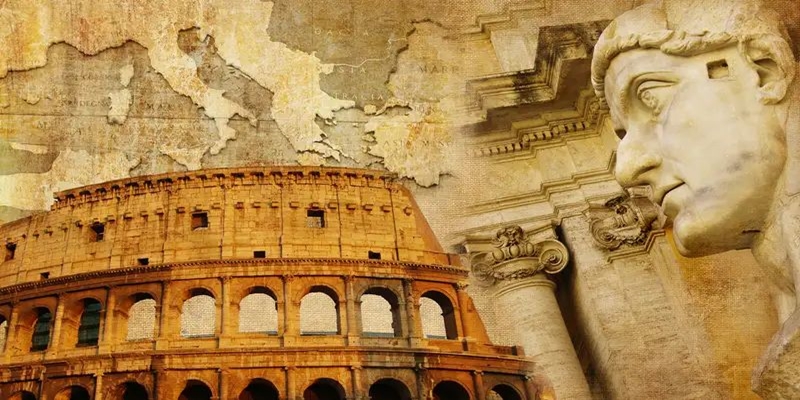 There were four Roman Emperors born in Africa; Septimus Severus, Claudius Albinus, Marcus Macrinus, and Aemilianus. For the Romans, it did not matter, if one was born in Rome or somewhere else.  What mattered was if the person was a Roman citizen or not.  Nowadays, we tend to label everything. I particularly notice it in the USA.

When I was growing up, I was told the USA is a melting pot of all races and nationalities, living as one happy family.  After getting to know it first hand, I found out it is not.  The melting pot is more like a goulash.  In the pot, there are bits and pieces, well-defined and separated, pieces that won’t melt together for any reason.

Take a walk in New York, you will find the Jewish area, the Italian, the Hispanic, in which Puerto Ricans, Mexicans, and others, live apart.  There are the Chinese, the Blacks, and so on.

When we label something, we make it distinct, separated, from other things.  It stops being part of the whole, and we can point to the label and say, “See, they are not like us.”

In my opinion, this labeling allows us to maintain hatred and channel our anger and frustration towards groups of people we have separated from the rest by our labels.  Nazi Germany did exactly that, and they took the extra step of making Jews wear a yellow star on their clothes so they could be identified since many of them looked exactly like any other German.

This also brings up the question of when one stops being of one label and starts with another.  The best example is President Obama.  He could truly be called African American since his father was from Africa and his mother from America.  But at the same time, his race was 50% black and 50% white.  However, regardless of this 50/50 status, he was “black”.

To contrast this, I am 100% white.  My wife has African, Taino Indian (people living in Puerto Rico prior to Columbus), English, at least.  Our children are a mixture of these different races.  How would one label them?

While it is perfectly understandable to be proud of one’s heritage, to want to feel part of a group and to belong, it is taught to us to label ourselves.  You will not see toddlers separate themselves into groups based on race or religion.  They will play with anyone they find willing to play.

History is important for it can show us our past. It can show us what we did right and what we did wrong and allow us to learn from that to make sure we react correctly in our attempt to better the future.  History, on the other hand, does not care about the future. It is a poor indicator for future events.

Maybe, when we meet someone, we should be looking at the person’s quality as a human being rather than his belief in a specific deity, the color of his skin, whom he sleeps with, what had eats and doesn’t eat, or if he has a different accent than we do.  Maybe, if all of us did that all the time, we would have fewer problems and conflicts in the world.

That’s my input into this.  And yes, Septimus Severus was an important Emperor.  Thank you.

Columnist with The Scholar Media Africa. He is a coach in Personal Finance.

This article has been read 81 times
COMMENTS