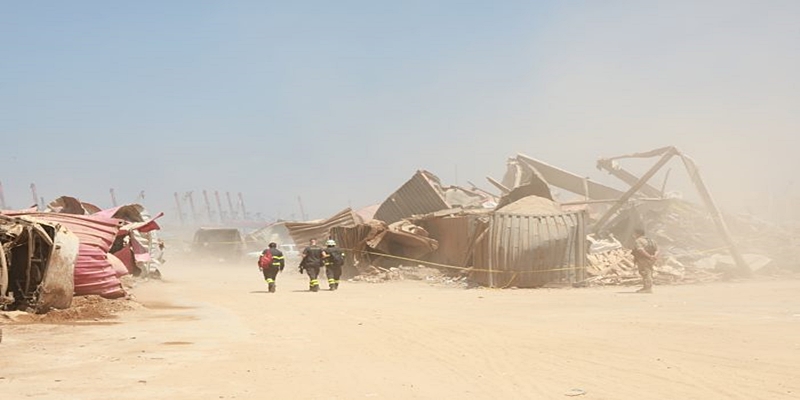 “The bureaucrats we interviewed said that, in some circumstances, sudden and intense news coverage did increase levels of humanitarian aid — regardless of whether or not the crisis merited it.”

The news media cover humanitarian crises selectively. Events associated with clear, dramatic imagery, such as the 2020 Beirut port explosion, often receive intense global news coverage. By contrast, protracted humanitarian crises that are more difficult to access and explain to audiences, such as the civil war in Yemen that has been raging since 2014, are often scarcely reported — even if the level of need is far greater.

This matters, we often assume, because media attention influences how governments allocate humanitarian aid. Specifically, it appears to help explain why some UN appeals for humanitarian aid are almost fully supported — such those for Iraq (92% of the UN target) and Lebanon (84%) — while others receive a fraction of the required funding, such as the crises in Venezuela (24%) and South Sudan (10%).

This assumption has been fueled by previous research identifying clear correlations between the amount of news coverage a crisis receives and government aid allocations. For example, one study of US foreign disaster assistance showed that every additional news story in the New York Times about a disaster was associated with an additional aid allocation of half a million dollars.

But does news coverage really make a material difference to the amount of humanitarian aid a crisis receives? Or are we confusing correlation with causation? At a time when donor funding is failing to keep pace with rapidly escalating levels of humanitarian need, these are important questions. The answers can help ensure humanitarian assistance gets to where it is most needed.

The bureaucrats we interviewed said that, in some circumstances, sudden and intense news coverage did increase levels of humanitarian aid — regardless of whether or not the crisis merited it. This was the case in the 2020 Beirut explosion, as one policymaker told us:

We have a very limited [humanitarian aid] budget and … normally, as a middle-income country, Lebanon would not have featured on it … But the widespread level of … media interest in it… [meant we] made the call early to … make a reasonably sized contribution.

Other examples our respondents gave of media coverage increasing official aid included the 2015 Rohingya refugee crisis and the 2015 Nepal earthquake.

Our interviewees then explained how news media influenced them, by triggering the public, civil society organizations – and especially elected officials, who then put pressure on government ministries to announce additional funding. As one interviewee explained:

If something becomes a big media issue, all of a sudden, right through the system, people just start asking questions about it… So, there [is] a real pressure to be able to say: ‘this is how we responded.’

Immediate and intense news coverage was especially influential. In these circumstances, bureaucrats had little time to prepare a defense of why they weren’t supporting an additional response to the crisis.

National media [matters]… for our politicians. They are elected [here] so … usually what matters is their publicity in [this country], how popular they are [here] … It’s media that reaches the larger public.

For this reason, we characterize these instances of media influence over humanitarian aid as a “sudden-onset, national news” effect.

Only in case of emergencies

Yet, this effect only appeared to influence governments’ relatively small “emergency” humanitarian aid budgets. According to our interviewees, their annual humanitarian aid allocations – which are much larger and allocated to longer-term, protracted crises – are unaffected by news coverage. This was because the longer lead-in time involved in annual aid allocations meant that bureaucrats were able to respond to ministers’ publicity-related concerns. They did this via planned, strategic communications to explain the aid allocations, rather than by adjusting them.

But this doesn’t mean the news media are not a factor in bureaucrats’ decision-making about annual aid budgets. Some bureaucrats saw a lack of news coverage of certain crises as an indication that they should give more to these “forgotten crises,” such as in Myanmar and the Sahel.

This was because these bureaucrats assumed that other governments would be more influenced by news coverage than they were. They told us, therefore, that they tried to compensate for what they believed would be a distortion in other governments’ funding practices, due to a lack of news coverage. We term this the “forgotten crisis effect.”

By contrast, if government departments wish to resist the influence of media and defend their needs-based decision-making, they should consider building stronger public (and ministerial) understanding of humanitarian principles and more transparent, evidence-based allocation methodologies. Contributing, in advance, to pooled, flexible funds such as the UN’s Central Emergency Response Fund also allows aid bureaucracies to be seen to be responding, without having to make ad hoc allocations.

Our research also suggests that government policymakers might rethink how and why they allocate funding to “forgotten crises,” based on an absence of news coverage. Other governments’ annual allocations are not necessarily influenced by news coverage, and may indeed be following similar funding principles, so in seeking to correct an imbalance or distortion in funding, they may well be creating one.

This article is republished from The Conversation under a Creative Commons license.

This article has been read 94 times
COMMENTS