The Horn of Africa States – A New Regional Block 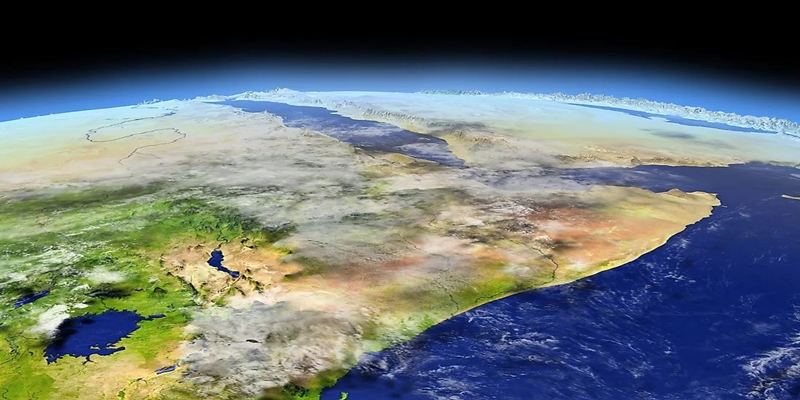 After a nearly two decades old antagonistic relationship between Ethiopia and Eritrea, it ended with a seemingly unexpected rapprochement between the two countries in July 2018. This did not make some countries or other forces happy, but the world received this with great enthusiasm as evidenced by the Noble Peace Award to Prime Minister Abiy Ahmed on the matter. Soon after in September 2018, Somalia joined the two friends of Eritrea and Ethiopia and the three countries jointly announced that they would cooperate with each other to building close political, economic, cultural, and even security ties among the three countries.

This was, indeed, a surprise to the world as the three countries, were almost at each other’s throats for quite some time and it was as unexpected as anything “unexpected” could be. The accord included an exceptional statement, which read that each country will respect “the independence, sovereignty and territorial integrity of others.” The three countries want to include Djibouti, in the new cooperation activities of the countries of the region, but Djibouti has yet to take a step in that direction, although, this is expected to happen eventually.

Several factors stand in the way for the establishment of the Horn of Africa States, despite the desire and wishes of the countries of the region, although, it is mostly dependent on the will of the leaders of the countries of the region. But the population does not want another African block, which fails like all the others, which are all built on false premises, the first being that each of the African block organizations, like the Intergovernmental Authority on Development (IGAD) or the East African Community (EAC), and so on, do not have grassroots support from the populations in the block countries. As usual, each block remains head of state clubs (presidents, kings, prime ministers, etc. …etc. …) and do not reflect the efforts or the desires of the populations.

There are organizations whose purposes are only to disrupt the works of other more pertinent organizations. We, for example, take the example of Common Market for Eastern and Southern Africa (COMESA). What does exactly COMESA do that is not done by EAC or SADC, etc.? COMESA, if it has to continue, should only have, as members, the EAC and SADC, etc., with a new game plan and rulebook, and not the individual members of either SADC or EAC to avoid duplication of efforts or contradictions with the rules of the game of each block.

This is also applicable to the Council of Arab and African Coastal States of the Red Sea and Gulf of Aden, which was only recently established under the auspices of Saudi Arabia. The Horn of Africa States should reorganize its membership as a block instead of the individual countries for it gives undue advantage to others whose interests cannot be in line with those of the region.

We already pointed out the failures of IGAD, to which proposed members of HAS are already members. One of the main reasons for the failure of IGAD is related to it being a non-Indigenous organization. It is funded from the outside and therefore cannot truly work for the interest of the region. It does not have a rulebook, that is, a constitution and all the trappings in terms of managing professionally any organization, and it does not have a game plan for the development of the region. It merely works to address the collective problems of the region when they happen and that is to manage disasters. Recently they included a security aspect, which is irrelevant in its present architecture.

The idea of making another head of state club is anthemic to the creation of the Horn of Africa States. The organization should represent not only the political elite but the business elite, the scholastic elite, and the general community at large. It should be sanctioned by the populations of each of the countries through a referendum in each country and those in power should be held responsible through a constitutional process.

The potential members of the Horn of Africa States, as a regional block, in the form we propose, i.e., a partnership of the members along the European Union format, would withdraw from all non-complementary organizations that they are members of, at present, to avoid duplication of loyalties to various contradictory organizations.

The Horn of Africa States would be a bulwark against interference from outside forces, for it will end or minimize the internal and domestic issues which provide avenues for external forces to come through. This would create stability and hence attract foreign investment to the region, which is endowed with substantial resources both material and human. Tourism alone along its huge water surfaces and its nearly two-kilometre-high mountain ranges will be attractive to many populations in other climes of the world.

As a self-funding regional organization, it would be different from any of the existing African organizations which all depend and work on foreign funding. It may be poor in the initial stages but would certainly create an economically growing region which would look after itself.

Many argue that it may not be able to raise qualified staff from within the region. But staff can be hired from, both within and without, the region. There are millions of people across the globe who are amply qualified and whose origins are from the region and given the opportunity, they would willingly go to work in the region.

There are countries within the region such as Kenya, which are qualified to join this organization. However, Kenya, remains an influential member of other blocks. One cannot have two loyalties for the loyalties ultimately also involve security and Kenya would have to decide where its interests, be they economic, social, cultural and security, be best served. The door would always be open to other countries who may see value in joining the Horn of Africa States, provided they are also prepared to fulfill the conditions for membership that will be put in place.

There are those who argue that a new regional organization, such as the Horn of Africa States would represent, may complicate matters for the region. They argue that this may alienate neighbors of the region, create additional conflicts in the region, and complicate cooperation with other institutions. This is all based on conjuncture, hearsay, and outright opposition to this innovative approach to solving the region’s long simmering problems. There would, indeed, be difficulties, for no success has ever been achieved without sweat, stress and/or effort. The neighbors would be best served if they assist the success of the organization instead of putting obstacles in its path, and the intention is to reduce conflicts in the first place. One must note that the three countries of Somalia, Ethiopia and Eritrea were always the source of most of the problems of the region.

The Horn of Africa States, as a regional block would and should work and cooperate with all international organizations and all organizations that are complementary to its services and activities. It should not present itself as yet another bureaucratic and numb block.

The Horn of Africa States should be the new kid in the block.

Dr. Suleiman Walhad writes on the Horn of Africa economies and politics. He can be reached at suleimanwalhad@yahoo.com

This article has been read 917 times
COMMENTS