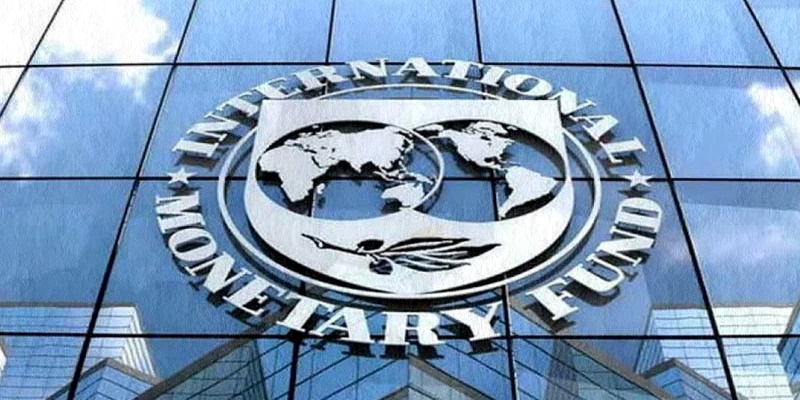 "Tweaking the Fund's mandate will not do the trick," wrote PI general coordinator David Adler. "Only strong mechanisms of accountability—changing both who decides and how—can end the Fund's impunity."

Ahead of this week's meeting of the International Monetary Fund, which comes as vaccine apartheid and the war in Ukraine exacerbate global poverty and hunger, Progressive International is demanding far-reaching changes to end what it describes as the IMF's "illegality, impunity, and disregard for human rights."

"The IMF is a public institution that lends public money with a mandate to serve public purpose—but it answers to no one."

"The 'largest spate of debt crises' in a generation hangs over the Global South," Progressive International (PI) general coordinator David Adler wrote Monday in The Guardian. "Two ingredients compose this ticking debt bomb: rapidly rising levels of public debt among the world's poorest countries, and a rapidly rising percentage of that debt issued at variable interest rates... Even minor rate hikes in rich countries will have explosive consequences across the developing world—just as supply chains seize, food prices soar, and the Covid-19 pandemic rampages through the world's under-vaccinated populations."

Early in the coronavirus crisis, IMF managing director Kristalina Georgieva vowed to "support our members however we can," adding that "now is the time to take advantage of this opportunity to build a better world." As the IMF's board of governors convenes in Washington, D.C. this week to reaffirm the Fund's mandate to promote "financial stability" and "strong economies" in ways that are consistent with what Georgieva called the institution's "new spirit of solidarity," Adler stressed that "it is now or never."

"The Global South has never needed more support in its search for stability, strength, and solidarity," wrote Adler. "But even a cursory glance of the IMF's global activity reveals a systematic violation of this mandate, inflaming—rather than resolving—the crises of health, hunger, and habitat that combine in the world's poorest countries."

He proceeded to catalog how, despite Georgieva's pledge to do better, the IMF has continued to destabilize and weaken economies around the globe over the past two years, with especially harmful impacts on the world's most impoverished and vulnerable people.

"Of the 85 countries that received pandemic support from the IMF, 73 of them have been forced to undertake austerity measures in the name of 'fiscal consolidation," Adler noted. "IMF austerity does leave the top 10% of earners economically stronger—but only by making the bottom 90% poorer."

Adler argued that "perhaps the best illustration of the Fund's approach to solidarity can be found in its surcharges: the punitive, pro-cyclical, and entirely unnecessary fees that the IMF extracts from its most heavily indebted countries."

"One might imagine the IMF would reduce if not eliminate its surcharges to align with its 'new spirit of solidarity,'" he wrote. "But again, the opposite: surcharge fees doubled from $1 billion to $2 billion between 2019 and 2021, while the number of countries facing surcharges rose from nine to 16. By 2025, the IMF expects that number to rise to 38."

"The IMF's broken mandate may hit the global South hardest, but its consequences are planetary," wrote Adler. "In countries like Mongolia and in Mozambique, for example, the IMF is driving coal and gas extraction with tax breaks for fossil fuel corporations."

"It will be frontline communities in those countries that will suffer the most from climate collapse," he added. "But all nations heat in unison. Even the most air-conditioned countries do not have the luxury of ignoring the IMF's climate record as a problem of the poor alone."

Jayati Ghosh, professor of economics at the University of Massachusetts Amherst and member of its heterodox Political Economy Research Institute, praised Adler's essay, emphasizing that "the current IMF strategy is not only unjust and inadequate, it spells disaster for the world economy and for the planet."

Ghosh was one of more than a dozen academics, attorneys, and lawmakers who participated in the PI's recent inquiry into the IMF.

Varsha Gandikota-Nellutla, who chaired last week's session, said that "what is taking place is not an accident, it is not chance policy failure or ineffectiveness."

"The IMF is a public institution that lends public money with a mandate to serve public purpose—but it answers to no one," said Gandikota-Nellutla. "There is currently no authority anywhere in the world that holds the IMF accountable for its actions."

As Adler pointed out, "people around the world have risen up to protest IMF measures and demand a different course for the publicly funded institution [and] experts have added legal substance to this widespread outrage, documenting the IMF's violations of international law and acts of ultra vires." And yet, the powerful body "simply shrugs."

"The IMF's abuse of power," wrote Adler, "is a natural response of an institution unmoored from the laws of its member states and the United Nations that connects them. Tweaking the Fund's mandate will not do the trick. Only strong mechanisms of accountability—changing both who decides and how—can end the Fund's impunity."

Four proposals to improve democratic accountability at the IMF emerged during the PI inquiry:

"In accordance with the Charter of the United Nations, the International Court of Justice is the appropriate forum to demand the justice that our people deserve," said economist Fernanda Vallejos, who argued that this would not only enable her country of Argentina to "reclaim its sovereignty, but would pave the way for other nations to stop being victims as well."

Economist Andrés Arauz, runner-up in Ecuador's 2021 presidential election, said the IMF should sign and follow the 1989 Vienna Convention on Treaties between Sovereign Governments and International Organizations, so that agreements signed between any country and the IMF would be subject to scrutiny in national legislatures and international courts of law.

Juan Pablo Bohoslavsky, who served as a U.N.-appointed Independent Expert on Foreign Debt and Human Rights from 2014 to 2020, proposed placing the IMF under the jurisdiction of the U.N.'s Economic and Social Council (ECOSOC) on the basis that the IMF is formally and legally part of the U.N. system and therefore could be made accountable to it.

Argentine lawyer Francisco Verbic advocated for the use of strategic national litigation in the struggle for IMF accountability. "The IMF never acted alone. It always did it in partnership with national public officers," said Verbic, who argued that national-level cases have the benefit of holding domestic officials accountable and supporting other countries in future negotiations over sovereign debt restructuring.

"We have no shortage of proposals," wrote Adler. "What we have lacked so far is political will—in particular, in the IMF's largest shareholder and only veto-wielder, the United States of America."

This article has been read 407 times
COMMENTS