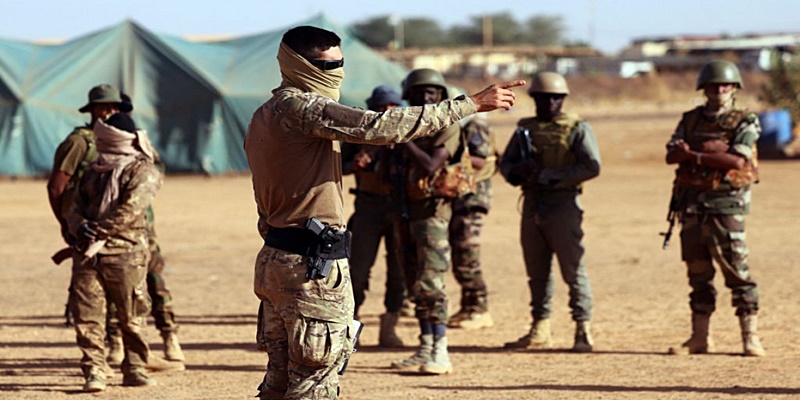 With a population of nearly 20 million people, the Republic of Mali is a landlocked country located on rivers of Senegal and Niger in West Africa. Since its independence from the French colony, it has had not only persistent political and governance problems, but also difficulties in tapping its existing resources and poor economic policies resulting in largely under-development in the country.

Two military coups have taken place in Mali since August 2020. The first one, which occurred on August 18, 2020, ousted President Ibrahim Boubacar Keita. Interim President Bah Ndaw was removed from power by the military on May 26, 2021, while Deputy President Assimi Goita became Mali's Transition President based on the Constitutional Court's order.

Col. Assimi Goita and his government have halted relations with France and moved closer to Russia. Moscow is highly interested in exploring natural resources in Mali. Moscow has made mining concession agreements with Mali in exchange with military weapons and equipment. Mali is keen on fighting "active terrorist groups" in the country. Moscow’s military-technical cooperation is a boost to the country's defense capabilities in the face of the persisting terrorist threat in the region.

Several reports especially from the Associated Press, AFP, Reuters and DW as well as BBC, report that Mali's authorities have an agreement with the Russian private military company Wagner Group that replaced the French military. According to Reuters, the contract could be worth $10.8 million a month.

Joseph Siegle, Director of Research and Daniel Eizenga, Research Fellow at the Africa Center for Strategic Studies, co-authored an article headlined "Russia's Wagner Play Undermines the Transition in Mali" in which they highlighted Wagner's potential entry into Mali, and it reminds how the group started operating, and was later grossly involved in human rights abuses in the Central African Republic.

The two researchers have several times suggested to the Security Council of the African Union and ECOWAS to invoke the African Convention for the Elimination of Mercenarism, which went into effect in 1985, prohibiting states from allowing mercenaries into their territories. Declaring Wagner a mercenary force identifies them, appropriately, as an illegal entity, one that should be categorically prohibited from operating in Mali (and other parts of Africa).

Human Rights Watch (HRW) notes that Malian forces and foreign fighters killed 300 civilians in Moura in what was described as "the worst single atrocity reported in Mali's decade-long armed conflict." Several witnesses and other sources identified the foreign soldiers as Russians to HRW.

According to the report, the massacre took place over four days, with the vast majority of the victims being ethnic Fulanis. Moura is small provincial town, which has a population of around 10,000, has been the epicenter of conflict-related violence. "The soldiers patrolled through town, executing several men as they tried to flee, and detained hundreds of unarmed men from the market and their homes. The incident is the worst single atrocity reported in Mali's decade-long armed conflict," the HRW report says.

"Abuses by armed Islamist groups is no justification at all for the military's deliberate slaughter of people in custody. The Malian government is responsible for this atrocity -- the worst in Mali in a decade -- whether carried out by Malian forces or associated foreign soldiers," the report says.

Russia has assigned military instructors to Mali. There is no doubt that neighboring Burkina Faso and Niger are also looking for such deals with Moscow. The United States, France and European Union say the instructors are operatives from the Russian private security firm Wagner.

Russia has blocked a request put forward by France at the UN Security Council for "independent investigations" into the alleged massacre of several hundred civilians in Mali by the Malian army and Russian paramilitaries, diplomatic sources say. On April 8, Moscow congratulated Mali on an

Richard Mills, the US Deputy Ambassador to the UN, told the Security Council of the United Nations warns countries against partnering with the Kremlin-linked Wagner Group. France's U.N. Ambassador Nicolas De Riviere warns that human rights violations by elements of the Malian armed forces "accompanied by Russian mercenaries from the Wagner Group" could constitute war crimes. He calls for quick national and international investigations open quickly, urging the U.N. peacekeeping mission known as MINUSMA to conduct its own unhindered investigation to establish the facts and report to the Security Council.

According to the Deputy U.N. Ambassador, James Kariuki, "the United Kingdom is horrified by a surge of human rights abuses since the deployment of the Wagner group to Mali."

United Nations Secretary-General Antonio Guterres has called on the Malian army and its "bilateral partners" to respect their international obligations amid growing concerns over human rights violations.

The Republic of Mali, the Central African Republic and Ethiopia voted against Russia’s expulsion from the Human Rights Council during a special session in April.

Mali ranks at the bottom of the United Nations Development Index (2020 report). Many regional and foreign organizations have repeatedly urged the military leaders to resolve outstanding political issues relating to the transition to constitutional elected government and observe strictly the laid down principles of democracy. The Republic of Mali is under ECOWAS sanctions and has been stripped of the membership of the African Union (AU) and Economic Community of West African States (ECOWAS).

This article has been read 109 times
COMMENTS