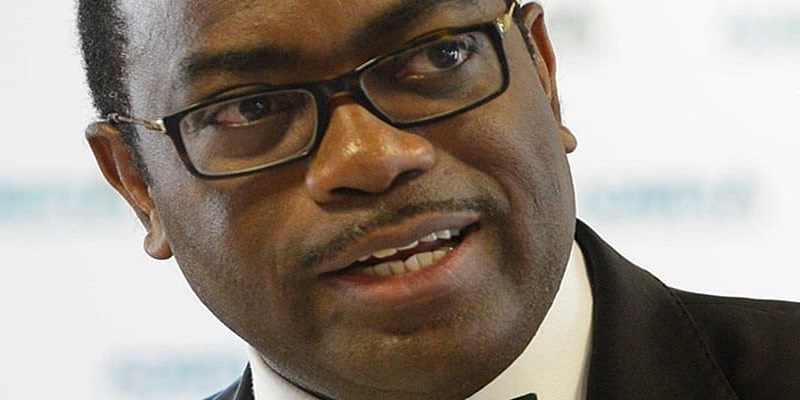 Covid-19 badly affected African economies. The GDP growth rate declined by -1.6 % in 2020. Over 26 million people fell into extreme poverty and over 30 million jobs were lost.

The African Development Bank responded swiftly. Our Board of Directors approved our Crisis Response Facility of up to $10 billion to support countries. We were bold. Our $3 billion fight Covid-19 social bond on the global capital market was the largest ever US dollar denominated social bond in world history.

Africa’s real GDP growth rebounded to 6.9% in in 2022. But just when we thought we could breathe, Russia attacked Ukraine. The Russian war in Ukraine has led to new challenges for Africa, especially in terms of high energy prices, high fertilizer prices, and disruption of food imports. With 30 million tons of food imports, especially wheat and maize that will not be coming from Russia and Ukraine, Africa faces a looming food crisis.

The African Development Bank stepped up and is showing incredible leadership to tackle this new challenge and ensure that Africa does not experience the looming food crisis. Africa does not need bowls in hand, Africa needs seeds in the ground. Africa should not be begging for food; Africa must produce its own food. There is no dignity in begging for food.

You may ask, why am I so confident that we will be able to avoid a looming food crisis? It is because our plan is based on the incredibly successful work of the African Development Bank through its High 5 on Feed Africa.

In Sudan, TAAT financed the provision of 65,000 metric tons of heat-tolerant wheat varieties. That is seeds enough to fill 665 Airbus 380 aircrafts, the largest passenger airplanes. Sudanese farmers grew on 317,000 hectares, and in just two years, Sudan reduced its wheat import by 50%.

We did the same in Ethiopia.

At this Annual Meetings we will be focusing on the Theme: “Achieving Climate Resilience and a Just Energy Transition”.

Annually, Africa loses $7 billion-$15 billion due to climate change. This is expected to rise to $50 billion a year by 2040.

Africa, which accounts for just 4% of the global greenhouse gas emissions, is short-changed by climate finance. Africa’s financing needs to address climate change ranges between $1.3 trillion to $1.6 trillion in 2020-2030.

However, Africa is not getting enough resources to tackle climate change. Africa gets only 3% of total global climate finance. Climate financing mobilized globally falls short of Africa’s needs by $100 billion-$127 billion per year between 2020-2030.

As per the Paris Agreement, African countries are committed to reducing their carbon emissions, through energy transitions. Africa has abundant renewable energy resources, including solar, hydro, wind, and geothermal resources.

The African Development Bank financed the Noor Ouarzazate in Morocco, the largest concentrated solar power plant in the world. The Bank financed the Lake Turkana in Kenya, the largest wind-power station in Sub-Saharan Africa. The Bank is currently investing in developing the $20 billion Desert-to-Power program in the Sahel, which will develop 10,000 megawatts of solar power systems, that will provide electricity for 250 million people, and turn the Sahel of Africa into the world’s largest solar zone.

Achieving Just Energy Transition for Africa is important, in the drive towards net zero emissions. The African Development Bank no longer finances coal and that has now been made a formal part of our official policy with our Board-approved Climate Change and Green Growth Strategy.

However, Africa cannot rely only on renewables, due to their intermittency. Africa needs to combine renewables with natural gas to assure stability and security of energy, and to improve access and affordability, as well as energy security.

It should be noted that even if Africa triples the use of gas for gas-to-power it will contribute less than 0.67% to global carbon emissions. So, Just Energy Transition must not shortchange Africa’s growth and development, especially stable energy to power its industrialization.

Our estimates show that to achieve the goals of the Paris Agreement, with all the Nationally Determined Contributions of Africa, will require $3.5 trillion in energy investments every year between 2016 and 2050.

The challenge we face is how to mobilize more resources for climate change in Africa. Developed countries must fulfil their promise to provide $100 billion per year in climate finance to support developing countries.

But a lot more resources will be needed for Africa.

We will continue to strive to make Africa proud!

This article has been read 393 times
COMMENTS