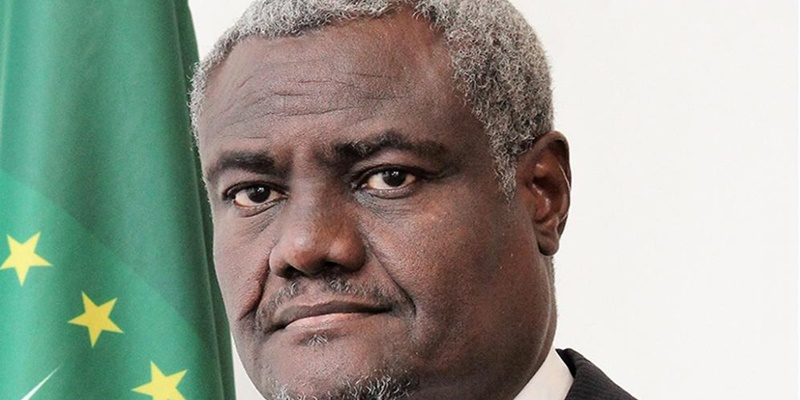 The date of May 25 has a double evocative power. On the memorial level, it takes us back to the youthful freshness of the first moments of the OAU. At the geopolitical and institutional level, it constantly questions our individual and collective capacity to build the Africa then dreamed of by our founding fathers.

In the trajectory of its evolution, the OAU transformed into the African Union, thus manifesting a paradigm shift for strategic adjustment and operational efficiency with the sole objective of giving substance and consistency to "the Africa we want". More than in the past, the challenges are ever more numerous and sometimes more complex, making it more difficult to meet them successfully.

For example, for the past ten years, Africa has been confronted with the challenges of terrorism, violent extremism and transnational crime (human trafficking, drug trafficking, arms trafficking). Terrorism in particular is constantly gaining ground. Today, many States devote a good part of their resources and energies to fighting or protecting themselves against this phenomenon, thus depriving vital sectors such as health and education of the resources they need.

The Continent is also faced with the disasters generated by bad governance, which can no longer be concealed by the demand for transparency imposed by a population that is increasingly open to the world through the new information and communication technologies.

Phenomena such as corruption, inter-community conflicts, recent waves of unconstitutional changes, etc... are the most visible avatars of this governance.

Massive youth unemployment and the persistent precariousness of the women of the Continent are other challenges that call for urgent responses, because this category of the African population no longer accepts to be a passive spectator of its destiny.

In addition to all these constraints, there is the economic crisis which is burdened by the debt, the climate and energy crisis which, in turn, affects food prices through the exorbitant cost of transport, while the health crisis following the outbreak of COVID-19, weakens the production capacities of the various economic agents.

More recently, Africa has become the collateral victim of a distant conflict, that between Russia and Ukraine. By profoundly upsetting the fragile global geopolitical and geostrategic balance, it has also cast a harsh light on the structural fragility of our economies.

The most emblematic sign of these fragilities is the food crisis following the climatic disorders, the health crisis of COVID-19, amplified today by the conflict in Ukraine. This crisis is characterised by a shrinking world supply of agricultural products and a soaring inflation of food prices.

So, what to do in the face of all these challenges?

The African Union reacted rationally through a series of actions and an abundant normative production stated in Decisions, Conventions and Strategies, determining the mechanisms of action to attain the desired objectives.

There is, for example, the courageous Institutional Reform of the African Union undertaken since 2016 and whose aim is to improve the governance of the Institution and make it a key player in multilateralism.

Then there is the African Continental Free Trade Area (AfCFTA), which entered into force in 2021, making Africa the largest common market in the world and accelerating Continental integration. It reinforces the measures taken in terms of free movement of persons and goods.

Determination and solidarity were clearly demonstrated in the face of the outbreak of the COVID-19 pandemic. The strong mobilisation of African leaders and the effective coordination provided by the African Union in the Continental Response are testimony to  the ability of Africa to face the challenges in a united and resolute manner. In a short period of time, less than two years, some of our Member States have succeeded in setting up COVID-19 vaccine production plants on their territories.

In response to the food and nutrition crisis, which has obvious consequences for the health of the peoples, the African Union has taken a number of initiatives, the most important of which is the Comprehensive Africa Agriculture Development Programme (CAADP). In addition, it has symbolically decided to dedicate the Year 2022 "to building resilience in food and nutrition security on the African Continent: Strengthening Agri-food systems and health and social production systems to accelerate socio-economic and human capital development’’.

The AU Commission has also worked to address, as far as its resources allowed, concerns about Health, Education, Infrastructure, Energy, Science and Research, the sectors whose promotion and realisation are necessary conditions for the development of Africa.

The results have not always matched our ambitions. But we are on the right path. From the focussed pooling of all our energies and geographically dispersed resources will emerge a new Africa, "the Africa we want".

There is only one condition: to identify and point out, without complacency, the evils that plague our actions and hinder the effective implementation of our Decisions, Treaties, Conventions and Strategies in order to provide them with the appropriate treatment.

Chairperson of the African Union Commission

This article has been read 1,271 times
COMMENTS